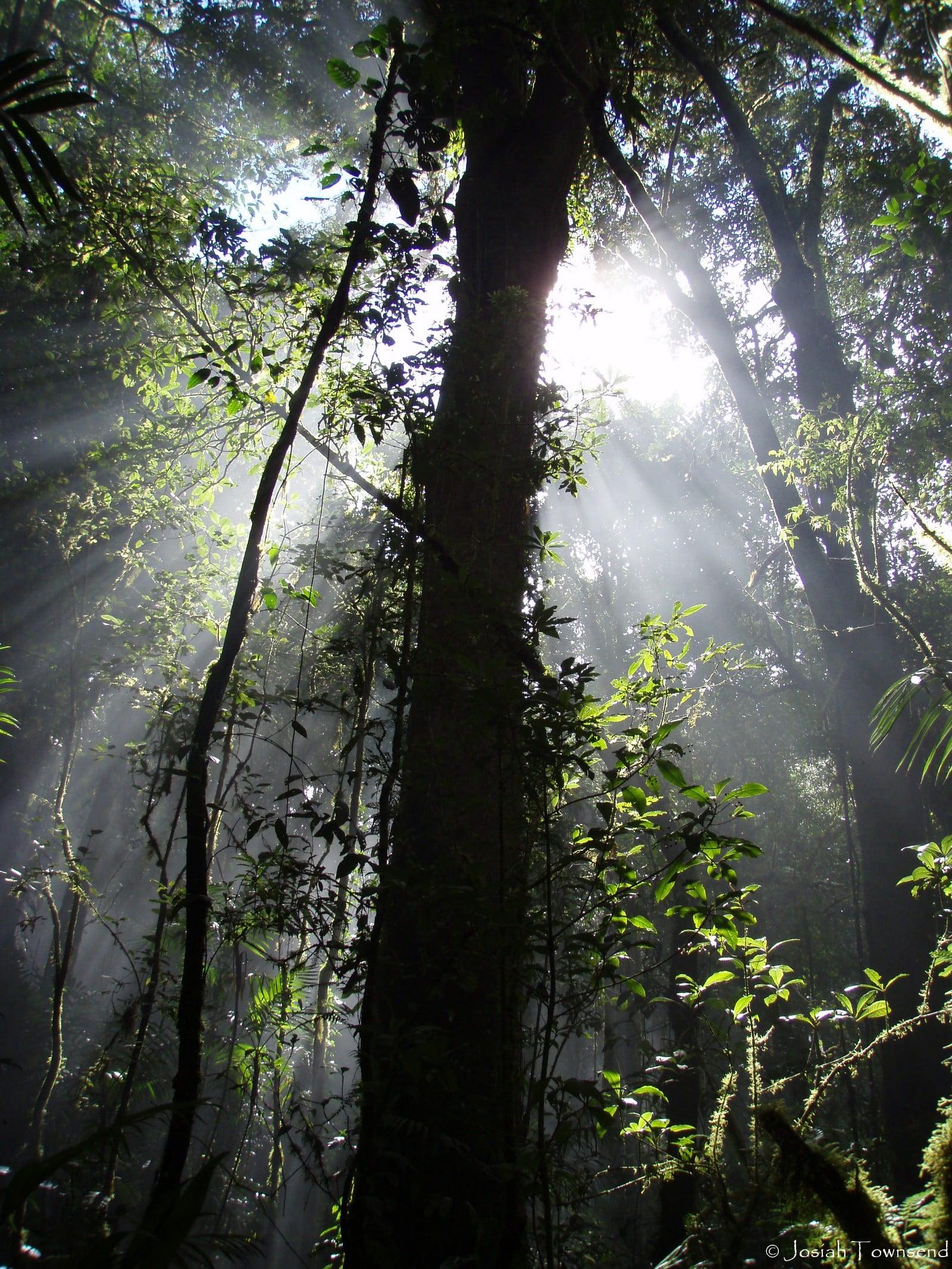 Although the relevant text of the Sherman Act remained unchanged for most of the twentieth century, courts’ interpretations of its extraterritorial reach fluctuated dramatically. In 1909, the U.S. Supreme Court adopted a territorial approach in American Banana, described in a recent post, holding that the Sherman Act applied only to anticompetitive conduct in the United States. By 1945, U.S. courts had shifted to an effects approach, most closely associated with the Second Circuit’s Alcoa decision, under which the Sherman Act applied extraterritorially to conduct abroad that caused substantial effects in the United States.

The Ninth Circuit’s 1976 decision in Timberlane Lumber Co. v. Bank of America presented a third alternative: a balancing approach under which U.S. courts would weigh the interests of the United States against those of other nations to decide whether to apply U.S. antitrust law. A decade later the American Law Institute endorsed this balancing approach in § 403 of the Restatement (Third) of Foreign Relations Law. Although Timberlane’s approach persists today in a few areas, the U.S. Supreme Court ultimately turned to other tools to determine the geographic scope of federal statutes, leaving the balancing approach behind. In this Throwback Thursday, I look at Timberlane, the decision that first adopted a balancing approach for antitrust cases, and consider how that approach has fared.

Timberlane Lumber Co. was an Oregon partnership in the business of importing lumber. It alleged that Bank of America (a California corporation) and its subsidiary in Honduras conspired to prevent Timberlane from milling lumber in Honduras and exporting it to the United States in order to benefit Honduran lumber companies financed by the bank.

Timberlane tried to enter the Honduran market by purchasing a mill and other assets from Lima, a Honduran lumber company in financial trouble. Interests in Lima’s assets had passed to its creditors: Bank of America, an individual named Casanova, and Lima’s employees who had not been paid their wages. Timberlane’s partners formed two Honduran companies to purchase the employees’ interests in Lima’s assets. But the bank refused to sell its interests to Timberlane, instead transferring them to Casanova, who then transferred the bank interests and his own to Jose Caminals Gallego. Caminals brought an action in Honduran court to seize the assets in which he had a partial interest, effectively shutting down Timberlane’s milling operation in Honduras.

At the time, the dominant approach to the geographic scope of the Sherman Act was the effects approach articulated by Judge Learned Hand in the Alcoa case. Many commentators had opined that the effects in the United States had to be direct and substantial for U.S. antitrust law to apply to anticompetitive conduct abroad.

In a scholarly opinion, Judge Herbert Choy criticized the effects test as “incomplete because it fails to consider other nations’ interests.” Requiring that the U.S. effects be direct and substantial was

not a sufficient basis on which to determine whether American authority should be asserted in a given case as a matter of international comity and fairness. In some cases, the application of the direct and substantial test in the international context might open the door too widely by sanctioning jurisdiction over an action when these considerations would indicate dismissal. At other times, it may fail in the other direction, dismissing a case for which comity and fairness do not require forebearance [sic] ….

Instead, Choy proposed “an evaluation and balancing of the relevant considerations in each case,” what Professor Kingman Brewster had called a “jurisdictional rule of reason.”

The elements to be weighed include the degree of conflict with foreign law or policy, the nationality or allegiance of the parties and the locations or principal places of businesses or corporations, the extent to which enforcement by either state can be expected to achieve compliance, the relative significance of effects on the United States as compared with those elsewhere, the extent to which there is explicit purpose to harm or affect American commerce, the foreseeability of such effect, and the relative importance to the violations charged of conduct within the United States as compared with conduct abroad.

As Choy’s reference to Brewster shows, case-by-case balancing to determine the extraterritorial scope of a federal statute was not a new idea. Indeed, Choy drew his list of factors directly from Brewster’s 1958 book Antitrust and American Business Abroad. The U.S. Supreme Court had also applied a balancing approach to maritime tort claims brought under the Jones Act in Lauritzen v. Larsen (1953). But no court before Timberlane had expressly adopted a balancing approach for antitrust cases.

What seems to have changed the intellectual climate was publication of the Restatement (Second) of Conflictsin 1971, which Choy cited in addition to Brewster. The Restatement (Second) adopted an interest-balancing approach to the conflict of laws, reflected in its “most significant relationship” test and its list of factors in § 6. As I have recounted elsewhere, earlier courts had looked to conflicts theory for guidance on the reach of U.S. law, including the Supreme Court in American Banana and the Second Circuit in Alcoa. When Choy searched for a solution in “the field of conflict of laws,” he found interest-balancing legitimized by the Restatement (Second).

Other circuits followed Timberlane’s lead. The Third Circuit adopted the case-by-case balancing approach in Mannington Mills, Inc. v. Congoleum Corp. (3d Cir. 1979), the Tenth Circuit did so in Montreal Trading Co. v. Amex, Inc. (10th Cir. 1981), and the Second Circuit did too in O.N.E. Shipping Ltd. v. Flota Mercante Grancolombiana, S.A. (2d Cir. 1987). The D.C. Circuit, on the other hand, rejected case-by-case interest balancing in Laker Airways v. Sabena, Belgian World Airlines (D.C. Cir. 1984), noting that “there are substantial limitations on the court’s ability to conduct a neutral balancing of the competing interests” and that “the adoption of interest balancing is unlikely to achieve its goal of promoting international comity.”

The Restatement (Third) of Foreign Relations Law, published in 1987, adopted Timberlane’s balancing approach with respect to all exercises of prescriptive jurisdiction. The reporter for the Restatement’s sections on jurisdiction, Professor Andreas Lowenfeld, had advocated such an approach in his 1979 Hague Lectures.

Section 403 of the Restatement (Third) stated that, even when a basis for prescriptive jurisdiction was otherwise present, “a state may not exercise jurisdiction to prescribe law with respect to a person or activity having connections with another state when the exercise of such jurisdiction is unreasonable.” Courts were to determine whether applying U.S. law would be reasonable by considering a nonexclusive list of eight factors, including the links of the activity to various states, “the importance of regulation to the regulating state,” and “the extent to which another state may have an interest in regulating the activity.” Whereas Timberlane had adopted this balancing approach as a matter of international comity, the Restatement (Third) asserted that it was “a rule of international law,” although it cited almost no state practice supporting the rule other than U.S. cases.

The Supreme Court Turns Away

The highpoint for Timberlane’s balancing approach was 1987. In that year, the Restatement (Third) was published, the Second Circuit followed Timberlane in an antitrust case, and the Supreme Court adopted a reasonableness requirement for personal jurisdiction in Asahi, a case in which Professor Lowenfeld had filed an amicus brief relying on the Restatement (Third).

But to determine the geographic scope of federal statutes, the Supreme Court soon turned to other tools. In 1991, the Court resurrected the presumption against extraterritoriality and substantially revised it in 2010. The presumption does not operate on a case-by-case basis but rather on a statute-by-statute basis, generating tests for the geographic scope of each provision based on Congress’s indications and the “focus” of the provision. Over the past three decades, the presumption against extraterritoriality has become the principal judicial tool for determining a statute’s geographic scope.

In 1993, Timberlane’s balancing approach came before the Supreme Court in an antitrust case out of the Ninth Circuit, Hartford Fire Insurance Co. v. California. In an antitrust suit brought by state attorney generals against U.S. and foreign insurance companies, the district court dismissed after weighing Timberlane’s factors. On appeal, the Ninth Circuit weighed the same factors and reversed. Before the Supreme Court, the defendants argued for dismissal based on “international comity,” citing Timberlane and the Restatement (Third) and supported by an amicus brief written by Professor Lowenfeld.

The Supreme Court did not endorse Timberlane’s balancing approach. While reserving the question whether international comity would ever justify dismissal of antitrust claims, the Court held that dismissal would not be justified in the absence of a “true conflict,” which the Court defined for these purposes as foreign law requiring what U.S. law prohibits. At a minimum, Hartford cabined Timberlane’s approach, limiting it to cases of serious conflict with foreign law. Justice Scalia dissented on this point, arguing in favor of interest balancing and invoking Restatement (Third) § 403 as an accurate statement of customary international law. (Several years later, Scalia reverted to his more typical position against balancing, arguing that “fine tuning” the extraterritorial reach of statutes “through the process of case-by-case adjudication is a recipe for endless litigation and confusion.”)

In 2004, the Supreme Court had another opportunity to consider Timberlane’s approach in F. Hoffman LaRoche, Ltd. v. Empagran, S.A. Empagran required the Court to interpret the Foreign Trade Antitrust Improvements Act of 1982, which says that the Sherman Act does not apply to conduct involving foreign commerce (except import commerce) unless the conduct has a direct, substantial, and reasonably foreseeable effect in the United States. Although the Court cited § 403 in support of a general reasonableness requirement, it specifically rejected case-by-case balancing, calling that approach “too complex to prove workable.”

Yet Timberlane lives on in limited areas. The circuits that adopted it in antitrust cases have followed Hartford Fire in limiting it to cases of “true conflict,” but some courts continue to dismiss antitrust claims based on case-by-case balancing, most recently the Second Circuit in the Vitamin C case. And, as noted above, some circuits have adopted similar approaches for trademark claims under the Lanham Act.

The U.S. Supreme Court may soon get the chance to consider Timberlane’s approach again. There is a petition for certiorari pending in the Vitamin C case. Another petition asks the Supreme Court to resolve a circuit split over the geographic scope of the Lanham Act, and the Court has indicated some interest by calling for the views of the Solicitor General. We shall see whether the Supreme Court breathes new life into Timberlane, drives the final nail into its coffin, or allows it to stumble on, zombie-like, in the lower courts.