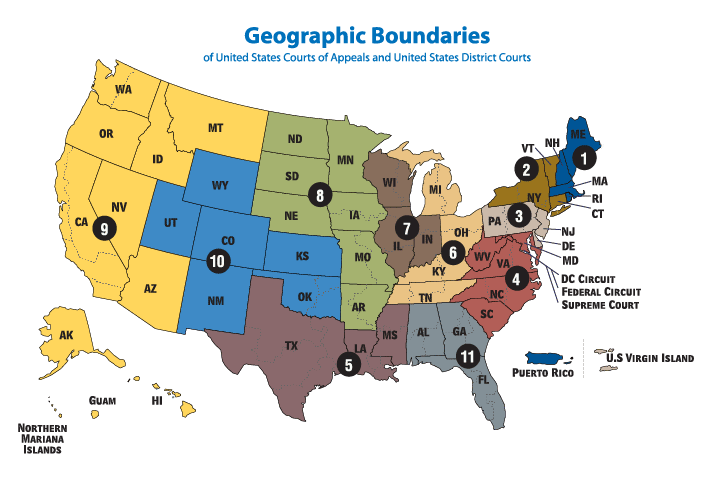 The Supreme Court has not explained how federal judges should evaluate parallel litigation in foreign courts. If the same parties are litigating the same issues before a foreign tribunal, should the federal court stay its hand? Or should it proceed until one or the other of the cases results in a judgment? The traditional European approach has been the former (the proverbial “race to the courthouse”), while the traditional U.S. approach has been the latter (the proverbial “race to judgment”). In a recent article, I mapped out the different approaches to this question that the lower federal courts are taking. This post describes the three main camps (as of 2021) and suggests they are similar in important respects.

As a starting point, the Supreme Court has explained how federal judges should treat parallel proceedings in other U.S. courts. If the parallel proceedings are pending in a state court, Colorado River Water Conservation District v. United States instructs federal courts to defer to the state court proceedings only in exceptional circumstances. Because federal courts have a “virtually unflagging obligation” to exercise the jurisdiction given to them by Congress, they should be wary of declining that jurisdiction even if it means duplicative litigation in state courts.

That concern doesn’t arise, however, if the parallel litigation is pending in another federal court: the congressional grant of jurisdiction to the federal courts is still being exercised, allowing concerns for efficiency and fairness to take center stage. Thus under Landis v. North American Co., federal judges will presumptively stay litigation if there is a parallel suit already pending in a different federal court.

In the absence of clear guidance from the Supreme Court regarding parallel proceedings in foreign courts, the lower federal courts have followed one of three approaches:

The First, Eighth, and Tenth Circuits have not yet addressed the question of foreign parallel proceedings. But leading district court decisions in all three circuits have adopted an identical test. That test also starts from an analogy to federal-state parallel proceedings; it is very similar to Colorado River, but it originated (in the Southern District of New York) before that decision and is thus phrased slightly differently. Like Colorado River, it considers the similarity of the parties and issues and the order in which the suits were filed. But instead of “the relative inconvenience of the federal forum,” it weighs more specifically issues of fairness and convenience for the parties and witnesses, the possibility of prejudice to any of the parties, the adequacy of relief in the alternative forum, and the promotion of judicial efficiency.

The Eleventh Circuit mixed this district court test with Colorado River, added some factors related to judgment enforcement, and called its approach “international comity abstention.” The Second Circuit drew on the Eleventh Circuit model in formulating its own “international comity abstention” for parallel proceedings. The Second Circuit, for example, considers the similarity of the parties and issues, the order in which the suits were filed, the adequacy of the other forum, the convenience of the parties, the potential prejudice to either party, and—unlike the other two approaches—the connection between the litigation and the United States and the connection between the litigation and the foreign jurisdiction.

The three approaches to federal-foreign parallel proceedings are obviously quite similar to one another. Most significantly, all three of these approaches start from an analogy to federal-state parallel litigation, which means that the default presumption is to permit duplicative litigation. While some earlier district court decisions had instead invoked Landis and deferred more readily to foreign proceedings, those decisions have since been overtaken by the other approaches.

Unsurprisingly, all three of these approaches also require the proceedings to in fact be parallel, meaning that the parties and issues are substantially the same. They also all consider the order in which the suits were filed. Most of the other factors considered under each approach relate to the question of nexus: does the foreign forum have a significantly greater relationship with the dispute? Indicia of nexus include the location of parties and evidence, the source of applicable law, and whether either court will be able to provide all the requested relief. These nexus considerations in turn overlap with concerns about fairness and prejudice.

The choice among these three approaches, then, may not be very significant. I nonetheless offer four suggestions. First, courts should avoid the label of “international comity abstention.” That label is also used for other doctrines, leading to confusion and conflation (as I have argued here and here).

Second, the Colorado River approach has two small benefits over the other approaches. It correctly treats similarity of parties and issues as a threshold question—courts should determine that the proceedings are in fact parallel before they continue with the analysis. And it includes not just the order in which the cases were filed, but also the relative progress of each proceeding, which is often a more meaningful indicator of which proceeding should take precedence.

Third, federal courts might nonetheless want to distinguish more clearly between federal-state and federal-foreign parallel proceedings. State courts are still bound by the same Constitution and common law traditions, are geographically proximate, and issue judgments entitled to full faith and credit within the United States. The stakes are thus higher when a federal court stays or dismisses a case in favor of proceedings before a foreign court.

Fourth and finally, when designing or adopting tests, judges should think about what precisely each factor is addressing. Are the factors unnecessarily repetitive—different means of asking the same underlying question? And are the factors concrete and ascertainable, such that judges can easily and reliably assess them? For example, in the Second Circuit test, there is overlap among the convenience of the parties, potential prejudice to the parties, and “the connection between the litigation and the United States.” What the courts really have in mind (and what would be simpler to assess) might be (1) where the parties are located, (2) where the evidence is located, (3) the inability of a forum to provide complete relief (or other potential prejudice to a party), and (4) the applicability of forum law. In general, courts could do a better job of distinguishing between the values underlying a parallel proceedings doctrine (e.g., fairness and judicial efficiency) and the factors that judges can assess in determining whether deference is appropriate (e.g., indicia of nexus to each forum).

Finally, there are two other approaches that federal courts could take, but neither is currently appropriate. First, federal courts have occasionally used forum non conveniens to defer to foreign parallel proceedings. This is ill-advised because forum non conveniens doesn’t require similarity of parties or issues, which should be a prerequisite for deference to any parallel litigation. It also doesn’t include other considerations relevant to parallel litigation, such as the degree of progress (or lack thereof) in the foreign forum. The question of parallel proceedings merits its own distinct analysis.

Second, European countries defer more automatically to the first-filed case (akin to the Landis approach to federal-federal parallel litigation). The European approach to lis alibi pendens is formalized in the Brussels I Regulation (recast). There could be a benefit in the United States joining a similar jurisdictional convention: it would provide a brighter line rule; align U.S. practice with that of its European trade partners; and avoid wasteful duplicative litigation. Such a treaty would also alleviate Colorado River’s concern about rejecting congressionally granted jurisdiction, given that treaty ratification and implementation would reflect congressional approval. But until Congress has spoken, federal courts should continue to exercise caution when asked to decline their jurisdiction.