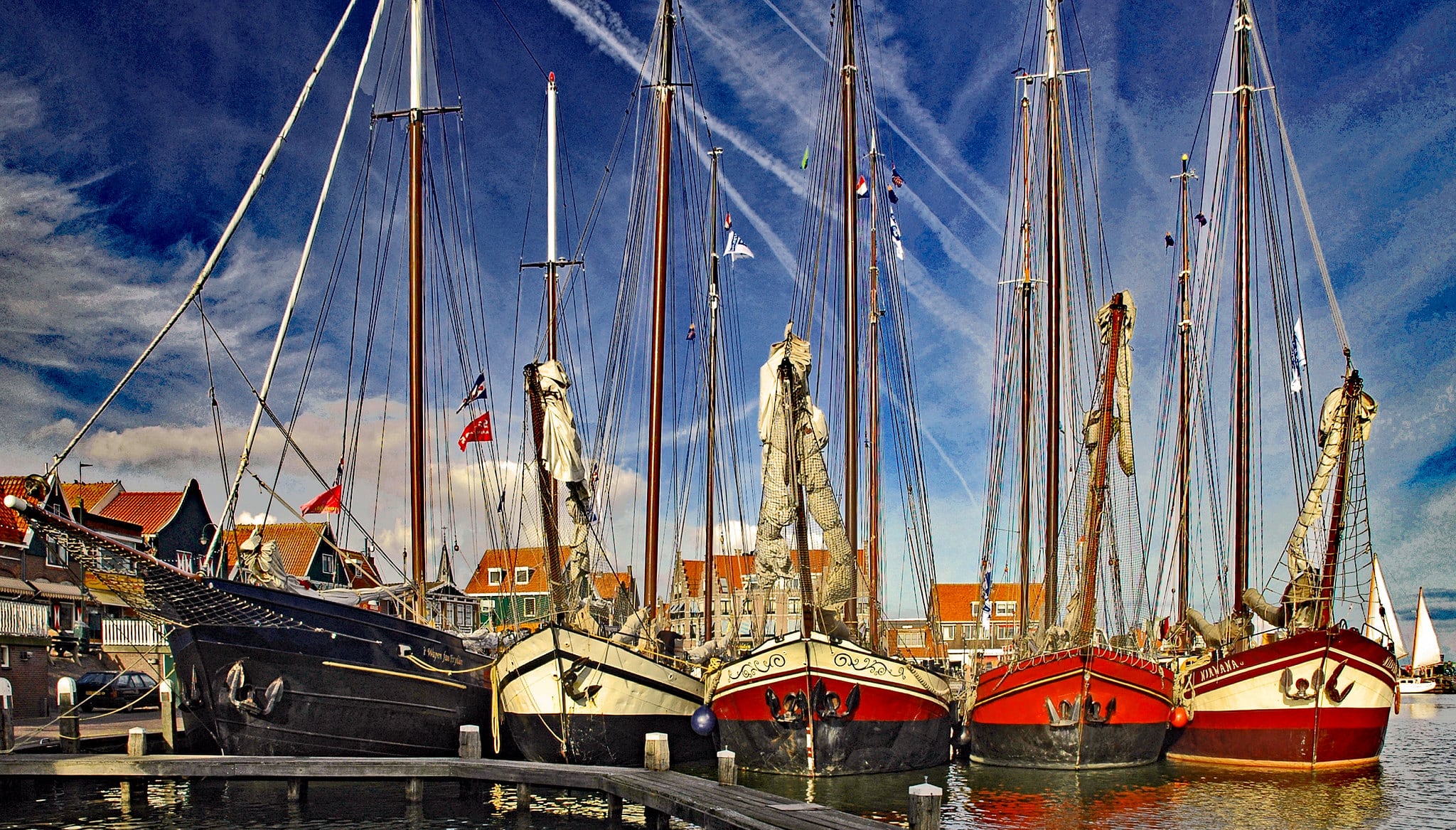 Litigation in U.S. courts involving gross misconduct committed outside the United States by non-U.S. actors did not begin with the revival of the Alien Tort Statute in the 1980s. In the earlier era of global trade that centered around maritime commerce, U.S. admiralty courts at times remedied—often with moral outrage—wrongs committed on the high seas. That included abusive treatment of foreign sailors by their foreign masters. As the District of Pennsylvania declared in 1790, a foreign captain’s “uncommon severity and cruelty” to his foreign crew was sufficient to release the sailors from any remaining contractual duty to their ship, “the rights of humanity being superior to the specific laws and customs of any nation.” This Throwback Thursday post describes a few examples of nineteenth-century federal admiralty courts acting as self-conscious “court[s] of the world” in condemning and remedying the abuses of seamen.

In The City of Carlisle (D. Ore. 1889), William Basquall, a sixteen-year-old Irish apprentice on a British ship sailing from Liverpool to Portland, Oregon, sued over a head injury he suffered while crossing the Atlantic, as well as neglect and maltreatment during the voyage. According to Judge Deady’s findings of facts, Basquall was struck in the head by a falling “clew-iron, an irregular shaped ring of four or five pounds weight,” which “fractured and depressed his skull” and knocked him unconscious. He was carried to his bunk, where he was “left in an unconscious or delirious state, sweltering and rolling in his own excrement.” After six or so weeks, the ship’s captain ordered him back to work on twelve-hour shifts, even though Basquall’s left side was paralyzed from the injury. His eyesight and memory were also weakened, leading the captain to “habitually accost[] him in a harsh, derisive, and contemptuous manner, calling him a ‘useless bugger,’ a ‘wastrel,’ and the like.”  Judge Deady’s description of Basquall’s treatment was graphic:

The wound on the libelant’s head was still a running sore when he was set to work; at the same time he had a bad bed sore on his buttock, another on his heel, and one on his ankle. On account of the latter two he could not wear his shoes, and in the tropics the hot deck burned his feet. From neglect, these bed sores got proud flesh in them, and finally, at the suggestion of one of the crew, the libelant went to the master and asked him ‘to burn’ them, which he did with caustic, repeatedly. In so doing he made the libelant let down his trousers, while on the poop, and needlessly expose his private parts, at the same time making brutal and indecent remarks to him on the subject.

When the ship reached Portland and Basquall sought out a boarding house, the concerned matron took him to the hospital, where he finally received medical care. The ship’s master, meanwhile, seemed relieved to be rid of him.

Though admiralty courts had discretion to decline jurisdiction in cases like this one that today might be labeled foreign-cubed, the court felt to do so here “would be equivalent to a denial of justice.” “Indeed,” Judge Deady wrote, “it is shocking to think of turning this poor helpless boy out of court in a civilized country without redress for a grievous wrong, upon the theory that he has a remedy in the courts of his own country, when it is apparent that, however just may be the laws of such country and impartial their administration, such remedy is, under the circumstances, to him utterly unavailable” given the difficulty of gathering the same evidence in England. He awarded Basquall $530 for medical costs and lost wages, and another $1,000 for “gross neglect and cruel treatment.”

The libelant [Bolden], who is a North Carolina negro, came to Port Townsend from Valparaiso, as a member of the crew of the Chilian ship Atacama. On account of injury to his wrists and hands, he is in a most deplorable condition. The actual physical condition of those members, and the uncontradicted testimony of the Physicians who have examined and treated him, proves that he has been subjected to torture, by having both wrists so tightly bound by handcuffs or cords as to arrest circulation for such length of time as to produce what the doctors term ‘strangulation.’ The skin and flesh of both palms have been blistered, causing decay, and the skin of his knuckles has, by severe bruising or chafing, been destroyed. Just above each wrist joint there are deep scars, completely encircling the wrists. The cords are so affected that his fingers remain bent, and the testimony shows that some of them, at least, can never be straightened. He is probably permanently disabled from performing any labor requiring him to grasp ropes or implements, so that it will be unsafe for him to ever attempt to perform the duties of a sailor.

“By whom and in what manner were these injuries inflicted?,” Judge Hanford asked. By Jensen (the captain) and McLean, whose precise role was unclear but who had acted as agent for the Chilean ship and appeared to be in charge during the voyage. Bolden had quarreled with the second mate, leading to a fistfight on the deck that Bolden was winning—when Jensen came to the second mate’s rescue, hitting Bolden with a belaying pin and carrying him, with McLean’s help, to a small room where they locked him in irons. According to Bolden:

his wrists were handcuffed behind his back, a rope was rove through the handcuffs, or a connecting link, and three turns of it were taken around his neck, and it was then passed through the handcuffs or link, and then to a ringbolt in the ceiling or wall of the room, and made fast, so that his position was such as to compel him to keep his head drawn backward, and to stand on his toes in order to relieve his arms from the pain of being drawn up behind his back, and he was kept in that position, without relief and without water, until nearly noon of the following day, during all of which time he was in terrible pain. The vessel was at that time in the tropics, and the room in which he was shut up was close and hot. He called and begged for water to drink, but none was given to him. When he was finally relieved, his hands were swollen and stinking.

Judge Hanford found Jensen’s and McLean’s contrary account—that they had bound Bolden humanely and that he had inflicted these injuries upon himself—utterly unbelievable. He also had no doubt that the case was an appropriate one for resolution in U.S. court: “Although the injury was inflicted at sea, on board a foreign ship, the case is within the jurisdiction of this court; and, even if the libelant were an alien, it would be the duty of this court, which for such cases is a court of the world, to administer justice.” He awarded Bolden $4,500.

A few years before Bolden v. Jenson, Judge Hanford held in The Karoo (D. Wash. 1892) that a captain had tricked or kidnapped men in Rio de Janeiro into service on the ship. Two had been hired to work as stevedores loading the ship, and another had ferried a visitor out to the ship in the harbor—but once on board, they were not allowed to go back to shore. The ferryman, for example, “informed the master that he was not in condition to go to sea, that he had no outfit for the voyage, and had even left his coat on shore.” Instead of letting him return to shore on the tug then guiding the ship out of the harbor, however, the captain detained him, declared him a “stowaway,” and set his wages at the de minimus rate of one shilling per month.

Judge Hanford awarded the men quantum meruit for their work on the ship (at a higher rate, one presumes, than that prevailing in Rio). He defended his decision over the apparent objection of shipping interests in Tacoma by declaring that the court’s “imperative duty, above any mercenary interest that any parties to this suit may have in the matter …, [was] the doing of justice, the up-holding of the maritime law of this country and of the world ….” Permitting the kidnapping of seamen would “reduce the shipping interests in a very short time to a dependency upon slave labor.” “In giving what I have to these men,” he concluded, “I have given them simple justice, and I think I have dealt mildly with the captain of this ship.”

Decisions like these predate the modern conception of human rights, and they involve no state actors. But there are interesting echoes of modern human rights litigation (as Jenny Martinez has noted, for example, in the context of admiralty courts and the slave trade). The cases involved foreign actors and extraterritorial harms—sometimes the only connection to the United States was the ship’s fleeting presence in port. Yet federal judges willingly heard these cases out of a shared interest in the humane treatment of sailors, invoking moral outrage and natural justice to buttress their legal conclusions.

Is MBS Entitled to Head of State Immunity?

By Ellen Nohle, Chris Ewell and Oona A. Hathaway

A Primer on Human Rights Litigation

The ATS Clarification Act Can Protect Human Rights and Level the Playing Field for U.S. Businesses

By Reynolds Taylor and Laynie Barringer