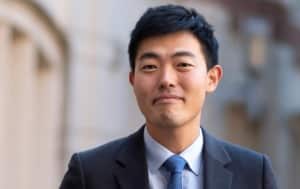 Will Moon is an Associate Professor of Law at the University of Maryland. His teaching and research interests include contracts, corporate law, and private international law. Professor Moon’s recent scholarship has appeared in Duke Law Journal, Iowa Law Review, Michigan Law Review, Northwestern University Law Review, and Vanderbilt Law Review. Prior to entering academia, Professor Moon worked as a litigation associate at Boies, Schiller & Flexner, LLP in New York City, where he specialized in cross-border commercial disputes. From 2013-14, Moon served as a law clerk to Judge Joseph A. Greenaway, Jr. of the United States Court of Appeals for the Third Circuit. Professor Moon holds a J.D. from the Yale Law School, where he served as a Senior Editor of the Yale Law Journal and a Coker Fellow. He received a B.B.A. from the Stephen M. Ross School of Business at the University of Michigan, where he was the founding Editor-in-Chief of the Michigan Journal of Business.

Posts by Will Moon

Among the most important provisions that litigators search for once alerted of a potential dispute are forum selection clauses embedded in a large number of modern commercial contracts. Over the past several decades, state legislators and the U.S. Supreme Court have increasingly enabled parties to litigate in U.S. courts, even for lawsuits with significant “foreign”…

Continue Reading
Read All Posts by Will Moon