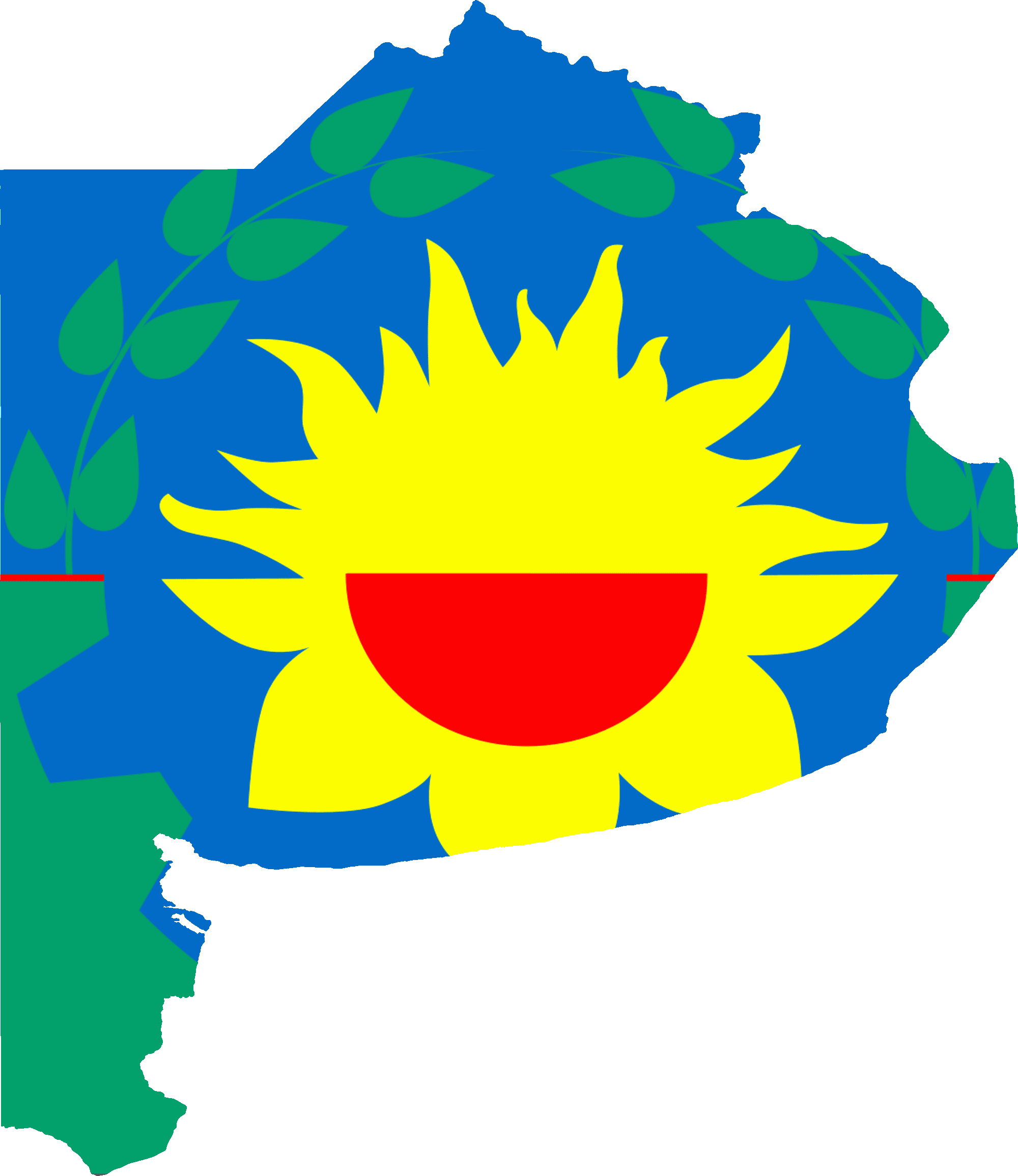 In 2017, after making a final request for payment, the plaintiff brought suit in German court pursuant to the notes’ forum selection clause. The German court granted judgment for the plaintiff. In 2021, the plaintiff filed a petition in the U.S. District Court for the Southern District of New York (SDNY) for recognition and enforcement of the German judgment under the Uniform Foreign-Country Money Judgments Recognition Act, which New York has adopted. The defendant moved to dismiss the suit for improper venue or, in the alternative, to transfer the case to the DDC.

The district court (Judge Colleen McMahon) held that the defendant had not waived objections to venue in the notes’ forum selection clause and that venue was not proper in the SDNY under the FSIA’s venue provision.

The notes have a forum selection clause that reads as follows:

Any suit, action or other legal proceedings (“Proceedings”) arising out of or in connection with the Notes may be brought in the District Court (Landgericht), Frankfurt am Main, Federal Republic of Germany. Holders of the Notes, however, are also entitled to pursue their claims under the Notes before any other court of competent jurisdiction, including the Supreme Court of Justice of Argentina. The Issuer hereby irrevocably submits to the jurisdiction of the District Court, Frankfurt am Main, Federal Republic of Germany and waives, to the fullest extent it may effectively do so, the defense of an inconvenient forum to the maintenance of such Proceedings and any present or future objection to such Proceedings whether on grounds of venue, residence or domicile. The Issuer agrees that a final judgment in any such Proceedings in the courts mentioned above shall be conclusive and may be enforced in other jurisdictions by suit on the judgment or any other matter [sic] provided by law.

Although the definition of “Proceedings” in the first sentence of this clause is broad, and might well encompass an action to enforce a foreign judgment in connection with the notes, the waiver of objections to venue is found in the third sentence of the clause. The third sentence begins with the issuer irrevocably submitting to the jurisdiction of the District Court in Frankfurt. The district court held that the waiver of “objection to such Proceedings … on grounds of venue” therefore referred only to proceedings in the District Court in Frankfurt. Ted Folkman agrees, and so do I. (The notes are governed by German law, so their interpretation is also governed by German law. But because the language of the clause is clear, Judge McMahon decided not to put the parties to the expense of hiring experts on German law.)

Venue Under the FSIA

In civil actions against foreign states, venue is governed by the FSIA, specifically 28 U.S.C. § 1391(f), which reads as follows:

(f) Civil Actions Against a Foreign State.—A civil action against a foreign state as defined in section 1603(a) of this title may be brought—

(2) in any judicial district in which the vessel or cargo of a foreign state is situated, if the claim is asserted under section 1605(b) of this title;

(4) in the United States District Court for the District of Columbia if the action is brought against a foreign state or political subdivision thereof.

Subsections (2) and (3) generally are not relevant when a judgment creditor seeks to enforce a foreign judgment or arbitral award.

Subsection (1) provides for venue “in any judicial district in which a substantial part of the events or omissions giving rise to the claim occurred, or a substantial part of property that is the subject of the action is situated” (emphasis added). The plaintiff in Palladian argued that the defendant’s assets in New York were the subject of its action to enforce the German judgment, but the district court disagreed. As other courts have done, Judge McMahon read the property prong of § 1391(f)(1) as limited to in rem actions concerning specific pieces of property. In a case like this one, therefore, the property prong would apply only if the original proceeds or the tax revenue pledged to repay the notes were present in the SDNY, which the plaintiff had not alleged to be true. That left only subsection (4), which provides for venue in the DDC, and so the judge transferred the case there.

Although the district court’s interpretation of § 1391(f)(1) is consistent with those of other courts, it seems wrong for three reasons. First, there is nothing in the text of the provision that limits it to actions in rem. It would have been easy enough for Congress to have written such a limitation into the statute if that is what Congress intended. Second, enforcing a judgment or an arbitral award requires the winning party to file a new and separate action. Under the plain language of subsection (f)(1), “the subject of the action” for recognition and enforcement is the property against which enforcement is sought, not the property that was the subject of the original dispute. Third, as Ted Folkman has noted, it is “cumbersome” for the winning party to have to file an action for recognition in DDC and then register the DDC judgment wherever the defendant’s assets are located. There is no good policy reason to force creditors to engage in this “FSIA two step.”

Other Obstacles to Enforcement

Although venue is clearly proper in the DDC, other obstacles to enforcement still lurk. I have discussed these elsewhere in connection with the enforcement of investor-state arbitration awards.

Finally, there is the FSIA’s waiver exception, § 1605(a)(1). The notes’ forum selection clause (quoted above) does not expressly waive sovereign immunity, and the decision does not refer to any other provision of the notes that might do so. The forum selection clause does expressly consent to jurisdiction in Germany, and it says that noteholders are “entitled” to enforce the notes in other courts of competent jurisdiction. It also says that final judgments in such proceedings “may be enforced in other jurisdictions by suit on the judgment or any other matter [sic] provided by law.” But to say that a judgment “may be enforced” is not necessarily to waive immunity from such an action. As Ingrid (Wuerth) Brunk and John Coyle have recently discussed, there are few cases examining whether clauses choosing a U.S. forum impliedly waive sovereign immunity from suit, and the language of this clause does not even go so far as to choose a U.S. forum.

A foreign state might also waive its immunity from suit by failing to raise it in a responsive pleading. But a motion to dismiss for improper venue is not a responsive pleading, so it appears that the Province of Buenos Aires can still raise it in the DDC. Moreover, because state immunity under the FSIA is a question of subject-matter jurisdiction, the district court in DDC has an obligation to address it even if the parties do not.

Immunity from Attachment and Execution

Second, there is the immunity of the defendant’s assets themselves from execution and enforcement. Under 28 U.S.C. § 1610(a), a foreign state’s assets are immune from post-judgment attachment and execution unless they are: (i) in the United States; (ii) owned by the foreign state; (iii) used for a commercial activity in the United States; and (iv) fall within one of the provision’s enumerated exceptions, of which the most relevant here would be (a)(1) (waiver of immunity from execution) and (a)(2) (“used for the commercial activity upon which the claim is based”).

Here, the plaintiff alleges that the defendant has assets in New York, but it is not clear whether those assets belong to the defendant Province of Buenos Aires or to an agency or instrumentality of the province. If the latter, then the assets would not be subject to execution unless there is a basis for treating the instrumentality and the province as one and the same under the standards the Supreme Court articulated in First National City Bank v. Banco Para el Comercio Exterior de Cuba (Bancec) (1983).

The Province of Buenos Aires defaulted on its notes nearly twenty-one years ago. A German court has adjudged that the province owes the plaintiff €2.7 million. But payment is still not assured. Many of these problems would be solved if the notes explicitly waived immunity from suit and immunity from attachment and execution. Investors in sovereign debt would be well-advised to look for such clauses before buying notes like these.