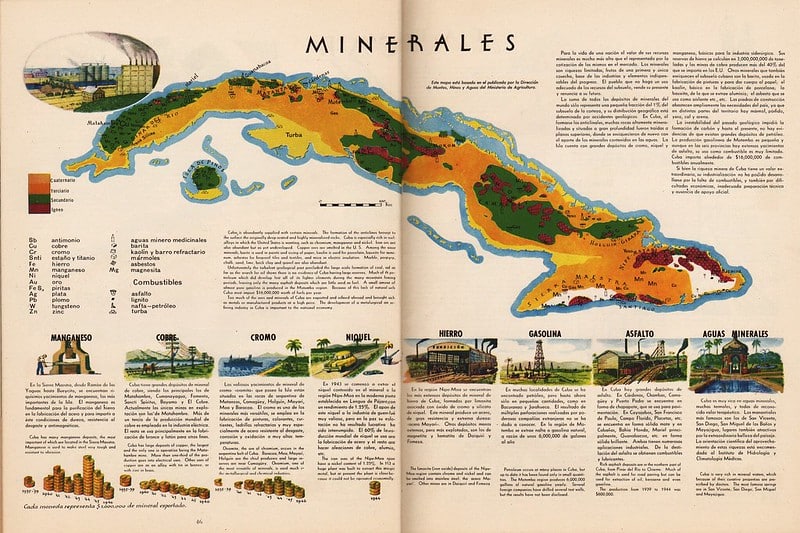 In 1996, Congress passed the Helms-Burton Act to strengthen sanctions against Cuba and to deter foreign companies from investing there. To discourage foreign investment, Title III created a civil remedy allowing U.S. nationals to sue any person who “traffics” in property confiscated by the Cuban government for damages in an amount three times the value of the property. Citing concerns about conflict with other countries, every U.S. president had suspended Title III, until 2019, when President Trump lifted the suspension and allowed Helms-Burton claims to be filed for the first time.

Congress’s findings make clear that Title III was enacted to discourage foreign companies from investing in Cuba by threatening them with liability for trafficking in confiscated property. Congress noted that “[t]he Cuban Government is offering foreign investors the opportunity to purchase an equity interest in, manage, or enter into joint ventures using property and assets some of which were confiscated from United States nationals” and that “[t]he United States Department of State has notified other governments that the transfer to third parties of properties confiscated by the Cuban Government ‘would complicate any attempt to return them to their original owners.’” But a review of the cases filed since 2019 shows that plaintiffs have mostly been suing U.S. companies, rather than foreign companies, leading one observer to argue that Helms-Burton has backfired.

A recent decision by the Eleventh Circuit shows why the statute has backfired. In Herederos de Roberto Gomez Cabrera, LLC v. Teck Resources Ltd., the court affirmed dismissal of trafficking claims against a Canadian mining company for lack of personal jurisdiction. The opinion includes an interesting personal jurisdiction analysis, one that rejects the argument that different due process rules apply to federal courts under the Fifth Amendment than apply to state courts under the Fourteenth. The decision also illustrates that limits on personal jurisdiction are undermining Congress’s attempt to target foreign companies for liability.

In 1960, Cuba expropriated 21 mines located in Cuba and owned by Robert Gomez Cabrera. Cabrera’s children inherited his interest in the expropriated mines when he died in 1969. In 1994, Teck Resources Ltd, a Canadian company, entered a joint venture to manage the mines, which it continued to do until 2009. Teck has subsidiaries in the United States, although those entities were not involved with its operations in Cuba. In 2019, Cabrera’s children formed an LLC to which they assigned their claims. The LLC sued in  federal court in Florida, and the district court dismissed for lack of personal jurisdiction over Teck and because the LLC had not acquired the claims prior to March 12, 1996, as the statute requires.

With respect to personal jurisdiction over Teck, the Plaintiff argued that the Fifth Amendment does not track the Fourteenth Amendment, but instead imposes a more lenient standard, requiring only that the exercise of personal jurisdiction not be “arbitrary or fundamentally unfair.”  The panel rejected this argument based on text, precedent, and policy.  The text of the Fifth and Fourteenth Amendment Due Process Clauses are the same, and the Eleventh Circuit had already “all but held” that they impose the same basic standard, the court reasoned. As for policy, the court worried about imposing too great a burden on foreign defendants with a more lenient standard.

The issue is interesting because a handful of judges on the Fifth Circuit recently reasoned in the dissent in en banc case, Douglass v. Nippon Yusen Kabushiki, that the Fifth Amendment should not mirror the current Fourteenth Amendment due process analysis, but instead allows for broader personal jurisdiction, as the plaintiffs argued in this case.  The U.S. government has also argued recently in Fuld v. PLO that federal courts can exercise personal jurisdiction more broadly under the Fifth Amendment than a test based on the Fourteenth Amendment would permit.  The government reasons that the federalism limitations on states do not apply to the federal government and that “the United States’ ‘powers of external sovereignty’ and its ability to conduct its relationships with foreign actors are grounded in the United States’ status in international law as an independent state.”  Thus, the government concludes, “the United States’ constitutional powers and special competence in matters of foreign affairs and international commerce” permit “the exercise of federal judicial power in certain ways that are not analogous to the state level.”  The issue is interesting for a third reason:  the “minimum contacts” test is viewed by some commentators as confusing and difficult to apply (although others defend it, in part for its flexibility), suggesting that perhaps it ought not be imported from the Fourteenth to the Fifth Amendment.  Finally, there is uncertainty about how the Supreme Court will address constitutionally based personal jurisdiction arguments in the future, in particular the extent to which it will use an originalist approach.  Whatever the merits of the Court’s due process analysis in its Fourteenth Amendment cases such as International Shoe v. Washington, it certainly is not originalist.

Litigants and commentators who argue that the Fourteenth Amendment test ought not be imported into the Fifth Amendment due process analysis also frequently argue (as did the dissenting judges in Douglass) that the Fifth Amendment imposes no restraints on Congress’s power to extend personal jurisdiction over foreign defendants. Plaintiff in Herederos took a different approach, however, and argued for an “arbitrary or unfair” standard, a standard that is not generated from historical sources and that seems likely to lead to unclear results.   The plaintiff’s proposed test comes not from personal jurisdiction cases, but instead from statutory interpretation cases.

Plaintiff drew its “arbitrary or fundamentally unfair” standard from due process cases challenging the constitutionality of applying U.S. law extraterritorially to prosecute defendants in U.S. courts for conduct that took place abroad or on the high seas. The Eleventh Circuit has held that to comport with due process, the extraterritorial application of U.S. law “must not be arbitrary or fundamentally unfair.” Other circuits have adopted the same standard in criminal cases, including the First, Second, Fourth, and Ninth. The D.C. Circuit has adopted an even looser standard that requires no nexus to the United States but only notice that conduct will be prosecuted. The prevailing due process test for extraterritoriality bears a close resemblance to the Supreme Court’s Fourteenth Amendment test for U.S. states to apply their own law: sufficient contacts with a state to show “that choice of its law is neither arbitrary nor fundamentally unfair.”  It also bears a close resemblance to the Supreme Court’s basis for the Fourteenth Amendment minimum contacts test in personal jurisdiction: the requirement that the exercise of jurisdiction is consistent with  “fair play and substantial justice.”

The Eleventh Circuit’s decision in Herederos confirms the difficulty of suing foreign corporations under Helms-Burton. It means that such litigation will continue to be concentrated against U.S. companies that are subject to general jurisdiction in U.S. courts.

Helms-Burton is not the only instance in which judge-made rules on personal jurisdiction work to limit the ability of Congress to legislate extraterritorially. The Antiterrorism Act is another example. And because the Supreme Court has made personal jurisdiction a matter of constitutional law, there seems to be very little that Congress can do about it—at least for now.

The Fate of the Afghan Central Bank Assets – State of Play