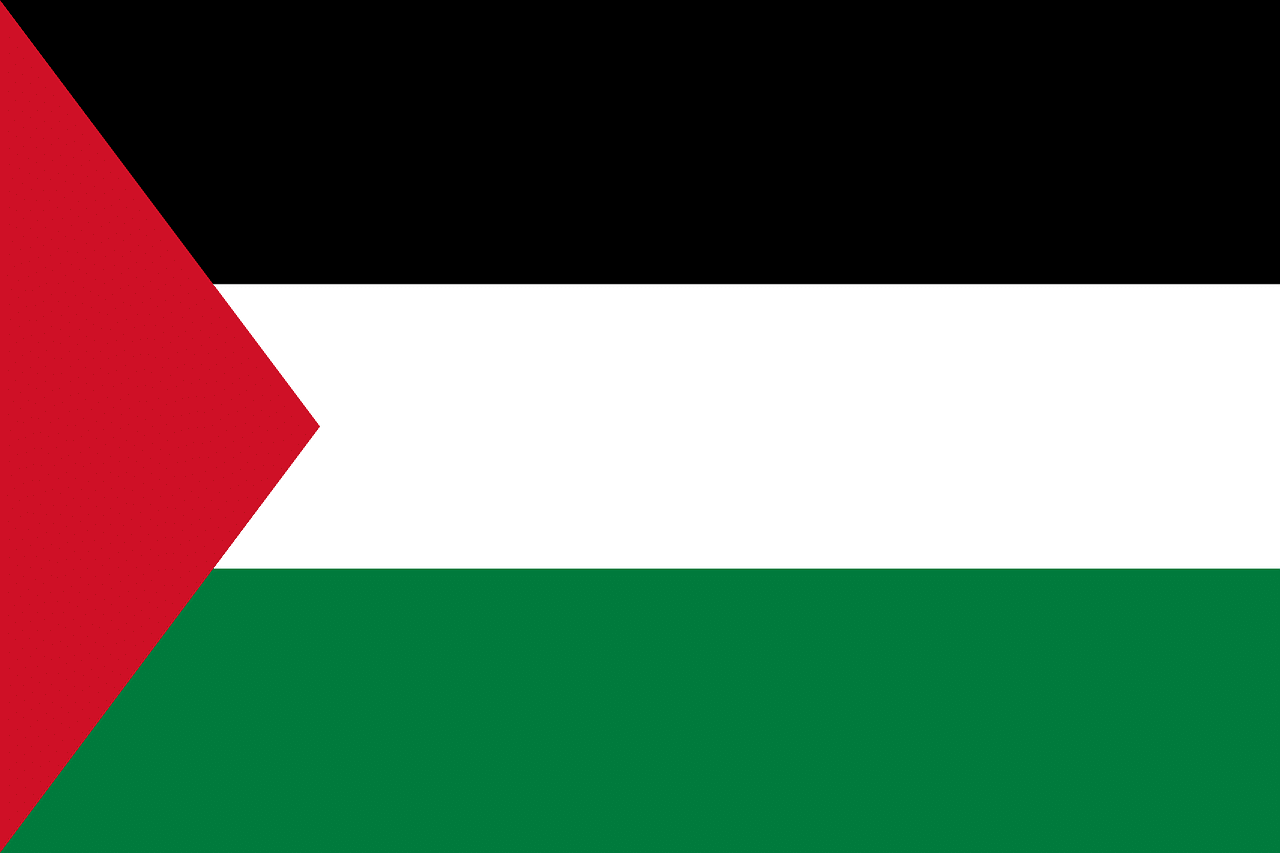 The Southern District of New York recently held in Fuld v. Palestine Liberation Organization that a federal statute subjecting the Palestine Liberation Organization (“PLO”) to personal jurisdiction violates the Due Process Clause of the Fifth Amendment. The case adds to a growing list of important due process questions in transnational litigation.

Personal Jurisdiction and Litigation Against the PLO

The Fuld case is one of many brought by U.S. nationals against the PLO for injuries sustained during terrorist attacks in Israel. The plaintiffs in Fuld are the family members of an American citizen who was stabbed to death outside a mall on the West Bank.  Plaintiffs suing the PLO generally do so under the Anti-Terrorism Act of 1992 (ATA), which provides a cause of action.  Personal jurisdiction has, however, posed a real difficulty for plaintiffs, especially after the Supreme Court rejected broad assertions general personal jurisdiction in a 2014 case, Daimler AG v. Bauman.  Daimler held that defendants need to be “at home” in the forum to satisfy general jurisdiction under the Due Process Clause of the Fourteenth Amendment.  In Waldman v. Palestine Liberation a jury returned a verdict for $650 million dollars against the PLO, but the Second Circuit applied Daimler and reversed, holding that the PLO was not “at home” in the United States and that general jurisdiction was accordingly not satisfied under the Fifth Amendment.

As in many other contexts, Congress stepped in after Waldman to make it easier for American victims of international terrorism to recover damages in U.S. courts. In 2018, Congress enacted the Anti-Terrorism Clarification Act (“ATCA”) providing that those who accept certain forms of assistance from the United States would be deemed to consent to personal jurisdiction in U.S. courts. The Second Circuit subsequently concluded that personal jurisdiction was still lacking over the PLO because the organization had stopped accepting assistance from the United States. Congress then expanded the statute yet again in 2019 by adding additional bases for personal jurisdiction and by naming the PLO in the definition of “defendant.”  The Supreme Court vacated the Second Circuit’s decision (under the name Sokolow v. Palestine Liberation Organization) and remanded the case for reconsideration in light of the new statute. The Fuld case was filed just days after the Supreme Court’s order in Sokolow and it involves the same 2019 statute, the Promoting Security and Justice for Victims of Terrorism Act (“PSJVTA”).

The Fuld plaintiffs asserted personal jurisdiction under the ATA based solely upon consent under the PSJVTA. The statute deems the defendant to have consented to personal jurisdiction if it made “martyr payments” (payments to people convicted of an act of terrorism that harmed a U.S. national) or if the defendant has an office in the United States. As the district court pointed out in holding these provisions of the PSJVTA unconstitutional, the first requirement has nothing to do with the United States. The second requirement does relate to the United States, but the court reasoned that “at least as alleged in this case,” the conduct “is too thin to support a meaningful inference of consent.”

The Fuld opinion reasoned that valid constitutional “consent” must be knowing and voluntary; it must be thoughtful and fair; and it must be “‘of such a nature as to justify the fiction’” (quoting from International Shoe) so “that the party actually consented to submit itself to the jurisdiction of the court.”  The conduct that provided “consent” under the PSJTVA failed this test, the district court concluded. In part, this was because Congress had merely taken conduct in which the PLO already engaged, and which federal courts had already held was insufficient to confer personal jurisdiction and declared that such conduct constituted consent to personal jurisdiction. The relevant conduct, the court reasoned, does not “even remotely signal[] approval or acceptance of the Court’s jurisdiction,” nor does it support an inference that the defendants intended to “submit to the laws of the [United States].”

Plaintiffs and the U.S government (in an amicus brief) argued that consent-based jurisdiction satisfied due process because the defendants were given notice that their conduct would be treated as consent to personal jurisdiction and because they were given the opportunity to choose to continue their activities (or not).  Judge Furman was not convinced. Accepting that argument, he reasoned, would mean that “Congress or a state legislature could provide for jurisdiction over any defendant for any conduct so long as the conduct post-dated enactment of the law at issue.”

The court’s reasoning seems correct, at least for conduct that lacks any connection to the United States (or the forum state).  Could a California statute deem Daimler’s continued production of automobiles in Germany as “consent” to suit in California?  The court is correct to conclude that such reasoning strains the idea of “consent” beyond what due process can bear.

More difficult, however, is a finding of consent based upon conduct with some relationship to the forum state, especially where notice is clear that such consent will be inferred from the conduct. As the opinion points out, the Second Circuit has refused to infer consent to personal jurisdiction from a corporate defendant’s registration to do business and appointment of an agent to accept service. But that case involved general jurisdiction and situations in which the statute was not clear that registration would be deemed consent to jurisdiction. In Fuld itself, the assertion of jurisdiction was not general but instead limited to ATA cases, meaning that the claim must be made by or on behalf of a U.S. citizen, so that there is some connection to the United States. The defendants also have an office in the United States, allegedly satisfying the alternative test under the statute and providing another contact to the United States – even if a tenuous one.  Following the reasoning suggested by the Fuld court, it seems that the constitutionality of “deemed consent” statutes will depend not only on the clarity of the statute and the ability of the defendant to change the conduct, but also on the relationship between the conduct, the litigation, and the forum state.  Pretty standard fare for personal jurisdiction and due process.

A remarkable aspect of the Fuld opinion is its reliance on implied consent analysis applicable to U.S. defendants under other parts of the Constitution, such as the right to a jury trial and the Eleventh Amendment’s protection of states from suit. It applies that same implied consent analysis to the PLO, full stop.  Many constitutional rights depend upon citizenship or presence in the United States, which the PLO generally lacks, although the extraterritorial application of constitutional rights is generally an area of doctrinal confusion. Due process itself usually provides the most protections to defendants who have the strongest connection to the United States. Personal jurisdiction has long been a strange outlier because the less connection a defendant has to the United States, the stronger the protections to which due process entitles it. The reasoning in Fuld – drawing as it does on domestic constitutional protections to which the PLO is not entitled – is consistent with the Court’s prior personal jurisdiction decisions affording distant, foreign defendants full due process rights. But it also highlights the doctrinal and conceptual problems that plague questions of extraterritoriality for due process and for other constitutional protections.

The reasoning in Fuld also highlights the improper distinction that lower courts currently draw between foreign terrorist organizations and foreign nations themselves. The PLO, like German car companies and British manufacturing companies, is fully protected by due process. Foreign nations – such as Israel – are entirely unprotected by due process because courts have erroneously concluded that they are not “persons” for Fifth Amendment purposes.  Had the statute in question been applied to Israel, it would have been perfectly constitutional no matter how tenuous the relationship to the United States or how weak the inference of consent.

Finally, Fuld raised the evergreen issue of how much deference courts should give the political branches in transnational litigation. The U.S. government submitted a brief arguing that the PSJVTA is constitutional in part because courts should defer to Congress to resolve the question of how best to protect U.S. citizens from terrorism abroad. Although deference is due to the political branches under some circumstances, the government’s brief offered little more than the false claim that national security and foreign relations cases automatically deserve special treatment and heightened deference. In this case, neither Congress nor the President has special expertise in interpreting the scope of constitutional protections for defendants in U.S. courts – that is a job for judges. The Fuld court was correct to reject the government’s argument for deference.

The next stop for Fuld is the Second Circuit. Other important transnational litigation cases on Fifth Amendment due process and personal jurisdiction will undoubtably follow.