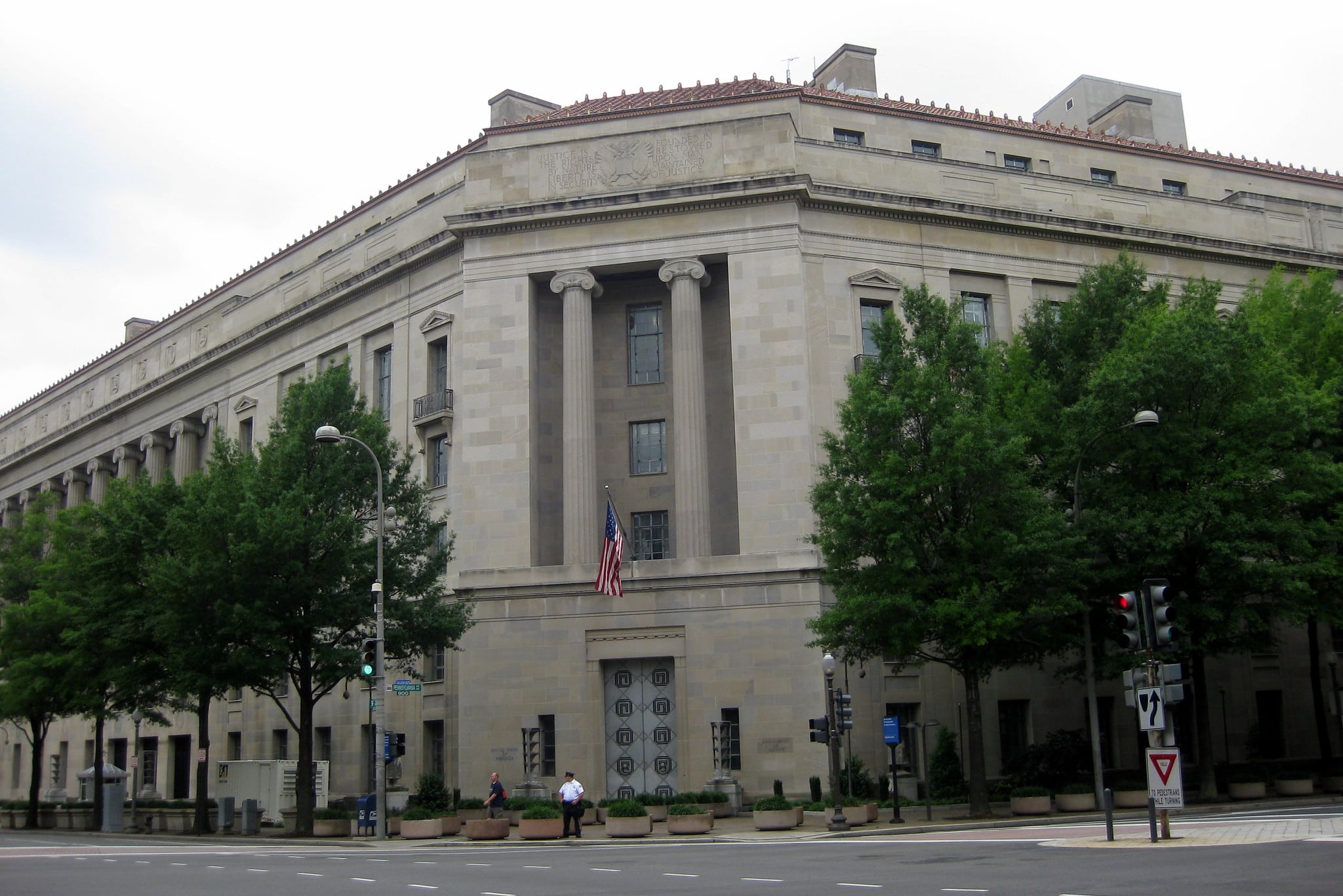 On January 17, the Supreme Court heard oral argument in Turkiye Halk Bankasi A.S. v. United States(Halkbank) on whether the Foreign Sovereign Immunities Act (FSIA) applies to criminal prosecutions. One argument advanced by the government in Halkbank (and other immunity cases) is that the executive branch has absolute control over immunity determinations not governed by the FSIA. The Supreme Court has, however, said that “common law” (not the executive prerogative) applies in official immunity cases—and the same should hold true for criminal prosecutions.

Several policy reasons to oppose the government’s position surfaced at oral argument. Justice Sotomayor noted, for example, that giving the executive branch control over immunity might result in foreign governments pressuring executive branch officials for a particular result—something that may well have happened during the Trump administration in this very case (transcript at 60; more here).

We think the oral arguments missed a crucial distinction between control and deference, one that highlights the problems with executive control.

Control is not deference. Control means not just that a court will give weight to what the executive says but that a court is bound by it. The executive may prosecute any entity of a foreign state and may step in at any minute to halt a prosecution for any reason or for no reason at all—even if the executive’s decision is the result of political pressure, and contrary to international law, and contrary to precedent. That is a lot of power. The courts are not “deferring” to the executive. Instead, the executive branch both makes the law and determines the outcome.

Even the government’s own lawyer could not countenance this outcome: he twice conceded at oral argument that if international law clearly provided for immunity, the executive branch could not intervene and direct the courts to deny immunity (transcript at 50-51 and 98). That is a huge concession. Justice Kavanaugh (and the advocates) used the word “deference” (transcript at 36) to describe this power. We should call what it is: the power to make law and control outcomes in specific cases.

As we have already explained, the executive branch’s position conflicts with the Supreme Court’s holding in Medellin. It also conflicts with basic separation of powers principles dating back to the framing of the Constitution. Rather than repeat those arguments here, we respond to several points that emerged during oral argument regarding executive control. To be clear, we do not take a position on whether the FSIA applies to criminal prosecutions or not (a very important issue in the case). Our argument matters only if the FSIA does not apply. But if the FSIA does not apply, our argument is a very important one.

One category of federal common law-making in federal courts covers procedural issues not governed by rules or statutes, including forum non conveniens and preclusion. Another well-accepted set of common law rules governs the legal effect in U.S. courts of official actions by foreign sovereigns (the act of state doctrine). Under the Supreme Court’s 1983 Bancec decision, even substantive rules of liability for foreign agencies and instrumentalities and foreign states are governed by federal common law that preempts state law.

Immunity issues not governed by the FSIA fit into both categories. They are procedural, and they govern the treatment of foreign sovereigns (and their agencies and instrumentalities). Indeed, Halkbank itself involves the relationship between foreign governments and their instrumentalities, just like Bancec. No one argues that the executive should control Bancec determinations (whether to piece the corporate veil between a foreign state and its instrumentality). Rather, federal common law controls. The government did argue that its decision should control under the act of state doctrine in Kirkpatrick and the Supreme Court unanimously rejected that position.

In Samantar, the Supreme Court held that the FSIA did not apply to foreign officials, whose immunity is instead governed by federal “common law.” If the Court holds that the FSIA does not apply to criminal prosecutions of foreign states and their agencies and instrumentalities in Halkbank, it should do the same. Federal common law is for federal courts to make and apply, not the executive. That is no less true for immunity determinations, than it is for Bancec issues and the act of state doctrine.

At the oral argument in Halkbank, Justice Kavanaugh suggested that federal courts lack the expertise to create good rules of federal common law (transcript at 21). The executive branch certainly has greater expertise than courts in some respects. Even in an immunity system governed by federal common law, courts defer to the executive branch on a wide variety of issues, including the content of customary international law and factual matters like who is the prime minister of a particular country.

The executive branch also speaks “as an advocate of standards it believes desirable for the community of nations and protective of national concerns,” as the Court said in Sabbatino, and courts should listen when it does. But the Sabbatino case announced a rule of federal common law, not a rule of executive control, illustrating that deference to the executive branch on such matters is fully consistent with court-made federal common law.

If the FSIA does not apply to criminal prosecutions, what will happen if U.S. states try to prosecute foreign nations? There is no escaping federal common law. Sabbatino made clear that the federal act of state doctrine binds state courts. Everyone assumes the same is true for rules of foreign official immunity after Samantar. So too with the immunity from criminal prosecution of foreign states and their agencies or instrumentalities.

Certainly, state courts might decide such questions incorrectly, but so might federal courts. The remedy lies not in executive control but rather in appeal through the court system and ultimately to the U.S. Supreme Court. Justice Alito worried that such appeals might take a long time (transcript at 75-76). But that is no different for questions of common-law immunity than for questions governed by the FSIA over which the executive exercises no control. Denial of immunity under the FSIA is immediately appealable, and so should be denials of common law immunity. And, of course, there is nothing to prevent the executive branch from expressing its views early and often to state courts, as to federal courts, about the content of customary international law, the implications of the prosecution for U.S. foreign relations, or anything else it wants to.

And if the executive thinks that states should never be able to prosecute foreign states, or their agencies or instrumentalities, it can seek legislation from Congress immunizing them from suit. At the Halkbank oral argument, there was a great deal of focus on the possibility of state prosecutions. But the Supreme Court should not allow that tail to wag this dog. There are many possible ways to address state prosecutions of foreign states. Embracing a regime of executive control is the least attractive one.

Perhaps, in these situations, state courts should attempt to determine the applicable principles of law from prior immunity determinations by the executive. But such lawmaking by the executive branch is deeply problematic under separation of powers. It is also functionally difficult for courts to apply, in part because Presidents may make immunity decisions based on politics, resulting in no coherent legal principles. Courts must decide one way or another. Better that they decide based on common law rules developed by federal courts, insulated from direct political pressure, but with deference to the executive branch on many questions of law and fact.

Two cases are often cited to support executive control. In the first, Republic of Mexico v. Hoffman (1945), the Court reasoned that the executive branch’s failure to suggest immunity meant that no immunity should be granted, in part because the “overwhelming weight of authority” was against immunity. That authority came from court decisions applying federal common law and it alone provided adequate basis for the Court’s decision. In Ex Parte Peru (1943), the executive suggested immunity because it had apparently already resolved the case through its claim-settlement power. Those considerations do not apply in Halkbank or in the other modern cases in which the executive claims the authority to control immunity.

A final argument advanced in favor of executive control is that Congress implicitly authorized it in cases not covered by the FSIA. That argument is weak. First, a statutory system such as the FSIA that is designed to divest the President of power should not be seen as authorization to exercise that power in situations not covered by the statute and not anticipated or contemplated by the drafters.

Second, two areas of law closely related to foreign sovereign immunity—the act of state and substantive liability issues under Bancec—are already governed by federal common law, not executive control. The Court so held in Sabbatino, just a dozen years before the FSIA was enacted. Federal common law was the default background, not executive power.

Third, procedural issues in federal courts not covered by statutes or the Federal Rules are also resolved through federal common law—even in cases involving foreign sovereign interests—as the Supreme Court also held before and immediately after the FSIA was enacted. Federal common law, not executive control, is the default background.

When the FSIA does not reach a question of immunity, it must be resolved according to background rules of law. Here, those background rules are rules of federal common law, just as the Court held with respect to foreign official immunity in Samantar. These rules of federal common law bind state courts. But federal common law is made and applied by courts not the executive branch, as the Supreme Court has repeatedly held. We are all for deference to the executive on questions like the content of customary international law. But there is a critical difference between deference and control.