CVSG in Usoyan v. Turkey: Can Turkey Use Force in the United States to Protect Its President? 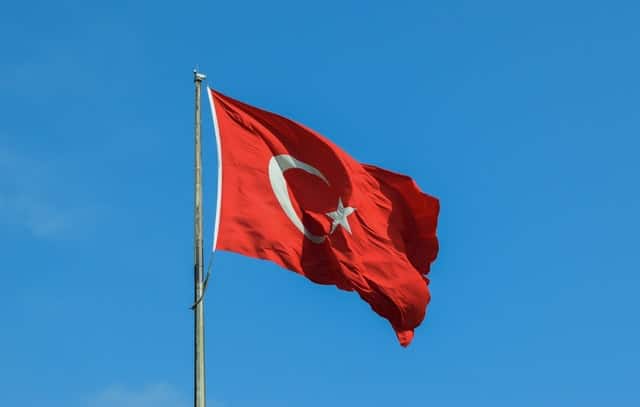 A violent clash in Washington, D.C. between Turkish security forces and protestors has led to civil litigation with interesting questions about the authority of foreign security details and the immunity to which foreign governments are entitled. Turkey has petitioned for certiorari, and the Supreme Court has shown an interest in the case by calling for the views of the Solicitor General. Based upon the briefing to the Court of Appeals, I would expect the Solicitor General to advise against a cert grant because it agrees with the outcome of the case. But the case raises an important question about the authority of foreign governments to protect their officials in the United States, and the U.S. government may not agree with Court of Appeals’ description of customary international law.

The 2017 protest against President Tayyip Erdogan unfolded outside the Turkish ambassador’s residence; it turned violent, and the injured protesters eventually sued the Republic of Turkey. Both the federal district court and the Court of Appeals held that Turkey’s actions in responding to the protest did not entitle it to immunity under the Foreign Sovereign Immunities Act. Courts generally give foreign states immunity when their own security is involved, so the case is unusual in that respect.

Foreign sovereign immunity shields Turkey from suit unless an exception to immunity applies.  The plaintiffs successfully argued that the “forum tort” (also known as the “territorial tort” or “tortious act” exception), codified at 28 U.S.C. § 1605(a)(5), applies because Turkey allegedly engaged in tortious conduct in the forum state.  The wrinkle in this case is that the forum tort exception does not apply if the foreign state is engaged in a discretionary function, but there is also a line of cases suggesting that criminal conduct cannot count as a discretionary function. Several members of the Turkish security detail were indicted in the United States for their violent actions against the protestors.  The Court of Appeals held that Turkey’s conduct was not within the meaning of “discretionary function,” although it did not rest that conclusion solely upon the potential violation of U.S. criminal law.  Also note that the entire “discretionary function” analysis comes not from international practice, but instead from an analogy to the Federal Tort Claims Act (FTCA) and the courts’ efforts to equate the liability of the U.S. government and foreign governments.

Why Turkey’s Actions Were Not Discretionary

As I pointed out when this case was filed, much hinges on how broadly (or narrowly) one characterizes Turkey’s actions.  Discretionary functions, the Court of Appeals explained (analogizing to FTCA cases), are based on public policy decisions.  Although the general task of providing security for President Erdogan while he was in the United States involved policy determinations, the specific acts upon which the plaintiffs’ claims were based did not because “[t]he nature of the challenged conduct was not plausibly related to protecting President Erdogan.” Why not?  In part because Turkish officials were criminally indicted for their conduct, as the opinion points out in the next sentence, and in part because there were no other indicia (such as consultations with the U.S. government) that these were “policy” decisions.  And an important element of these cases is the video footage – viewed by both the trial and appellate judges. The footage showed unprovoked attacks by Turkish security officials against peaceful protestors. As District Court Judge Colleen Kollar-Kotelly explained, the Turkish security detail engaged in a “violent physical attack” while “the protestors were merely standing on the Sheridan Circle sidewalk.”

Where Does a Foreign Government’s Authority to Protect Its Officials Come From?

The foregoing reasoning was dispositive, but the Court of Appeals also engaged in a lengthy discussion of another part of the “discretionary function” test – whether Turkey had the discretion to act at all in the first place.  Here, the Court sided with Turkey, reasoning in a two-part test that Turkey had the authority to provide security services and that the criminal statutes that were allegedly violated did not mean that Turkey was without “discretion” to act is it did.

It all gets pretty nitty-gritty and very fact intensive, but the court’s reasoning on customary international law is worth noting.  Again analogizing to FTCA cases against the U.S. government, the court reasoned that a foreign government is only immune under this exception if had the power/discretion to take the questioned act at all, leading the court to ask why exactly Turkey has the power to provide on-the ground security in Washington, D.C. The U.S. government weighed in – at the request of the Court of Appeals – and stated that “nations have inherent authority to protect their diplomats and senior officials outside their borders, subject to the authorization of the receiving state.”  The Court of Appeals reasoned that although the government did not use the term “customary international law,” that is what the government meant, and that Turkey has a right under customary international law to protect its diplomats through the use of force on the territory of another country.

It is rare to find a U.S. court applying customary international law as a direct source of authority for a foreign government to act in the United States, much less to act with guns and violence. My own view is that the U.S. government avoided the phrase “customary international law” intentionally.  In any event, for several reasons, the stronger legal basis for Turkey’s actions is the consent of the United States.

It will be very interesting to see whether the U.S. government agrees with my analysis here and, if so, whether it recommends the Supreme Court take the cases to correct that error even though the government thinks that the right result was reached.

Photo by Tarik Haiga on Unsplash