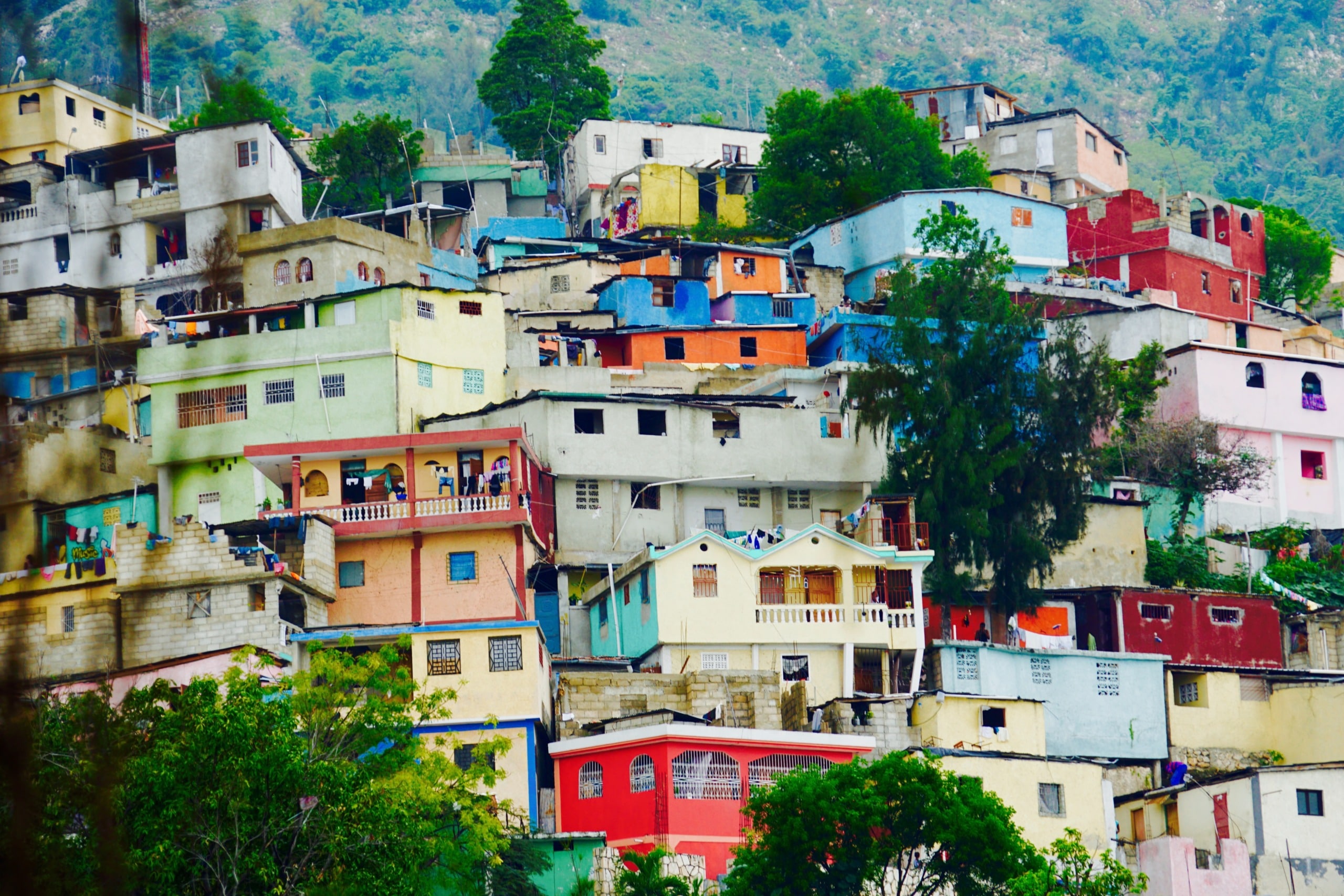 The plaintiffs in Celestin are U.S. residents with relatives and friends in Haiti. They brought a class action alleging that corporations providing phone and remittance services between the United States and Haiti conspired with Haitian government officials to fix the prices of these services. According to the complaint, Haitian President Michel Joseph Martelly orchestrated the scheme and implemented it through a presidential order and two circulars from the Bank of the Republic of Haiti. Martelly and two of his successors allegedly profited from the scheme, as did the corporate defendants. The district court dismissed the case under the act of state doctrine, concluding that it could not adjudicate the plaintiffs’ claims “without necessarily judging the propriety of official actions of Haiti’s government and its leaders.”

Several courts of appeals have reached similar conclusions in antitrust cases. In Spectrum Stores, Inc. v. Citgo Petroleum Corp. (2011), U.S. gasoline retailers brought class action suits against state-owned oil companies alleging that they conspired with OPEC nations to fix the prices of petroleum. The Fifth Circuit held that the suits were barred by the political question doctrine and, alternatively, by the act of state doctrine because they “would necessarily call into question the acts of foreign governments with respect to exploitation of their natural resources.”

In Sea Breeze Salt, Inc. v. Mitsubishi Corp. (2018), the plaintiffs alleged that Mexico’s state-owned salt production company and Mitsubishi conspired to violate U.S. antitrust laws by agreeing to sell salt exclusively through Mitsubishi. The Ninth Circuit held that the Mexican state-owned company’s decision to sell exclusively to Mitsubishi qualified as an act of state and that the act of state doctrine barred the plaintiffs’ claims because they would require the court to “pass judgment on the lawfulness” of that decision.

In Mountain Crest SRL, LLC v. Anheuser-Busch InBev SA/NV (2019), a small Wisconsin brewery alleged that multinational beer companies conspired to limit its exports of beer to Ontario through agreements with the Liquor Control Board of Ontario (LCBO), an agency of the Ontario government. The Seventh Circuit held that the act of state doctrine barred the plaintiff’s claim that the rules adopted by the LCBO themselves violated U.S. antitrust law but not the plaintiff’s claim that the defendants violated U.S. antitrust law by conspiring to bring those rules about.

In Kirkpatrick, the Supreme Court substantially narrowed the act of state doctrine, holding that it applies only when a U.S. court would be required “to declare invalid the official act of a foreign sovereign performed within its own territory.” The plaintiff in Kirkpatrick alleged that it lost the bidding for a government contract in Nigeria because the defendants bribed Nigerian officials, giving rise to claims under RICO and other federal and state laws.

Writing for a unanimous Court, Justice Scalia reasoned that the act of state doctrine did not bar the plaintiff’s claims because those claims turned on the payment of bribes and not on the validity of the government contract. To be sure, showing that bribes were paid might also show that the government contract was invalid. But that was not enough for the doctrine to apply. “The act of state doctrine does not establish an exception for cases and controversies that may embarrass foreign governments,” the Court concluded, “but merely requires that, in the process of deciding, the acts of foreign sovereigns taken within their own jurisdictions shall be deemed valid. That doctrine has no application to the present case because the validity of no foreign sovereign act is at issue.”

Kirkpatrick equated validity with legal effect. “Act of state issues only arise when a court must decide—that is, when the outcome of the case turns upon—the effect of official action by a foreign sovereign” (second emphasis added). The Court noted that earlier decisions applied the act of state doctrine when the case would have required a court to “deny[] legal effect” to a foreign official act, to declare it “legally ineffective,” or to hold that it was “null and void.” The act of state doctrine prohibits courts from declaring foreign governmental acts invalid in this sense.

Kirkpatrick referred to the “legality” of the foreign act of state only once: “Regardless of what the court’s factual findings may suggest as to the legality of the Nigerian contract, its legality is simply not a question to be decided in the present suit, and there is thus no occasion to apply the rule of decision that the act of state doctrine requires.” As the quotation makes clear, the Court was referring here to the contract’s legality under Nigerian law—in other words, its validity. Nowhere did Kirkpatrick suggest that the act of state doctrine would bar a U.S. court from finding a foreign act of state to be a violation of U.S. law. To the contrary, after discussing some earlier antitrust decisions, the Court specifically stated that a “defendant’s actions in obtaining [a foreign country’s] enactment of ‘discriminating legislation’ could form part of the basis for suit under the United States antitrust laws.”

By limiting the act of state doctrine to cases in which the validity of a foreign act of state is at issue, Kirkpatrick largely limited the doctrine to cases like Banco Nacional de Cuba v. Sabbatino (1964), where title to property turns on the validity of a foreign government act, and Underhill v. Hernandez (1897), where the wrongfulness of conduct turns on whether it was properly authorized. After Kirkpatrick, the doctrine does not apply—if it ever did—to claims that the foreign act of state violates U.S. law.

Until the Second Circuit’s decision in Celestin, the U.S. Courts of Appeals largely ignored Kirkpatrick when applying the act of state doctrine in antitrust cases. In Spectrum Stores, the Fifth Circuit never mentioned Kirkpatrick. Instead, it relied primarily on International Association of Machinists & Aerospace Workers v. OPEC (IAM) (1981), a pre-Kirkpatrick decision rejecting antitrust claims against OPEC on act of state grounds. In Sea Breeze, the Ninth Circuit did cite Kirkpatrick, but the court followed its own decision in IAM and the Fifth Circuit’s decision in Spectrum Stores instead.

As the Second Circuit understood, whether the foreign governmental acts at issue (the presidential order and the bank circulars) are valid in the sense of being legal effective under Haitian law is a separate question from whether there was a price-fixing conspiracy implemented through those acts. The act of state doctrine bars U.S. courts from questioning the validity of the acts but not from considering whether those acts implemented a price-fixing conspiracy that violated U.S. antitrust law.

The Second Circuit acknowledged the conflicting decisions of the Fifth, Seventh, and Ninth Circuits only in a footnote, but there is clearly a circuit split on how the act of state doctrine applies in antitrust cases. Given this split, one might expect to see a petition for cert. But because the Second Circuit’s resolution of the act of state question does not end the case, its decision is not immediately appealable. The Second Circuit remanded the question of forum non conveniens to the district court (after holding that the plaintiffs’ choice of forum was entitled to full deference). Ultimately, the district court may have to decide the merits of the case.

So, it may be a while before this case reaches the Supreme Court. In the meantime, of course, it is possible that other defendants will raise the act of state doctrine as a defense to antitrust claims in the Fifth, Seventh, or Ninth Circuit and that a court following circuit precedent will dismiss those claims despite the conflict with Celestin and Kirkpatrick. That may prove the quicker route to resolution by the Supreme Court.

Is MBS Entitled to Head of State Immunity?

Throwback Thursday: American Banana and the Presumption Against Extraterritoriality