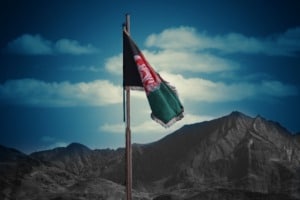 Victims of terrorist attacks who hold judgments against the Taliban have requested the turnover of frozen Afghan central bank assets. The plaintiffs seek to satisfy default judgments obtained against the Taliban as a private organization when it was not in power. Courts should reject these efforts. Because the central bank assets (which are frozen through U.S. sanctions) are protected by foreign sovereign immunity and because no exception to immunity is applicable, as I explain in this post, courts should not order the assets turned over to the judgement-creditor plaintiffs, despite the terrible injuries that they and their families have suffered.

Two sets of plaintiffs have filed quasi in rem suits in New York against Afghan central bank assets — the Havlish v. Bin Laden plaintiffs secured a $6.8 billion judgment against the Taliban in 2012 and the Doe v. Taliban plaintiffs have a 2020 judgment that includes $138 million in compensatory damages. Both were default judgments, meaning that they were never fully litigated on the merits, and both were based on the Taliban’s purported involvement in the 9/11 attacks. The Taliban has no assets in the United States, and neither judgment has been satisfied. There are many other plaintiffs with default judgments against the Taliban who are not involved in these cases, but who may also try to execute against Afghan assets.  Indeed, various groups of plaintiffs are already fighting about how to divide up the money.

The target of all these efforts is Afghanistan’s central bank, Da Afghanistan Ban (“DAB”), which has about $7 billion in New York accounts. Plaintiffs have accordingly filed turnover motions against DAB assets currently held in the Federal Reserve Bank of New York.  There has been some wrangling about service, but the court recently ordered substitute service by email, twitter, publication, and personal service under FRCP 4(h)(2) and 4(f)(3) and under 28 U.S.C. § 1608.

The 2021 withdrawal of U.S. troops from Afghanistan and the fall of the Afghan government to the Taliban shortly thereafter led to uncertainty about who should control Afghan central bank assets in the United States. The Taliban is in actual control of Afghanistan, but the United States has not recognized the Taliban as the country’s government. The same situation has arisen in Venezuela, with some countries recognizing opposition leader Juan Guaidó as the President although he is not actually in control of the government. When there is a legal – and political – disagreement about who governs a foreign country, to whom do the central bank assets located abroad belong? In the Afghan litigation, plaintiffs argue that the Taliban is now in power, that it controls the operations of the central bank, and that the assets of the central bank located in New York can therefore be used satisfy the judgments rendered against it when it was out of power.

In terms of U.S. law, the approximately $7 billion DAB assets held in the United States are blocked by a February 11, 2022 Executive Order.  President Biden issued the order using his powers to impose sanctions under the International Emergency Economic Powers Act.  With respect to $3.5 billion of those assets, the Office of Foreign Assets Control (“OFAC’) has issued a license compelling the Federal Reserve Bank to transfer them to a person, designated by the Secretary of State, who will use the assets for the benefit of the Afghan people.  In other words, the money will be kept out of the hands of the Taliban, but nonetheless used to benefit Afghanis. The remaining $3.5 is not subject to a license and is still blocked.

Courts should conclude that DAB is not agency or instrumentality of the Taliban for four reasons.  First, deeming DAB an agency or instrumentality of the Taliban has an effect that is similar to “recognizing” the Taliban as the government of Afghanistan, which the President of the United States has pointedly refused to do. The President has the exclusive constitutional power to recognize foreign governments. Although that power does not extend to deciding which assets are immune from execution, which is a question of statutory interpretation, the statute is not clear and ought not be stretched to reach a conclusion that appears inconsistent with President’s decision not to recognize the Taliban.  An unrecognized government is generally not entitled to a foreign state’s assets that are located in the United States.

The second reason to reject the plaintiffs’ argument, as already mentioned, is that the TRIA is not clear. It does not define “agency and instrumentality.” Lacking a statutory definition, there is no reason to think that “agency or instrumentality” should be read to make a central bank an agency of an unrecognized government (and also of the foreign state) so that the debts of that unrecognized government can be satisfied with central bank assets that belong to the foreign state.

Fourth, central bank assets used for foreign currency reserves or other monetary policy belong to the state itself in way that other assets may not.  There is hardly a more “sovereign” set of assets than those dedicated to state monetary policy.

The victims of the 9/11 terrorist attacks are sympathetic plaintiffs who suffered greatly in an attack launched from abroad. The Taliban deserve no sympathy. But that does not mean that courts should stretch the law so that Afghan central bank assets are used to pay the debts incurred by the Taliban, a result that has the effect of punishing the Afghan people, absolving the Taliban of their own financial responsibility, and undermining the principle of central bank immunity.

Photo by Farid Ershad on Unsplash

CVSG in Usoyan v. Turkey: Can Turkey Use Force in the United States to Protect Its President?

Throwback Thursday: Joseph Story and the Comity of Nations

Foreign Sovereign Immunity and Choice of Law—State, not Federal

What Should Happen Next in Cassirer?

Cassirer and FSIA Choice of Law