Where is the U.S. International Commercial Court? 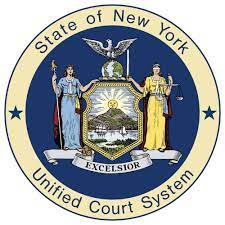 One answer is that the courts in New York already play this role. Domestically, studies show that while Delaware is the state of choice for incorporation, New York often supplies the chosen forum, and chosen law, for many commercial contracts. This is even more true for international commercial contracts involving at least one U.S. party. The S.D.N.Y. and the New York Commercial Division both offer specialized, sophisticated commercial dispute resolution to parties across the United States and the globe. New York law directs courts to hear cases where the parties have agreed to have New York law govern their contract and New York courts decide their disputes, even if the parties have no other connection to the state, so long as their dispute is worth over $1 million. New York’s federal courts can hear most such commercial disputes between a U.S. party and a foreign party under diversity jurisdiction. Disputes between foreign parties can access the New York Commercial Division so long as they choose New York law and New York courts and their contract satisfies the relevant statutory criteria.

This open-door policy has attracted a host of international commercial disputes to New York. According to searches on Lex Machina, in 2020 and 2021, between 20 and 25% of civil disputes resolved in the SDNY involved a foreign party; according to the New York State Unified Court System’s database, between 10 and 13% of cases in the Commercial Division in those years involved a foreign party.

One open question is whether more can or should be done to promote the creation of international commercial courts in the United States. There have long been debates about U.S. courts hearing too many transnational cases. As I have written, recent developments in areas of the law like personal jurisdiction and extraterritoriality have raised barriers to transnational litigation in the United States, often in response to sentiments that U.S. courts were meddling in other countries’ affairs. Recent limits on specific personal jurisdiction, for example, can foreclose jurisdiction over foreign defendants, over whom there is no hope for general personal jurisdiction.

But the motivation for this litigation isolationism has been a concern about transnational tort suits against multinational corporations. What about commercial disputes between multinational companies? Often, those are the kinds of disputes—the kind of adjudication business—that states seek to attract to their courts. Does the United States need a specialized court within the federal judicial system specifically for international commercial disputes?

No. Federal and state courts in New York are already doing this work. Moreover, state and federal courts in other major metropolitan areas, like DC, Houston, and Los Angeles, are likewise well respected transnational litigation hubs. Many U.S. states have created commercial divisions, although they do not focus exclusively on international disputes. The federal courts, too, have long served the purpose of catering to foreign trade, credit, and investment. If anything, transsubstantive procedural rules should ensure that these fora can continue to hear transnational cases.

There are high legal and political barriers preventing the United States from following the international trend and creating a specialized limited jurisdiction court. But there is simply no need; New York already provides courts that cater to adjudication business.

The Extraterritorial Application of State Wage and Hour Laws