The Role of the FCPA in Transnational Litigation 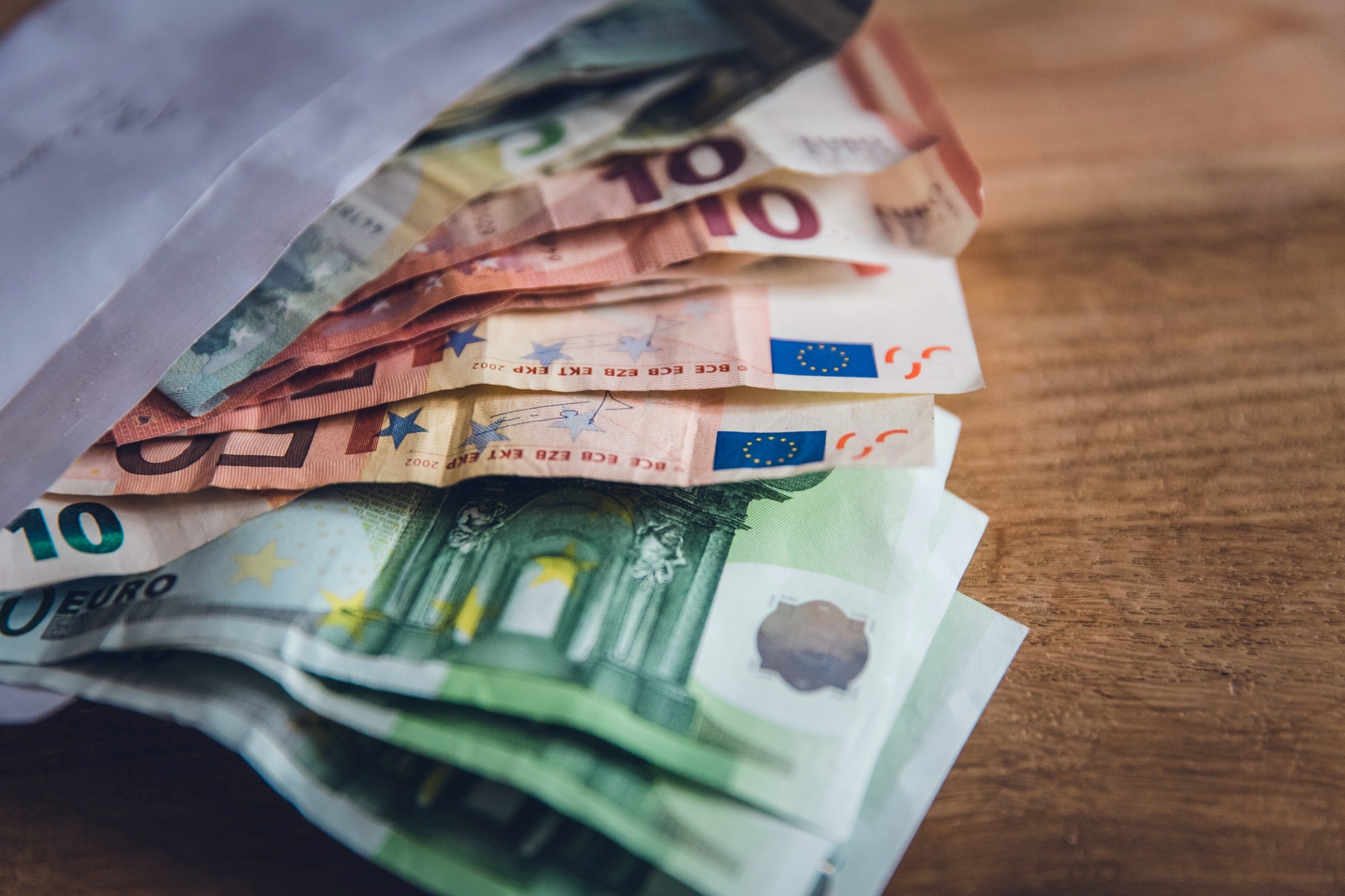 Professor Maggie Gardner’s thought-provoking post on the role of the UN Convention Against Corruption (UNCAC) in forum non conveniens analysis in IMSS v. Stryker and IMSS v. Zimmer Biomet Holdings led me to consider how the Foreign Corrupt Practices Act (FCPA) factors into these cases. Interestingly, both defendant corporations, Stryker Corporation and Zimmer Biomet Holdings, had already reached deferred prosecution agreements (DPAs) with the DOJ or SEC regarding corrupt practices in Mexico.  The existence of FCPA settlements raises some interesting issues not only for the forum non conveniens analysis but for transnational prosecution of corrupt practices.  This post addresses four: (1) Did the DOJ or the SEC share any of the proceeds of FCPA settlements with the Mexican government or any of the affected governments? (2) Did the DOJ or SEC share evidence from their investigation with Mexico? (3) Do the DOJ and SEC resolutions bar similar claims by Mexico?  (4) Should the FCPA resolutions or the UNCAC factor into a forum non conveniens analysis?

Passed in 1977, the FCPA prohibits American nationals and businesses (as well as any public company that lists on an American stock exchange) from paying or offering to pay anything of value to a foreign government official for the purpose of obtaining or retaining business.  The FCPA also includes a books and records provision requiring public companies that list on an American exchange to implement adequate internal accounting provisions capable of detecting corruption in their parent company and all majority-owned subsidiaries.

Stryker Corporation settled claims with the SEC in 2013 regarding illegal payments to government officials in Argentina, Greece, Mexico, Poland, and Romania.  Specifically with regards to Mexico, the SEC alleged that Stryker’s subsidiary paid $46,000 to Mexican government officials to win a contract to sell medical products.  Stryker did not admit or deny the allegation but agreed to pay $13.2 million to resolve the allegations: $7.5 million in disgorgement of profits (at least $1.1 million of which resulted from the contract with the Mexican government), $2.3 million in pre-judgment interest, and a $3.5 million penalty.

Zimmer Biomet Holdings resolved claims with the DOJ and SEC in 2017 that it had bribed government officials in Mexico and Brazil.  The settlement required Zimmer Biomet Holdings to pay $30.5 million: $6.5 million in disgorgement of profits and prejudgment interest to the SEC, $6.5 million in criminal penalties to the SEC, and $17.46 million in criminal penalties to the DOJ.  With regards to Mexico, the DOJ alleged that Zimmer Biomet’s Mexican subsidiary, Biomet 3i Mexico S.A. de C.V., failed to maintain adequate internal controls which allowed the subsidiary to bribe customs officials to allow in contraband dental implants.  This 2017 settlement is in addition to a 2012 settlement that Biomet (before its acquisition by Zimmer) concluded with the DOJ and SEC for $22 million regarding bribery of government officials in Argentina, Brazil, and China.

Did the DOJ or the SEC share any of the proceeds of FCPA settlements with the Mexican government or any of the affected governments?  Probably not.  The DOJ and SEC generally do not share funds collected by FCPA settlements with affected governments, particularly when the government did not aid in the investigation.  The proceeds of the DPA resolutions go to the American treasury, but these funds maintain public support for U.S. enforcers (including four FBI units dedicated to overseas corruption in Washington, New York, Los Angeles, and Miami) to invest significant resources in investigating and prosecuting foreign bribery.  Some civil society advocates have argued that the United States reticence in sharing these funds, particularly the disgorgement of profits, is itself a breach of UNCAC’s Chapter V on the Recovery of Assets.  The authors of the World Bank’s StAR report argue that profits are an asset and should be returned, while other scholars, including Professor Matthew Stephenson, argue that UNCAC does not demand the return of any government settlement funds.

Even though these cases have been dismissed from the U.S. courts on forum non conveniens grounds, the Mexican government may nonetheless be able to access this evidence for use in Mexican courts through cooperation with American enforcement agencies.  Both the SEC and the DOJ could make relevant evidence available to the IMSS.  The United States and Mexico are both members of the OECD Anti-Bribery Convention, Article 9(1) of which requires that states provide each other with legal assistance:

Each Party shall, to the fullest extent possible under its laws and relevant treaties and arrangements, provide prompt and effective legal assistance to another Party for the purpose of criminal investigations and proceedings brought by a Party concerning offences within the scope of this Convention and for non-criminal proceedings within the scope of this Convention brought by a Party against a legal person. The requested Party shall inform the requesting Party, without delay, of any additional information or documents needed to support the request for assistance and, where requested, of the status and outcome of the request for assistance.

Do the DOJ and SEC resolutions bar similar claims by Mexico?  No, the resolution of the Stryker Corporation and Zimmer Biomet Holding’s FCPA claims by the DOJ and SEC does not bar Mexico from proceeding against the companies based on Mexico’s own domestic law.  First, the ban on double jeopardy applies only in criminal law cases, and the claims IMSS brought in the U.S. courts were civil law claims.  Second, double jeopardy (or ne bis in idem as Europeans call it) does not necessarily exist across national borders (or even state and federal jurisdictions under the theory of dual sovereignty).  Because each country is their own sovereign, the United States can prosecute corporations for their foreign bribery (under the jurisdictional principle of nationality), and Mexico can prosecute the same companies for the same actions under their domestic anti-bribery laws (under the jurisdictional principle of territoriality).  The OECD Anti-Bribery Convention calls for countries to coordinate on where to bring a prosecution; Article 4(3) states: “When more than one Party has jurisdiction over an alleged offence described in this Convention, the Parties involved shall, at the request of one of them, consult with a view to determining the most appropriate jurisdiction for prosecution.” It does not, however, require that only one state bring a prosecution.

Some countries may, as a matter of national law, ban the double prosecution of crimes across national borders, but, as a general matter, such “carbon copy” prosecutions are permitted.  In practice, the United States and other OECD countries often refrain from bringing a prosecution when the corrupt practices have been adequately prosecuted elsewhere.  For instance, under the DOJ’s “anti-piling-on” policy, the DOJ may give respondents credit for foreign fines or refrain from bringing charges entirely.  Mexico may adopt a similar anti-piling-on policy but is not required to under international law.

Should the FCPA resolutions or the UNCAC factor into a forum non conveniens analysis?  Given the amount of investigative and enforcement resources already invested in these FCPA cases, it does seem somewhat odd for American courts to decide that there are insufficient public and private interests to maintain IMSS’s suits here.  In addition, there is already substantial evidence of the corporations’ bribery schemes in Mexico held in the United States, as evidenced by the DPAs.  Nonetheless, the district courts determined (and the appellate courts affirmed) that, on balance, Mexico had a greater interest in these cases.

In addition, the district and appellate courts determined that the UNCAC was non-self-executing and thus did not create any domestic law obligations to follow the treaty’s provisions.  The courts could have attempted to reconcile the United States’ international law obligations, which exist even for non-self-executing treaties, and domestic law through the Charming Betsy canon, which calls for domestic law to be construed to not conflict with international law or treaties ratified by the United States if possible.  Federal courts have explicitly and implicitly used the Charming Betsy canon to make the OECD Anti-Bribery Convention (a non-self-executing treaty) relevant to the interpretation of the FCPA.  In United States v. Esquenazi, the Eleventh Circuit explicitly relied on the Charming Betsy canon when construing the FCPA’s scope, noting that “We are thus constrained to interpret ‘instrumentality’ under the FCPA so as to reach the types of officials the United States agreed to stop domestic interests from bribing when it ratified the OECD Convention.”  In United States v. Kay, the Fifth Circuit similarly relied on the OECD Anti-Bribery Convention to define the scope of the FCPA’s business nexus (the requirement that the bribe be made to obtain or retain business).

In the Stryker and Zimmer Biomet Holdings cases, the district courts could have similarly tried to reconcile the United States’ international legal obligation with the forum non conveniens analysis by considering how to expand the opportunity for corruption cases to be heard in American courts.  For instance, the courts could expand the list of public interest factors to consider in corruption cases to reflect American international treaty commitments.  This would not guarantee that corruption cases would always pass the forum non conveniens hurdle but would change the balance in these cases to account for the United States’ unique treaty obligations for this type of litigation.

Fighting corruption is often a transnational effort.  The United States has historically been the major enforcer of global anticorruption rules against the supply of bribes, casting a wide jurisdictional net over all American corporations and foreign corporations accessing American capital markets.  The countries where the bribery occurred also have an interest in pursuing the parties giving and receiving the bribes under civil or criminal law.  UNCAC Article 35 provides for these host states to bring civil actions in the courts of other UNCAC countries, but this is just one tool in the fight against corruption.  Even though the U.S. courts declined jurisdiction in the Stryker and Zimmer Biomet Holdings cases, the United States could assist Mexico, providing evidence used in the FCPA resolutions, not only against the American parties supply the bribes, but also the Mexican nationals who assisted in the bribery scheme or accepted the bribes.  The possibility that corruption claims may be brought in multiple countries may create concerns for multinational corporations but also is a powerful deterrent to corruption.