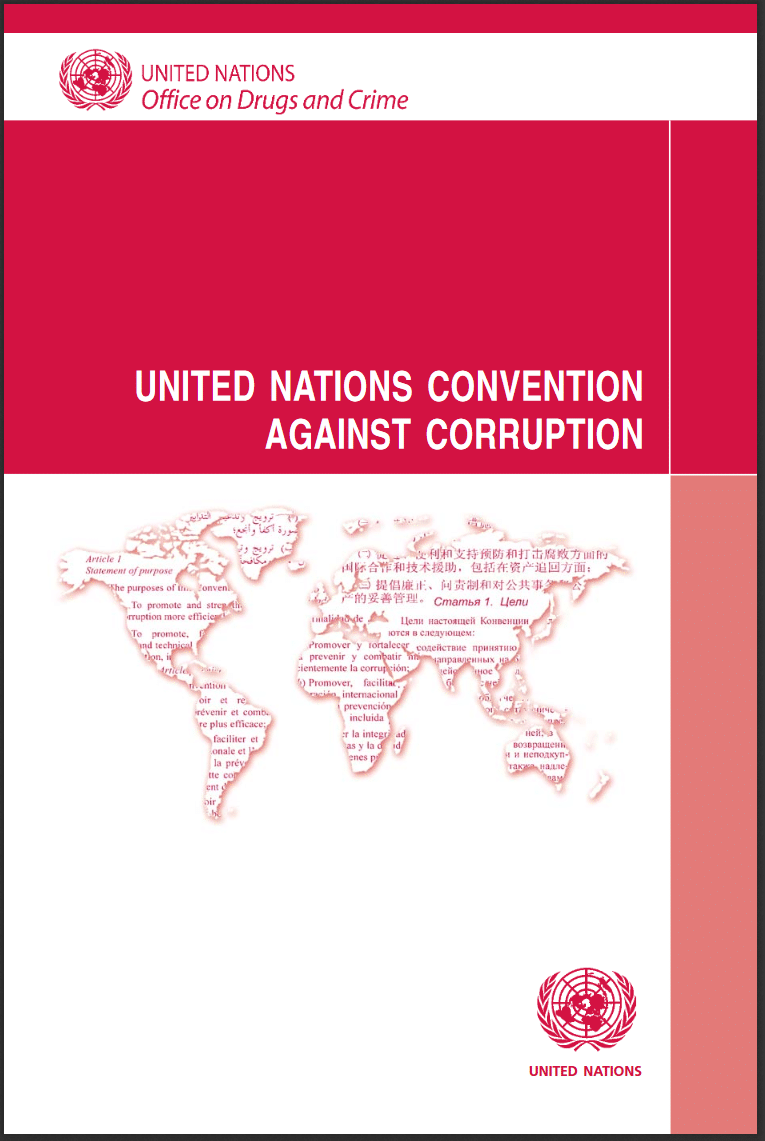 In March, both the Sixth and the Seventh Circuits affirmed forum non conveniens dismissals of suits brought by Instituto Mexicano del Seguro Social (IMSS), Mexico’s main social service agency, against U.S. corporations for their alleged bribery of Mexican government officials. IMSS had argued that the U.N. Convention Against Corruption (UNCAC) guarantees it the option of suing in U.S. courts. Both courts of appeals reasoned that the treaty does not prohibit forum non conveniens dismissals. But their application of forum non conveniens effectively guts UNCAC’s provision by suggesting that any suit brought by any foreign government for foreign bribery by a U.S. company will be dismissed for forum non conveniens. Particularly egregious was the Seventh Circuit’s insistence that Mexico had an interest in litigating such cases in Mexico despite rejecting Mexico’s effort to file an amicus brief explicitly stating that its preference was to litigate in the United States.

Based on U.S. government investigations, IMSS sued two U.S. companies for bribing Mexican officials to secure Mexican government contracts: In Instituto Mexicano Del Seguro Social v. Stryker Corp., it sued Stryker (a multinational purveyor of medical supplies based in Kalamazoo, Michigan) in its home forum of the Western District of Michigan, and in Instituto Mexicano Del Seguro Social v. Zimmer Biomet Holdings, Inc., it sued Zimmer Biomet (an orthopedic medical device company headquartered in Warsaw, Indiana) in its home forum of the Northern District of Indiana. Both suits were dismissed by the district courts for forum non conveniens, and the Sixth and Seventh Circuits, respectively, affirmed those dismissals.

In both cases, IMSS raised two arguments: (1) that UNCAC bars the use of forum non conveniens to dismiss such claims, and (2) that even if it doesn’t, the district court’s dismissal for forum non conveniens was an abuse of discretion. Even if the courts were correct to reject the first argument, they failed to account adequately for UNCAC and Mexico’s sovereign interests when they rejected the second argument.

Each State Party shall, in accordance with its domestic law:

(a) Take such measures as may be necessary to permit another State Party to initiate civil action in its courts to establish title to or ownership of property acquired through the commission of an offence established in accordance with this Convention;

(b) Take such measures as may be necessary to permit its courts to order those who have committed offences established in accordance with this Convention to pay compensation or damages to another State Party that has been harmed by such offences; and

(c) Take such measures as may be necessary to permit its courts or competent authorities, when having to decide on confiscation, to recognize another State Party’s claim as a legitimate owner of property acquired through the commission of an offence established in accordance with this Convention.

The Seventh Circuit reasoned that because this provision is non-self-executing and because it has not been implemented by Congress, it was irrelevant to the dispute. The Seventh Circuit was too quick to dismiss the treaty as irrelevant, however. It is true that non-self-executing treaties are not directly enforceable as domestic law, but they are still fully binding on the United States. Thus, while Article 35 might not dictate the outcome of the forum non conveniens inquiry, the courts should have taken the U.S. treaty commitment into account when evaluating the propriety of a forum non conveniens dismissal.

The Sixth Circuit took a slightly better approach.  It focused on “the text of the Convention itself,” pointing out that Mexico had not been prevented from “initiat[ing]” an action. It also reasoned that the phrase “in accordance with its domestic law” incorporated forum non conveniens as a doctrine of general applicability. In short, IMSS was allowed to sue in U.S. court, but it “must play by the same rules as everyone else.” That interpretation of the Convention is plausible—but only if there is a meaningful possibility for Mexico to obtain relief in a U.S. court. Under the reasoning of both the Sixth and the Seventh Circuit, however, any suit like those brought by IMSS would be dismissed for forum non conveniens.

The federal forum non conveniens inquiry involves three steps. First is the question of how much deference IMSS should receive for its choice of forum. The Sixth Circuit reasoned that IMSS should receive “less deference” because it “chose not to litigate in its home forum.” This decreased deference for foreign plaintiffs has been the subject of much controversy, but it seems particularly inapt where the plaintiff is invoking a treaty provision as establishing its right to sue in U.S. court.

There is also the added irony of discounting a plaintiff’s decision to sue the defendant at home. As I have argued elsewhere (with various coauthors), permitting the forum non conveniens dismissal of cases brought against local defendants is both ahistorical and problematic in light of the Supreme Court’s recent emphasis on the availability of at-home general jurisdiction. The Seventh Circuit acknowledged this irony, concluding that in such foreign plaintiff–local defendant cases, no thumb should be put on either side of the scale. I would have gone further: particularly in light of UNCAC Article 35, IMSS’s choice to sue Stryker and Zimmer Biomet in their home courts should have received full deference.

Second, both courts affirmed that Mexico was an adequate and available alternative forum. This was not a surprising conclusion, in light of this inquiry’s exceedingly low bar (pp. 988-990). But neither court acknowledged the context of foreign bribery: that the alleged wrongdoing itself could undermine the institutional ability of the plaintiff’s home courts to handle such cases. Indeed, that concern would explain the inclusion of Article 35 in UNCAC in the first place. IMSS understandably did not throw Mexican courts under the bus, but it did explain (in both cases) that “Mexican courts are historically reluctant to judge the foreign parents of Mexican corporations.” The courts of appeals did not consider this concern relevant to whether the Mexican courts would be able to provide any potential remedy to IMSS.

Third, the appellate courts affirmed the district courts’ weighing of private and public interests. Both opinions stressed that almost all of the relevant acts occurred in Mexico, that the relevant witnesses were likely to be in Mexico, and that Mexican law would likely apply. Note that these factors will point to the foreign forum in just about every case brought pursuant to Article 35 by a foreign government alleging bribery by a U.S. company.

Both courts also concluded that Mexico would have a greater interest in litigating this case than would the United States. In the words of the Sixth Circuit:

Indeed, contrary to IMSS’s assertions, it is hard to imagine that Mexico’s interest in this suit would be less than that of the United States. IMSS is an arm of the Mexican government. And it is alleging violations of Mexican law from activities that occurred in Mexico and were facilitated by bribes paid to Mexican government officials. Mexico would seem to have a greater interest than the United States in rooting out corruption in Mexico and enforcing Mexican law.

One might consider that Mexico would be better equipped than U.S. judges to determine what is in Mexico’s interest. The United States might also take issue with the assumption that it lacks a compelling interest in “rooting out corruption in Mexico” caused by U.S. companies, given the history of the Foreign Corrupt Practices Act and the U.S. investment in the global campaign against corruption. The Seventh Circuit acknowledged but rejected these points:

[W]e do not accept IMSS’s venue decision as an expression of Mexico’s policy preference. IMSS is one agency of the Mexican government. Without some support, it seems a stretch to claim IMSS is fully aware of, or empowered to speak to, the nuanced policy interest in the administration of the Mexican legal system, a national interest in addressing corruption, or the foreign relations among nations. IMSS points to nothing indicating its decision where to file a particular lawsuit is the product of the balance of Mexico’s national interests as a whole.

On its face, this reasoning is not persuasive. IMSS as just “one agency of the Mexican government” would still be in a better position to assess Mexico’s interests than judges sitting in Indiana; it also can point to UNCAC itself as indicating Mexico’s interest in cross-border enforcement actions.

But the logic falls apart completely in light of the Seventh Circuit’s docket: The Mexican Secretary of Foreign Affairs sought to file an amicus brief before oral argument. In its request, it stated bluntly:

Zimmer Biomet for its part urged the Seventh Circuit not to permit the amicus brief because IMSS already adequately represented the Mexican government’s interest before the court. The Seventh Circuit evidently agreed when it refused to permit Mexico to file the amicus brief–before concluding that IMSS could “point[] to nothing indicating its decision where to file a particular lawsuit is the product of the balance of Mexico’s national interests as a whole.”

Perhaps the panel deciding Zimmer Biomet was not aware of this earlier procedural wrangling. But even if the Seventh Circuit had accepted the amicus brief, it is not clear it would have altered its reasoning: Mexico was allowed to submit a similar brief before the Sixth Circuit, and the Sixth Circuit still rejected Mexico’s statement of its own interests, concluding instead that “Mexico would seem to have a greater interest than the United States” in litigating such cases in its own courts.

The cumulative effect of the reasoning of both of these opinions is that any case brought by a foreign state alleging bribery by a U.S. company abroad will be dismissed for forum non conveniens. The foreign state’s choice of forum will be discounted (despite Article 35); concerns about local institutional ability to counter corruption will be ignored (despite Article 35); the location of evidence and witnesses abroad will always point to dismissal (even if the defendant is sued in its home forum); and the foreign state will seemingly be unable to convince federal judges of what its sovereign interests actually are. And that renders the promise of UNCAC Article 35 a dead letter in the United States.

The UNCAC context should change the forum non conveniens analysis in at least three respects: First, it should override any decreased deference to a foreign plaintiff’s choice to sue in the United States, at least if the foreign government plaintiff is suing the U.S. defendant in it home forum. The foreign government’s forum choice is supported by both Article 35 of UNCAC (which, again, remains a binding international legal commitment of the United States even if it is non-self-executing) and the logic of anti-corruption measures (that a state whose institutions have been undermined by foreign bribery has an understandable concern about litigating such bribery in its own courts).

Second, even if the court determines that most of the evidence and witnesses of the bribery will be in the foreign state, such evidence in a corruption case is likely to be primarily within the control of the foreign government plaintiff and the U.S. company. It is not the location of the evidence that matters, but whether the U.S. court will be able to compel discovery and testimony from unwilling third parties. (To the extent that evidence in Mexico was not under the control of the government or the defendants’ subsidiaries and agents, Mexico is a party to the Hague Evidence Convention, which commits Mexico to helping execute evidentiary requests from U.S. courts.)

The cumulative effect of these UNCAC considerations is that suits like those brought by IMSS against U.S. corporations in their home forums should rarely be dismissed for forum non conveniens. Unfortunately, the Sixth and Seventh Circuit opinions–if left uncorrected–will lead district courts to reach the opposite conclusion.