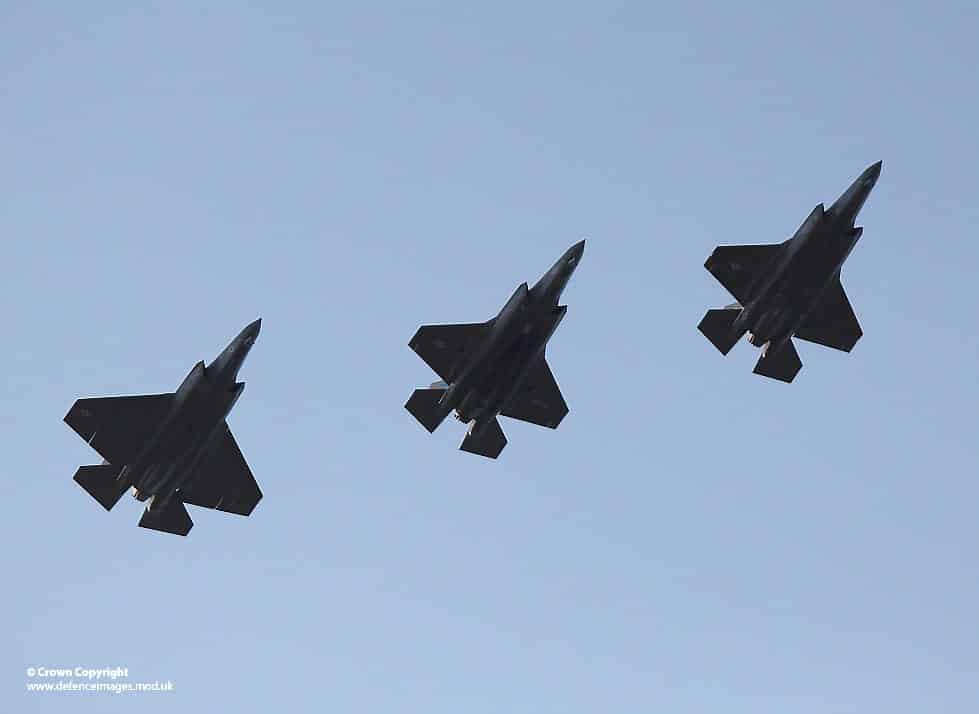 The Foreign Sovereign Immunities Act (FSIA) allows actions against foreign states to be brought in U.S. courts based on their commercial activities. In Republic of Argentina v. Weltover (1992), the Supreme Court held “that when a foreign government acts, not as regulator of a market, but in the manner of a private player within it, the foreign sovereign’s actions are ‘commercial’ within the meaning of the FSIA.” To illustrate the point, the Court wrote that “a contract to buy army boots or even bullets is a ‘commercial’ activity, because private companies can similarly use sales contracts to acquire goods.” When I teach Weltover, I press the hypothetical further, asking my students whether a contract to buy fighter jets would be a commercial activity.

The Fourth Circuit recently answered that question and, in my view, answered it wrong. In Blenheim Capital Holdings Ltd. v. Lockheed Martin Corp., the court of appeals concluded that “not every purchase of goods by a sovereign is ‘commercial activity.’” Specifically, the court held, the purchase of military equipment that private parties are prohibited from buying is not a “commercial activity.” This holding seems contrary not only to Weltover but also to Congress’s direction in the FSIA to judge the character of an activity by its nature rather than its purpose.

South Korea agreed to buy 40 F-35 fighter jets from Lockheed Martin worth about $7 billion and a military satellite from Airbus worth about $3 billion. The plaintiff, Blenheim, is a broker who was to provide an “offset” transaction to lower the effective price to South Korea by purchasing three satellites from Airbus and transferring one of them to South Korea for a lower price. Apparently, offsets are common in military procurement contracts. All these transactions were regulated by the United States as “Foreign Military Sales” and required approval from the U.S. Department of Defense. At some after performance of the contract had begun, the parties restructured the transaction, cutting Blenheim out of the deal. Blenheim then sued Lockheed, Airbus, and South Korea for various business torts and antitrust violations. The district court dismissed the claims against South Korea on sovereign immunity grounds and the claims against Lockheed and Airbus on other grounds.

The FSIA provides that foreign states are immune from suit in federal and state court unless an exception to immunity applies. The commercial activity exception allows foreign states to be sued based upon their commercial activities if the activities have sufficient connections to the United States. The Act defines a “commercial activity” as “either a regular course of commercial conduct or a particular commercial transaction or act.” It further provides that “[t]he commercial character of an activity shall be determined by reference to the nature of the course of conduct or particular transaction or act, rather than by reference to its purpose.”

In Weltover, the Supreme Court had the chance to interpret “commercial activity.” Argentina issued bonds to insure foreign exchange transactions. When the bonds began to mature, it unilaterally extended the time for payment, and certain bondholders sued for breach of contract. The Court held that Argentina’s issuance of bonds was a commercial activity.

Weltover explained “that when a foreign government acts, not as regulator of a market, but in the manner of a private player within it, the foreign sovereign’s actions are ‘commercial’ within the meaning of the FSIA.” Given Congress’s instruction to determine the character of an activity by reference to its nature rather than its purpose, the Court continued, “the issue is whether the particular actions that the foreign state performs (whatever the motive behind them) are the type of actions by which a private party engages in ‘trade and traffic or commerce.’” By way of illustration, Weltover said: “a foreign government’s issuance of regulations limiting foreign currency exchange is a sovereign activity, because such authoritative control of commerce cannot be exercised by a private party; whereas a contract to buy army boots or even bullets is a ‘commercial’ activity, because private companies can similarly use sales contracts to acquire goods.”

The Fourth Circuit saw it differently. Although the plaintiff Blenheim argued that the transaction was commercial because it involved “the purchase and sale of goods,” the court of appeals thought that this “definition of commercial activity is made at too general a level, such that it would essentially encompass every purchase or sale of goods involving a foreign sovereign.” In the court’s view, it mattered what kinds of goods were being sold: “when the sovereign engages in a transaction peculiar to sovereigns — one in which private parties cannot engage — it is engaged in sovereign activity that is not excepted from the immunity conferred by the FSIA, even if it involves the purchase of goods.” The court emphasized that this transaction was heavily regulated as a foreign military sale under the Arms Export Control Act.

But even apart from this regulation, the court continued, the transaction was an “inherently sovereign activity.” “Activities such as creating and maintaining armed forces and obtaining for them arms and other tools of war—supplied only by sovereigns and to sovereigns in furtherance of mutual defense arrangements—are peculiarly sovereign activities,” the court explained. Because “the activity at issue in this case was not the type that could be pursued by private citizens or corporations,” the court concluded “that South Korea was not engaged in ‘commercial activity’ within the meaning of the FSIA.”

The Fourth Circuit’s reasoning in Blenheim seems directly contrary to Weltover. Weltover rejected the proposition that buying goods for the armed forces is not commercial. And, although Justice Scalia’s opinion for the Court does not mention it, the FSIA’s legislative history clearly states that “a contract by a foreign government to buy provisions or equipment for its armed forces … constitutes a commercial activity.” Weltoveralso strongly suggests that it does not matter what kind of goods a foreign government is buying for its military—”army boots or even bullets”—so long as it “use[s] sales contracts to acquire goods.”

The Fourth Circuit’s decision in Blenheim also conflicts with the decisions of other courts. In McDonnell Douglas Corp. v. Islamic Republic of Iran (1985), the Shah’s government entered a contract to buy parts for F-4 aircraft. The Eight Circuit held that “a contract by a foreign government to buy equipment for its armed services constitutes a commercial activity to which sovereign immunity does not apply.” In UNC Lear Services, Inc. v. Kingdom of Saudi Arabia (2009), Saudi Arabia entered a contract for spare parts and repair services for F-5 aircraft. The Fifth Circuit held that the “contract for the repair and replacement of goods is a commercial activity, regardless of the product’s end use for a military purpose.” And in Simon v. Republic of Hungary(2020), the District Court of the District of Columbia held that Hungary’s purchases of military equipment from the U.S. government were commercial activity. In each of these cases, the contracts were foreign military sales contracts regulated and approved by the U.S. government, just as in Blenheim.

The FSIA’s commercial activities exception allows foreign states that enter contracts for goods or service to be sued in U.S. courts. The legislative history the Act and the Supreme Court’s decision in Weltover make clear that the exception applies to military sales. The Fourth Circuit’s decision in Blenheim is the first to hold that certain military sales fall outside the scope of the commercial activity exception because of the kind of goods being sold.

F-35 fighter jets and military satellites are admittedly important items and ones that private parties cannot buy. But if the identity of the thing being bought or sold were deemed relevant to determining the character of an activity, many activities of foreign governments could be recharacterized as non-commercial. In Weltover, for example, Argentina was issuing bonds in general, but it was issuing government bonds in particular, which are something private companies cannot issue. Under the Fourth Circuit’s reasoning in Blenheim, Weltover should arguably have come out the other way.

When I teach Weltover again this semester, I will again ask my students whether a contract to buy fighter jets would be a commercial activity. I will also advise them that, if they want to sue a foreign government for breach of such a contract, they should avoid the Fourth Circuit.