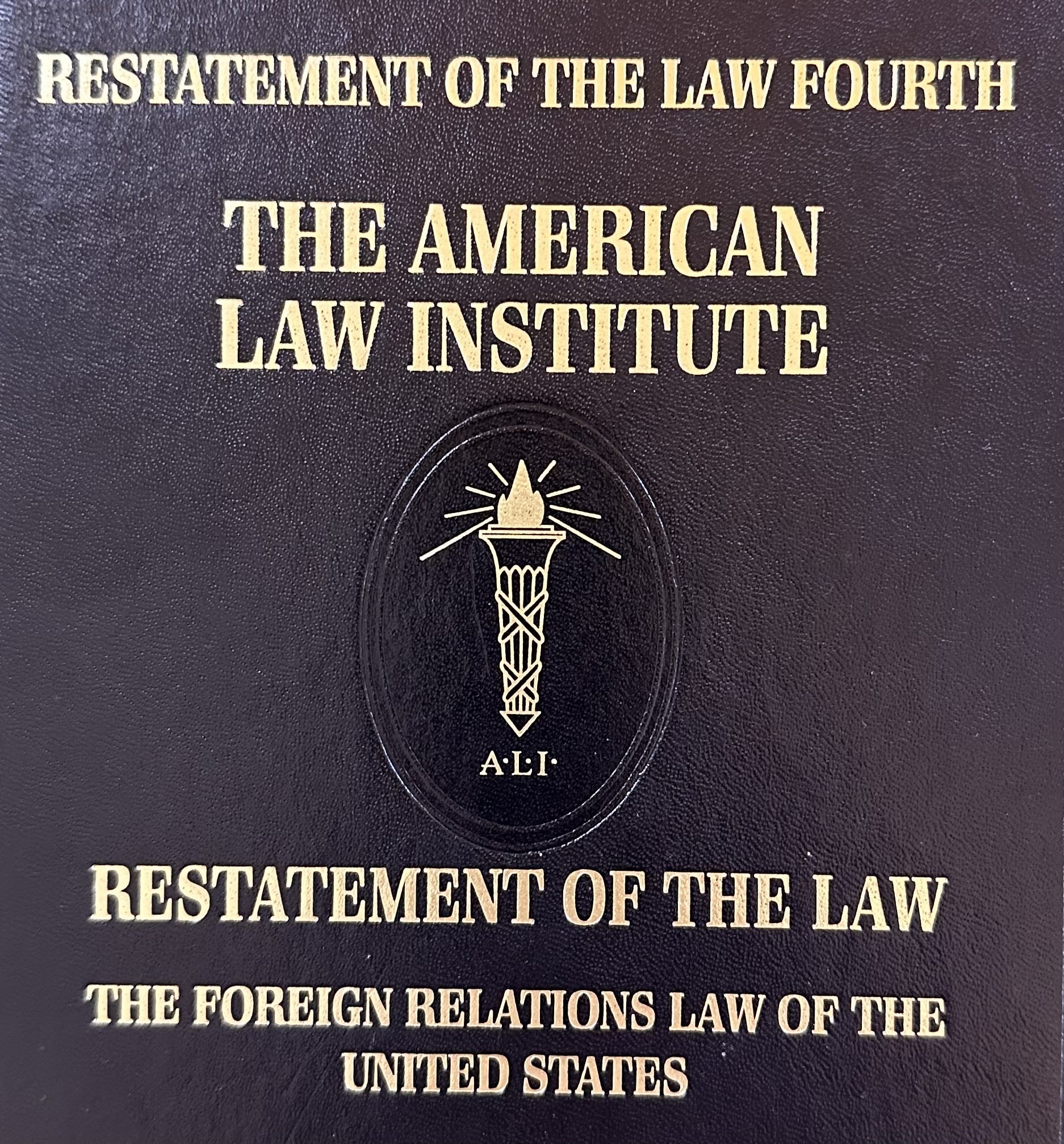 Yesterday, the Council of the American Law Institute (ALI) approved a project to complete the Restatement (Fourth) of the Foreign Relations Law of the United States. The project will be chaired by John Bellinger and Harold Koh. Curt Bradley, Bill Dodge, and Oona Hathaway will serve as reporters.

The first phase of the Restatement (Fourth) covered Article II treaties, jurisdiction and the enforcement of judgments, and foreign state immunity. Bradley and Dodge served as co-reporters during the first phase, along with TLB founding editor Ingrid (Wuerth) Brunk and several TLB advisors. It was published in 2018.

The second phase is expected to cover topics not taken up during the first phase, including executive agreements, customary international law, questions of separation of powers and federalism, and the immunity of international organizations and foreign officials.

The ALI has also named a new Director, Seventh Circuit Judge Diane Wood, who will take office in May. Judge Wood served as an adviser to the Restatement (Fourth) during its first phase.