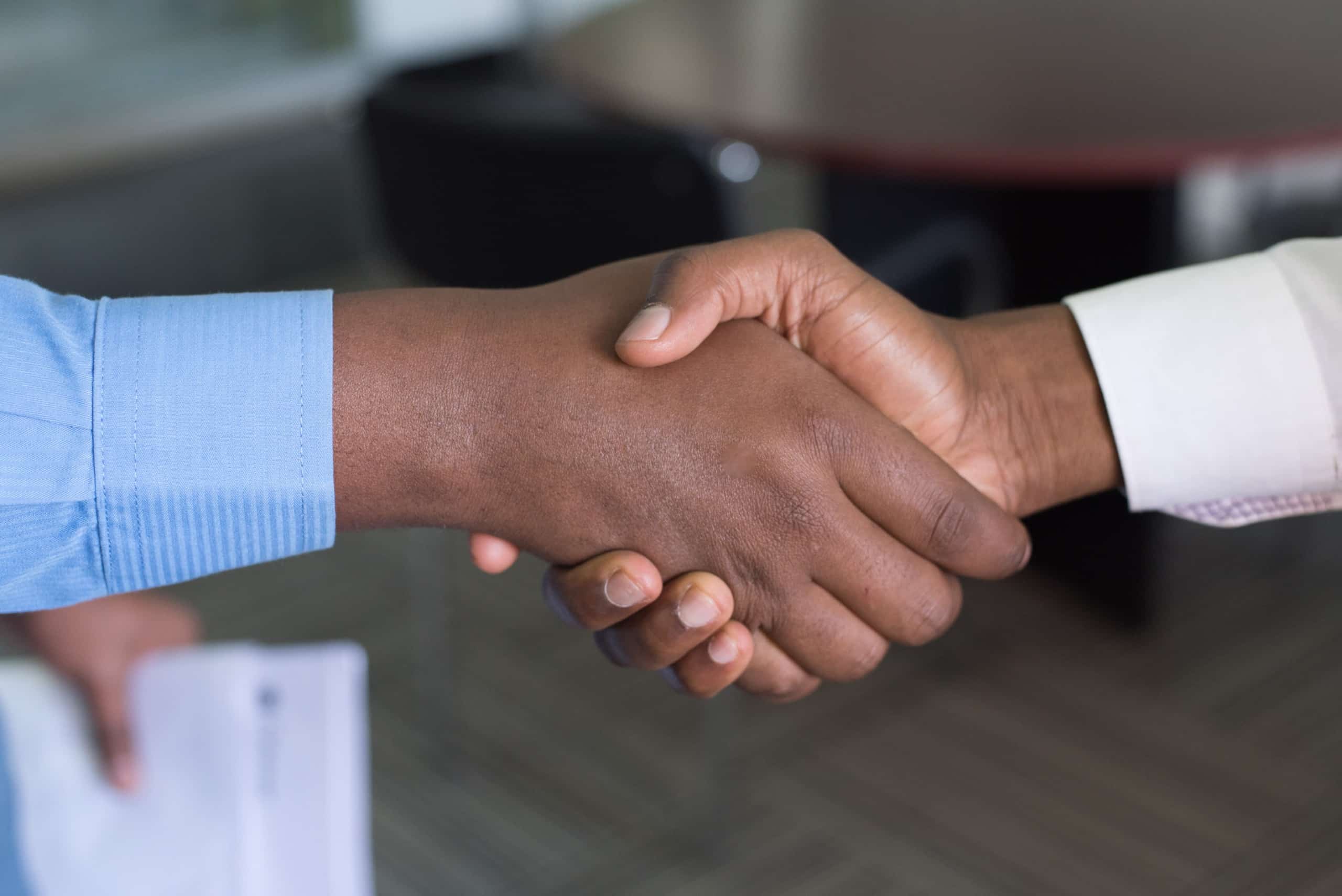 Photo by Cytonn Photography on Unsplash

[This post is one in a series of primers on various topics in transnational litigation. More primers can be found on our topic pages, accessible by clicking Topics at the top of the page.]

In transnational litigation it will often be necessary to do something within the territory of another state, such as serve process, obtain evidence, authenticate documents, or enforce judgments. Judicial assistance treaties exist to aid with these tasks. The United States is party to conventions on service, the discovery of evidence, and the authentication of documents. It has also signed, but not yet ratified, conventions on the recognition and enforcement of judgments.

The Hague Service Convention requires each country to designate a Central Authority to receive requests for service coming from other treaty parties. The Central Authority is required to serve the document, or arrange for its service, according to its own law and then to return a certificate of service to the requesting party.

The Convention permits several alternative methods of service, most of which are available only if the receiving country has not objected to them. The Hague Conference on Private International Law maintains a status table showing the parties to the Convention and their declarations. Articles 8 and 9 permit service through diplomatic and consular channels, although the United States usually does not permit the use of U.S. embassies and consulates abroad for service of process. Article 10 permits the use of “postal channels” and foreign “judicial officers.” Article 11 allows countries to agree to other methods of service between themselves. And Article 19 has a savings provision that permits service by other methods permitted by the receiving state’s internal law.

U.S. courts have divided on whether methods of service not specifically mentioned in the Convention, such as email, are permitted. The design of the Convention suggests that the answer is no. The drafters took care to provide that methods of service other than service through a Central Authority would be available only if the receiving country agreed to them. Against that background, silence with respect to an alternative method cannot be read as permission.

Article 15 provides that a court shall not enter a default judgment unless process was served in accordance with the internal law of the other country or through a method provided in the Convention. But Article 15 also allows countries to declare that they will permit default judgment if no certificate of service has been returned by the other country’s Central Authority, at least six months have elapsed, and the requesting party has made every reasonable effort to obtain such a certificate. The United States has made such a declaration. Article 16 provides courts shall have the power to vacate a default judgment when service was required under the Convention, if the defaulting party can establish that it did not have knowledge of the document in time to defend and that it has a prima facie defense on the merits.

The Hague Service Convention applies “where there is occasion to transmit a judicial or extrajudicial document for service abroad.” In Volkswagenwerk Aktiengesellschaft v. Schlunk (1988), the U.S. Supreme Court held that compliance with the Convention is mandatory whenever it applies. But the Court also held that the internal law of the United States determines when there is occasion to transmit documents abroad. Some states permit substituted service on foreign companies by service on their U.S. affiliates, avoiding the applicability of the Convention. The Convention also does not apply when the address of the person to be served is not known, although U.S. courts typically require a party to use “reasonable diligence” to discover the address.

The United States is one of 64 parties to the Hague Evidence Convention. The Convention requires each country to designate a Central Authority to receive requests for evidence from the courts of other state parties. The Central Authority must execute the request “expeditiously,” according to its own laws and procedures. But Article 9 provides that a Central Authority “will follow a request of the requesting authority that a special method or procedure be followed, unless this is incompatible with the internal law of the State of execution or is impossible of performance by reason of its internal practice and procedure or by reason of practical difficulties.” Thus, a U.S. court may request, for example, that a deposition be taken under oath.

Under Article 11 of the Convention, the person from whom evidence is sought may assert any privilege available under the laws of the state of execution (the requested state) or the state or origin (the requesting state).

Articles 15, 16, and 17 provide, alternatively, for the taking of evidence by consuls and by specially appointed commissioners. But such evidence is taken without any means of compulsion, which means it must be given voluntarily. Countries may also opt out of these methods by making a declaration to that effect. The Hague Conference on Private International Law maintains a status table showing the parties to the Convention and their declarations.

Finally, Article 23 allows countries to declare that they “will not execute Letters of Request issued for the purpose of obtaining pre-trial discovery of documents as known in Common Law countries.” This article was proposed by the United Kingdom (a common law country) and is clearly aimed at U.S. discovery practices. Most state parties have made Article 23 declarations, imposing various limitations on the discovery of documents.

The result is that the evidence that may be gathered under the Hague Evidence Convention may be narrower than the evidence that may be obtained under U.S. discovery rules. The U.S. Supreme Court held in Société Nationale Industrielle Aérospatiale v. District Court (1987) that resort to the Convention is optional and need not even be attempted before a court orders discovery of evidence located abroad under U.S. discovery rules. Although the Supreme Court called for a “particularized analysis” of the comity interests in each case, a large majority of the reported district court decisions have rejected use of the Convention after rote analysis of the factors. Use of the Convention has been more common when evidence abroad is sought from non-parties because district courts lack coercive authority over such parties, leaving the Convention as the only practical option.

The United States is one of 124 parties to the Hague Apostille Convention (more formally known as the Convention Abolishing the Requirement of Legalization for Foreign Public Documents). The Convention eliminates the traditional requirement of legalization for foreign public documents, under which diplomatic or consular agents are required to certify a document’s authenticity. Instead, the Convention provides that each state party shall designate a competent authority to issue certificates (known as apostilles) attesting to the authenticity of the signature, the capacity in which the signing official has acted, and the identity of the seal or stamp (if any). The Convention provides a model certificate that may be affixed or attached to the document. Courts in the United States frequently rely on apostilles made under the Convention to authenticate foreign public documents, such as birth, marriage, and death certificates and the notarization of signatures.

The Hague Conference has also produced two conventions on foreign judgments, both of which the United States has signed but not yet ratified.

The 2005 Hague Convention on Choice of Court Agreements (COCA) provides, first, for the enforcement of exclusive choice of court clauses (commonly known in the United States as forum selection clauses) when they are written into international contracts. Under Article 5, the chosen court is to have jurisdiction unless the clause is null and void under the law of that state. Under Article 6, other courts not mentioned in the clause are to decline jurisdiction, subject to narrow exceptions that largely track existing U.S. law. Perhaps the biggest change to U.S. law that ratification of the COCA would make concerns the interpretation of choice of court clauses. Under current U.S. law, ambiguous clauses are presumed to be nonexclusive, whereas under the COCA, ambiguous clauses would be presumed to be exclusive.

The COCA is currently in force among the members of the European Union, Mexico, Montenegro, Singapore, and the United Kingdom. It has additionally been signed, but not ratified, by China, Israel, North Macedonia, Ukraine, and the United States.

The 2019 Hague Judgments Convention provides for the recognition and enforcement of judgments not made under an exclusive choice of court clause, with a few exclusions including defamation, intellectual property, and some antitrust judgments. The rendering court must have had a basis for jurisdiction listed in Article 5, which is generally consistent with the Uniform Acts that currently govern the recognition and enforcement of foreign judgments in most states and with U.S. due process standards.

Article 7 sets forth the grounds for refusing recognition and enforcement. They track those found in the COCA and are, again, similar to those currently found in the Uniform Acts. Article 7(1)(c) includes within the public policy exception “situations where the specific proceedings leading to the judgment were incompatible with fundamental principles of procedural fairness of that State,” which is nearly identical to a ground for nonrecognition added in the 2005 Uniform Act. The Convention does not include as a ground for nonrecognition a lack of due process in the foreign judicial system as a whole, but this ground is rarely used in the United States. Moreover, Article 29 allows countries to opt out of the Convention with respect to other specific countries, which would allow the State Department to guard against foreign judicial systems that do not provide due process.

The Hague Judgments Convention has been ratified by the European Union and Ukraine and will enter into force on September 1, 2023. It has additionally been signed, but not ratified, by Costa Rica, Israel, Russia, the United States, and Uruguay.

In the United States, the ratification of both the Hague Judgments Convention and COCA may be complicated by the fact that treaties are generally implemented by federal law, whereas the recognition and enforcement of foreign judgments has traditionally been the province of state law.

A New Frontier for Extraterritorial Disclosure Orders in England & Wales