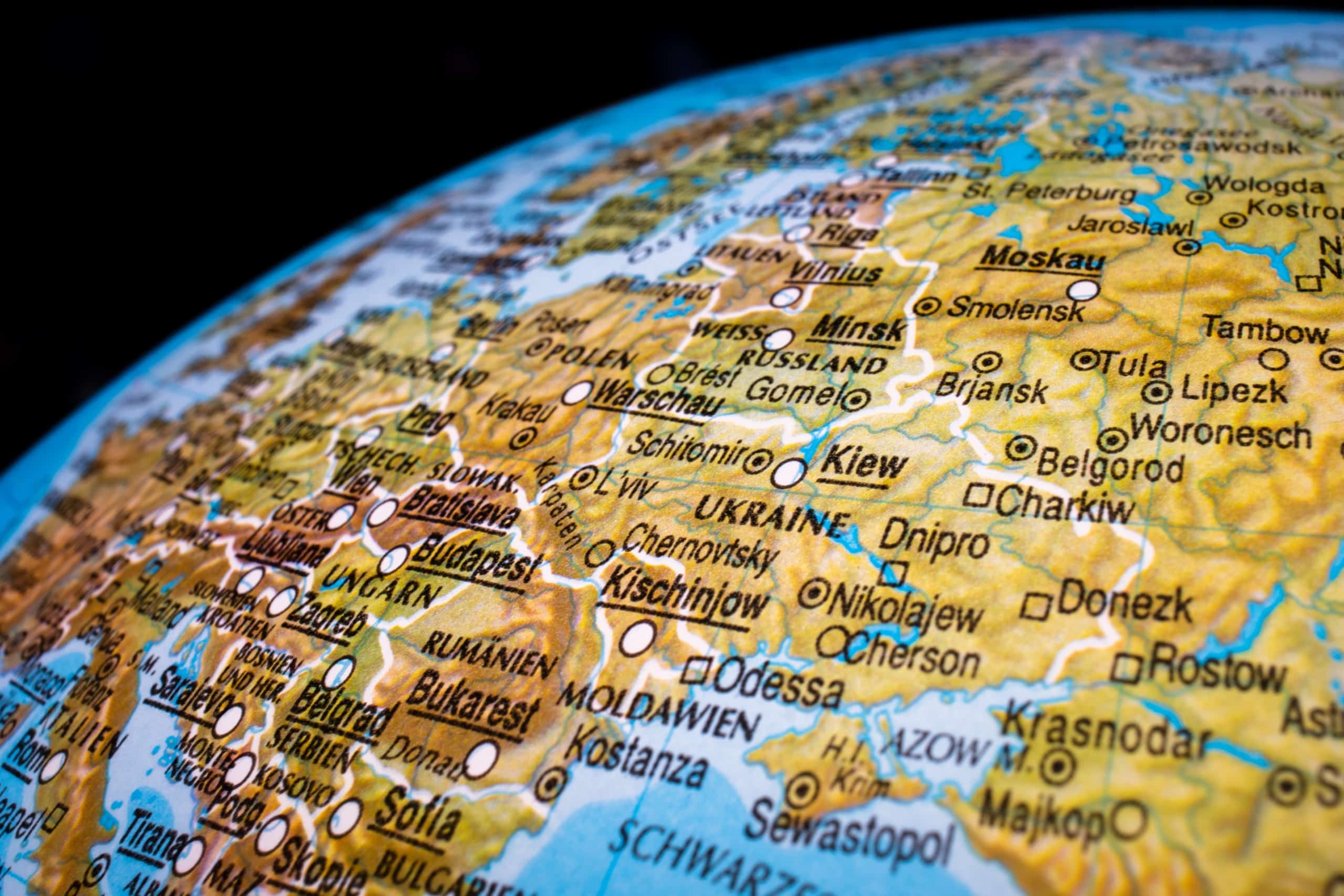 Photo by Jan Reinicke on Unsplash

Both Russia and Ukraine are member states of the 1965 Convention on the Service Abroad of Judicial and Extrajudicial Documents in Civil or Commercial Matters (Hague Service Convention (HSC)). After Russia occupied the Autonomous Republic of Crimea and its capital city, Sevastopol, and exercised control over certain areas of Ukraine (the “Occupied Areas”), Ukraine filed a declaration (“Ukraine’s Declaration on Crimea”) under the HSC. It states that, as a result of Russia’s occupation, implementing the HSC in the Occupied Areas is limited, that the procedure for service and relevant communication is determined by the Central Authority of Ukraine, and that documents or requests issued by the Russian and related illegal Authorities in the Occupied Areas are null and void and have no legal effect.

In 2016, Russia declared (“Russia’s Declaration on Crimea”) that Ukraine’s Declaration on Crimea is based on “a bad faith and incorrect presentation and interpretation of facts and law” under the HSC and other Hague Conventions. Thus far, Estonia, Finland, Germany, Latvia, Lithuania, and Poland have each made declarations supporting Ukraine’s and announcing that they will not engage in any direct interaction with the Authorities in the Occupied Areas and will not accept any documents or requests emanating from or through such Authorities. The conflicting Declaration made by Ukraine and Russia, respectively, brings challenges for serving a defendant residing in the Occupied Areas—the scope of which has expanded during the recent military conflict—in civil and commercial cases when the defendant neither appoints an agent in the forum nor waives service. On one hand, neither Ukraine nor Russia permit service by postal channels (mail) under HSC Article 10(a). On the other, service via the Ukrainaine Central Authority in the Occupied Areas is unguaranteed as indicated in Ukraine’s Declaration on Crimea; however, Ukraine and its supporting states do not recognize service conducted by the Russian Central Authority. A practical question for litigators is how to conduct service of process in the Occupied Areas?

This post suggests that the legal effects of service conducted by the Russian Central Authority under the HSC on a defendant in the Occupied Areas should be recognized for two reasons. Firstly, the Ukraine and its supporting states’ declarations under the HSC are interpretative declarations rather than reservations (the same is true of the Russian delcaration). Secondly, the Namibia Exception can provide certainty and predictability for litigators in international civil and commercial cases and should be applied to service conducted by the Russian Central Authority in the Occupied Areas.

Legal Dilemmas for the HSC

The competing declarations on Crimea do not identify the HSC provision pursuant to which they are made, nor do they specify the provisions whose legal effect they purport to modify. Arguably, no provision of HSC provides a legal basis for either declaration on Crimea.

1. Provisions for the Designation and Function of a Central Authority

Ukraine’s Declaration on Crimea provides that documents or requests made by Russia or a related authority in the Occupied Areas are void. HSC Articles 2–17 do not provide a basis for the declaration, because the purported invalidity of service conducted by the Russian Central Authority does not directly relate to the designation or function of the Ukrainian Central Authority. It is also likely beyond the scope of HSC Article 18, which allows each contracting state to designate other Authorities and determine their competence. A counterargument may be that Russia’s invasion violated Ukraine’s sovereignty, so Ukraine can invoke Article 18 and claim that Russia and relevant local authorities are illegal and that the documents or requests issued by them are void. Ukraine’s territorial sovereignty over the Occupied Areas is, however, an incidental question to the validity of the documents or requests issued by Russia and the relevant local authorities. Importantly, the HSC does not contain a compromissory clause. This distinguishes it from treaties such as the United Nations Convention on the Law of the Sea under which, in some circumstances, tribunals can determine incidental questions “when those issues must be determined in order for the . . . tribunal to be able to rule on the relevant claims.”

For the same reasons, Russia’s Declaration on Crimea lacks a clear basis in HSC Articles 2-18.

Article 29 allows a state to extend the application of the HSC to territories “for the international relations of which [the declaring state] is responsible.” The meaning of this language is not clear. Article 56(1) of the European Convention on Human Rights (ECHR) includes a similar phase. Article 56(1) is the so-called “colonial clause,” which prevents the automatic application of the ECHR to non-metropolitan territories and empowers a metropolitan state to declare its application.  In 1961, the European Commission extended Article 56(1) to “dependent territories irrespective of domestic legal status.” The concept of dependent territories under the ECHR has been defined by almost exclusive deference to a member state’s unilateral Article 56(1) declaration. In Quark Fishing Ltd. v. United Kingdom, for example, Protocol No. 1 was held inapplicable to a fishing vessel under a Falklands flag because the UK declaration only extended the ECHR, not Protocol No. 1, to islands that belonged to Falkland Islands (Islas Malvinas) Dependencies.

However, the ECHR’s deferential approach should not apply to HSC Article 29. Argentina is not a member state of the ECHR and the court in Quark Fishing relied on the fact that there was no dispute that the islands were a “territory” within the meaning Article 56(1). As an HSC member state, however, Argentina declared its opposition to the UK’s extension of the HSC to the Falkland Islands, relying on a UN resolution noting a dispute between the two states about sovereignty over the islands. Due to the unclear relationship between Article 29 and international law on the occupation or succession of territories, Article 29 may not serve as a legal basis for the Declarations on Crimea.

Legal Effect of the Declarations

The Declarations on Crimea are best understood as interpretative declarations for the following reasons.

Third, none of the declarants explicitly indicates that the Declaration on Crimea is a condition for them to ratify or continue as a member of the HSC. Consequently, they are not conditional interpretative declarations that should be treated as reservations.

Finally, a reservation would modify the legal effect of the HSC, applying between the reserving state and another state if the latter has not objected within twelve months after it was notified, which is not the case here. It is impossible for other state to tacitly accept the conflicting declarations.

Therefore, because the Declaration on Crimea made by Ukraine, its supporting states, and Russia, respectively, are interpretative declarations rather than reservations, they do not exclude or modify the legal effect of the HSC. Neither do they alter the treaty relations between the declarants and the majority of HSC member states that have not expressed a view on these Declarations.

The VCLT does not provide a timeline for a state to accept another state’s interpretative declaration. However, private parties in international litigation require certainty about service of process in Ukraine under the HSC. The courts of HSC member states should not recognize only the Ukrainian Central Authority for service in Occupied Areas just because their governments are politically aligned with Ukraine. Instead, for the reasons set out below, the Namibia Exception protecting the rights and interests of people in a territory controlled by non-recognized government should be extended to service conducted by the Russian Central Authority and local authorities in the Occupied Areas under the HSC.

The “Namibia Exception” comes from the Legal Consequences for States of the Continued Presence of South Africa in Namibia Notwithstanding Security Council Resolution case. That decision provides that the non-recognition of a state’s administration of a territory due to its violation of international law should not result in depriving the people of that territory of any advantages derived from international cooperation. The courts of HSC member states should recognize not only the Ukrainian Central Authority for service in the Occupied Areas, but also service conducted by the Russian Central Authority and local authorities in the Occupied Areas under the HSC.

First, service under the HSC concerns private rights. Service of process aims to ensure that a defendant is duly informed of a foreign litigation against it. When the defendant resides in the Occupied Areas, service conducted by the Russian Central Authority under the HSC should belong to the realm of the de facto government. Recognizing the conduct of de facto government does not necessarily lead to de jure recognition (e.g., Luther v. Sagor [1921] 3 KB 532 (Can.)).

Second, service through the Russian Central Authority is the only realistic way to serve a defendant in the Occupied Areas who has no agents in a foreign forum, given that Ukraine made a reservation on service by postal channels under HSC Article 10. Ukraine might be advised to withdraw this reservation during war time.

A concern is that applying the Namibia Exception to service of process conducted by the Russian Central Authority may harm Ukrainians in the Occupied Area when they are likely not in a position to defend themselves in a court in the United States, China or other foreign countries. The concern is not a good reason to reject the Namibia Exception because it can be addressed by the foreign courts using legal aids, remote hearing, forum non convenience, temporary stay, or other case management methods.

The HSC Special Commission is a group of experts designated by member states to discuss issues with the practical operation of the Convention. It has issued recommendations for HSC member states regarding the meaning of “civil or commercial matters”, service by electronic means, and other matters. It should publish a recommendation to assist member states in adopting a consistent response to the conflicting Declarations on Crimea.

The legal nature of Ukraine’s and Russia’s Declarations on Crimea are different. Ukraine’s Declaration on Crimea is an amplifying interpretative declaration, which intends to address new events not covered by a treaty. Russia’s invasion created such an event: the Ukrainian Central Authority can no longer effectuate service in the Occupied Areas. In contrast, Russia’s Declaration on Crimea is an interpretation contra legem. This is because Russia’s occupation of Ukraine violated international law on the prohibition of the unlawful use of force, which is contrary to the principle of good faith. Although states are free to decide whether to acknowledge Russia’s interpretation contra legem, the International Court of Justice has rendered a decision condemning Russia’s invasion of Ukraine. Although it does not bind all states, it shows that the international community considers the invasion as a violation of international law. The Special Commission should take this opportunity to assist member states in adopting consistent approaches to apply the HSC to serve defendants in Ukrainian territory occupied by Russia.

Nonperforming States and the Hague Service Convention: What to Do About Russia