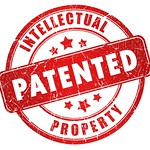 Anti-suit injunctions (ASIs) have recently emerged as a phenomenon significantly affecting the dynamics of standard essential patent (SEP) litigation. The enhanced role played by these patents in the Internet of Things scenario and the willingness of national courts to set themselves up as global licensing tribunals have spurred a race to the courthouse, incentivising forum shopping and the adoption of countermeasures such as anti-anti suit injunctions (AASIs) and anti-anti-anti suit injunctions (AAASIs). The implications of these litigation strategies have become a matter of geopolitics, as countries fear that the intellectual property rights of their companies may be undervalued by foreign courts to promote domestic economic interests. Against this backdrop, this paper aims to provide a comparative overview of European, U.S., and Chinese SEP disputes in which these injunctions have been issued or claimed and to identify some policy recommendations to curb the frictions affecting SEP licensing.