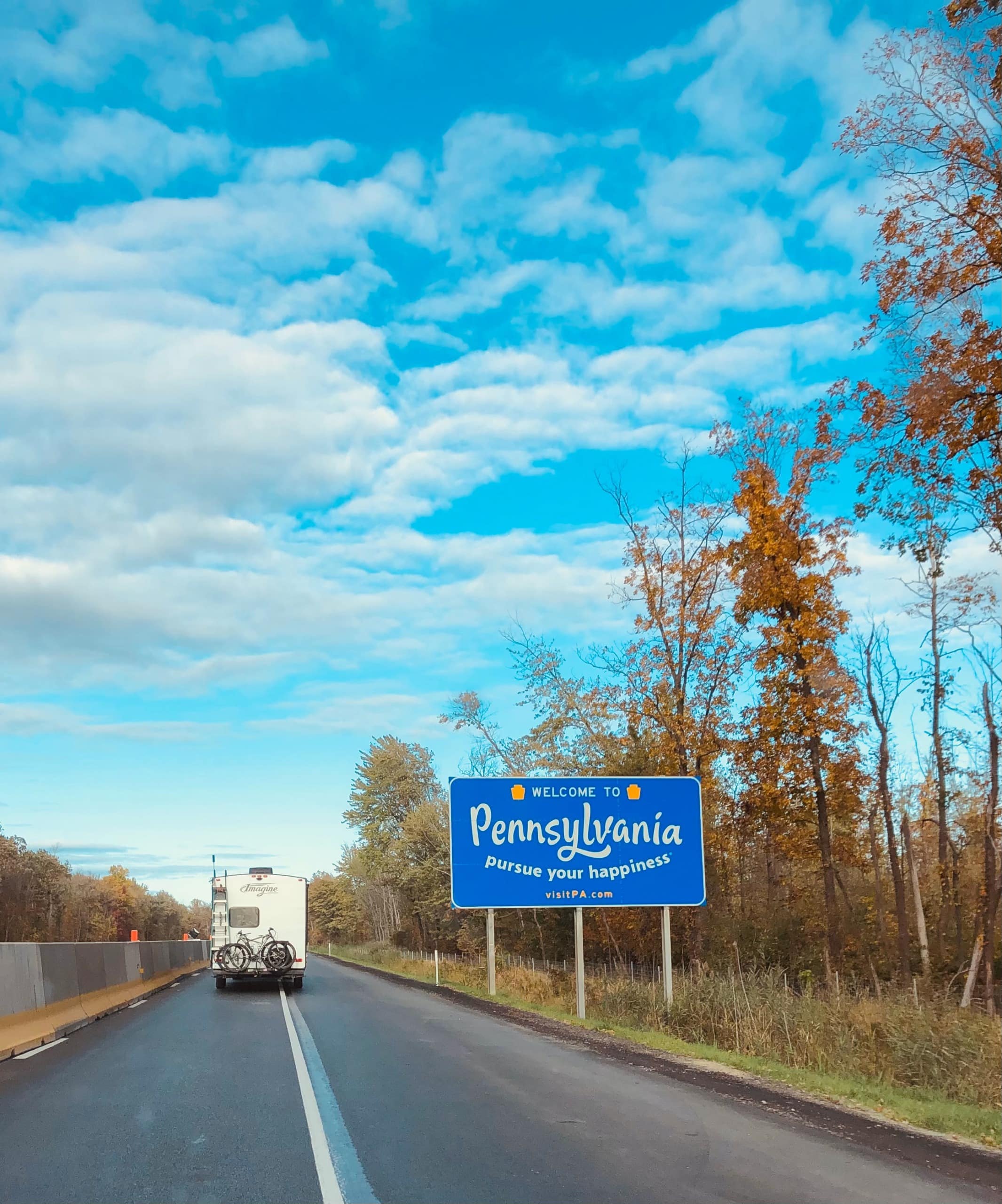 Photo by Addy Mae on Unsplash

Writing for TLB, Tanya Monestier predicts a win for Norfolk Southern, inferring from the Justices’ questions a tally of at least four votes to affirm (Roberts, Alito, Kavanaugh, and Kagan) and three siding instead with Mallory (Sotomayor, Jackson, and Gorsuch), leaving two votes (Barrett and Thomas) thus far undecipherable. In keeping with the Justices’ primary foci at Tuesday’s oral arguments, Monestier reviews the lukewarm reception that Mallory’s originalist arguments “surprisingly” received “given [the Court’s] composition” and walks through the Justices’ apparent uncertainty over whether a company’s registration can represent their consent. Monestier also dissects the Justices’ questions on a variety of doctrinal questions not centrally presented in Mallory or Norfolk Southern’s arguments, including whether Pennsylvania’s statute satisfies the unconstitutional conditions doctrine, Justice Gorsuch’s preoccupation with contrasting consent-by-registration and tag jurisdiction, and how consent-by-registration would apply in the “foreign-squared” context involving a foreign defendant and foreign cause of action.

Marcia Coyle agrees with Monestier’s assessment in National Law Journal (reproduced in The Legal Intelligencer), writing that Chief Justice Roberts and Justice Kagan both were skeptical of Mallory’s argument that consent-by-registration survived International Shoe. Meanwhile, Matthew Santoni highlights, in his reporting for Law360, Justices Sotomayor’s and Jackson’s hesitancy to accept Norfolk Southern’s argument that consent-by-registration coerces corporations, given that those corporations can choose the states in which they do business. In particular, Santoni details Justice Jackson’s repeated framing of personal jurisdiction as an individual right, making it waivable by corporations that choose to operate in states that require such a waiver. In his commentary in Above the Law, Chris Williams laments that the rest of the Justices did not “tak[e] the bait” of Mallory’s invocation of the pre-International Shoe era of general jurisdiction over corporate defendants, bemoaning the advantage that a likely ruling for Norfolk Southern will grant to large companies.

In her reporting for Bloomberg Law, Lydia Wheeler similarly describes most of the Justices as “skeptical” that Pennsylvania’s consent-by-registration statute passes muster, highlighting Justice Kagan’s doubts that a rote, ministerial filing of “a piece of paper to register to business in the state” conveys a company’s agreement to be sued. Still, Wheeler also notes that, while Pennsylvania’s consent-by-registration regime is unique, a ruling in Mallory’s favor “could pave the way for other states to pass similar laws” expanding personal jurisdiction over out-of-state corporations. Wheeler interviewed Monestier and Mallory’s counsel Ashley Keller, among others, on her podcast with Kimberly Strawbridge Robinson, “Cases and Controversies.” In one of these interviews, Brooklyn Law School professor Robin Effron highlights the expansive reach of registration statutes like Pennsylvania’s, noting that companies registered to do business there “could be sued for any reason, by anyone in Pennsylvania” even when, like Mallory’s negligence suit in this case, the “lawsuit didn’t have to do anything with Pennsylvania.” Attorney Eric Citron contends in another interview that an added “wrinkle” to dispensing with consent-by-registration statutes altogether would be the potential disruption to statutory causes of action created by Congress that would result. Using similar concepts of “implied consent,” Citron explains, Congress authorizes federal courts to assert personal jurisdiction over certain defendants outside the United States, such as terrorists sued by private citizens under the Promoting Security and Justice for Victims of Terrorism Act. A broad ruling from the Court in Mallory could jeopardize ongoing litigation under such statutes.

Describing Mallory as “one of the biggest sleeper cases of this term,” Thomas DiStanislao and Denver Smith of Butler Snow LLP write for Law360 that the Supreme Court faces a “crossroads of overruling a 100-year-old decision or continuing its recent trend favoring a narrow view of general jurisdiction.” DiStanislao and Smith argue that the Justices are “unlikely to untangle this Gordian knot into neat threads,” highlighting several Justices’ apparent belief that the Court had already overruled Pennsylvania Fire, the 1917 consent-by-registration case on which Mallory’s arguments largely rely. Nonetheless, DiStanislao and Smith sound the alarm for the potentially “paradigm shifting” nature of the case if the Court rules for Mallory, flagging that it would “relegate national corporations to being at home everywhere” for purposes of general personal jurisdiction and lead to “rampant venue and forum shopping.”

And on Lexology, Sharon L. Caffrey, Robert M. Palumbos, Alyson Walker Lotman, and Leah Mintz of Duane Morris LLP break Tuesday’s oral argument down into three themes: consent-by-registration statutes’ consistency with the Fourteenth Amendment of the U.S. Constitution, whether such statutes create valid consent to jurisdiction, and the negative consequences such statutes create for business interests. On the Fourteenth Amendment argument, Caffrey and her colleagues argue that the Justices seemed generally dubious of Mallory’s originalist argument about the existence of consent-by-registration statutes in most states by the time of the Fourteenth Amendment’s ratification in 1868. On the other hand, they highlight the resistance by at least three Justices to Norfolk Southern’s argument that Pennsylvania’s statute puts a “‘gun to the head’ of corporations” by requiring that they consent to Pennsylvania’s jurisdiction to do business there. And finally, Caffrey and her colleagues call attention to the Justices’ warm reception of the Solicitor General’s warnings of a forum-shopping “jurisdictional free-for-all” that could result from a ruling in Mallory’s favor.

Finally, viewing the case through a lens of legal realism, Amy Howe highlights on Howe on the Court (republished on SCOTUSblog) the noteworthy clash of originalist legal arguments and business interests at play in Mallory, with Mallory relying heavily on the argument that Pennsylvania’s consent-by-registration scheme is protected by the “original public meaning” of the Fourteenth Amendment, while Norfolk Southern contends that the scheme is an antiquated predecessor to the business-friendly post-International Shoe era—a juxtaposition of philosophical moors typically associated with the Court’s “conservative” side, as Aaron Tang at Slate pointed out before oral arguments. Howe highlights the unsurprising “scramble” of the Justices away from their typical ideological alignment as a result, with Justice Kagan taking a similar approach to the question as Justices Roberts, Alito and Kavanaugh, and Justice Gorsuch seemingly poised to vote with Justices Jackson and Sotomayor.

The Supreme Court is not expected to decide Mallory until sometime next year. Come the spring, we’ll find out whether the bets for Norfolk Southern are well placed, or if the Court swings the other way, potentially handing state legislatures a new tool for asserting jurisdiction over corporate defendants.