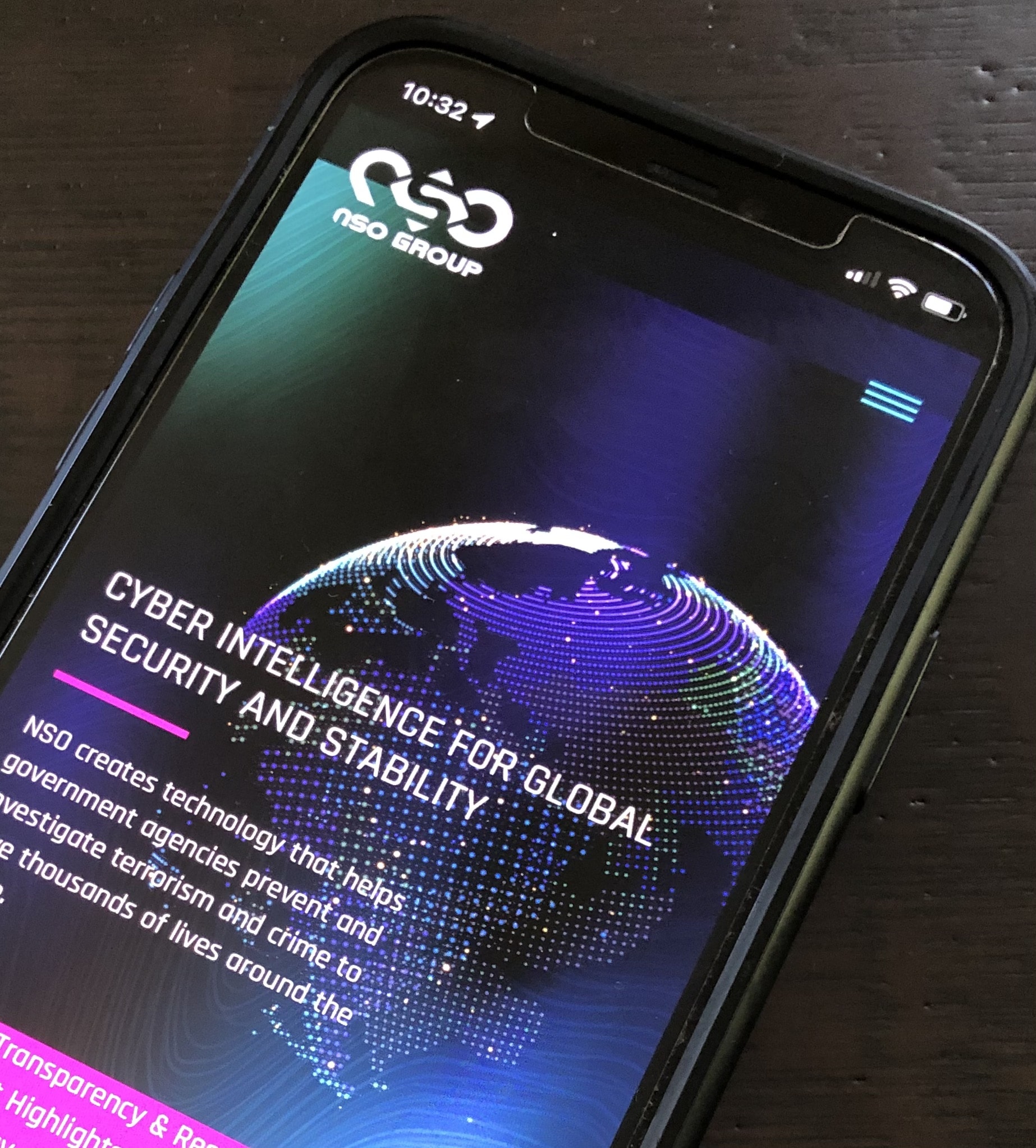 In a recent cert petition, the Israeli company NSO Group asks the Supreme Court to consider whether corporations are entitled to conduct-based immunity when they act as agents of foreign governments. The Ninth Circuit answered no to that question, reasoning that the Foreign Sovereign Immunities Act (FSIA) comprehensively covers the immunity of corporations like NSO. (Disclosure: I joined an amicus brief, with Sarah Cleveland and Chimène Keitner, arguing to the Ninth Circuit that NSO could not claim immunity.)

NSO’s cert petition should fail for three reasons. First, as the Ninth Circuit held, Congress has comprehensively addressed the immunity of corporations in the FSIA, limiting such immunity to corporations that are directly majority-owned by foreign governments, which NSO is not. Second, even if the FSIA had not occupied the field, corporations like NSO are not entitled conduct-based immunity under customary international law or federal common law. Third, even if there were a cert-worthy question whether corporations might be entitled to immunity when they act as agents of foreign governments, NSO’s case is a poor vehicle to consider that question because NSO refuses to reveal which governments it worked for and no government has claimed immunity on its behalf.

NSO is an Israeli company that licenses surveillance technology to foreign governments. In 2019 WhatsApp sued NSO, alleging that it sent malicious code to approximately 1,400 WhatsApp users in violation of federal and state law. NSO moved to dismiss, claiming that it was entitled to immunity because it acted as an agent of foreign governments.

In Samantar v. Yousuf (2010), the Supreme Court held that the FSIA does not apply to foreign government officials, whose immunity is instead governed by federal common law. As Chimène Keitner and I have recently explained, there are two basic kinds of foreign official immunity. First, sitting heads of state, heads of government, and foreign ministers are entitled to absolute “head of state” immunity during their tenure in office. Second, lower-level officials and all former officials are entitled to “conduct-based” immunity for acts taken in their official capacities. NSO claimed conduct-based immunity.

The FSIA Deals Comprehensively with the Immunity of Corporations

The Ninth Circuit held that Congress dealt comprehensively with the immunity of corporations in the FSIA: “If an entity does not fall within the Act’s definition of ‘foreign state,’ it cannot claim foreign sovereign immunity. Period.” NSO challenges that conclusion. It reads Samantar to allow any defendant that does not qualify for immunity under the FSIA—not just natural persons—to claim immunity under federal common law.

In Samantar, the Supreme Court concluded that Congress did not intend to address the immunity of individuals. Central to the Court’s reasoning was the FSIA’s definition of “agency or instrumentality.” The Court pointed out that the words “entity,” “separate legal person,” and “organ,” are not typically used to refer to individuals and that the FSIA’s requirements with respect to corporate citizenship and creation could not be applied to natural persons at all. The Court also noted that the FSIA’s provisions on service of process fail to mention individuals.

The same reasoning obviously does not apply to corporations like NSO. Although the FSIA does not expressly address the immunity of natural persons, it does expressly address the immunity of corporations, limiting such immunity to foreign corporations that are organs of the foreign state itself or that are directly majority-owned by foreign governments at the time of suit. NSO has not claimed that any foreign state exercises so much control over it as to make NSO an organ; nor is NSO majority-owned by any state. The Senate Report accompanying the FSIA stated explicitly that “[a]n entity which does not fall within [the FSIA’s definitions] would not be entitled to sovereign immunity in any case before a Federal or State court.”

The Supreme Court has repeatedly emphasized that the FSIA establishes a “comprehensive framework” governing claims of immunity against foreign states and their agencies and instrumentalities. One implication of that comprehensiveness, as the Court held in Republic of Argentina v. NML Capital (2014), is that courts in the United States are not free to supplement the FSIA with additional rules of immunity.

Even if the FSIA had not dealt comprehensively with the immunity of corporations like NSO, corporations would still not be entitled to conduct-based immunity under customary international law or under federal common law.

NSO argues that customary international law requires conduct-based immunity for all defendants who act as agents of foreign governments. But the cases it cites—like Jones v. Ministry of Interior (2006) and Church of Scientology (1978)—all involved natural persons. NSO has failed to identify a single case in which any country has granted conduct-based immunity to a corporation.

NSO also relies on the United Nations Convention on Jurisdictional Immunities of States and Their Property (a convention the United States has not ratified), which extends immunity to “representatives of the State acting in that capacity.” As the above-mentioned amicus brief explained, however, the drafting history of this provision makes clear that “representatives” refers only to individuals. The U.N. Convention also extends immunity to “agencies or instrumentalities of the State or other entities, to the extent that they are entitled to perform and are actually performing acts in the exercise of sovereign authority of the State.” But the requirement of exercising sovereign authority means that such entities must effectively be part of the state, not simply working for it.

The cert petition also fails to identify any cases holding that corporations are entitled to conduct-based immunity as a matter of federal common law. NSO points to the Fourth Circuit’s 2000 decision in Butters v. Vance International, Inc., holding that a private security firm working for Saudi Arabia was immune from employment discrimination claims. But Butters did not apply common-law, conduct-based immunity. Instead, it held that contractors working for foreign governments are “entitled to derivative immunity under the FSIA.” That decision almost certainly does not survive NML Capital’s holding that immunity under the FSIA is limited to the immunity expressed in its text.

NSO also cites the D.C. Circuit’s 2021 decision in Broidy Capital Management LLC v. Muzin, which rejected claims of conduct-based immunity by U.S. citizens and their public relations firm who worked for Qatar. In Broidy, the court simply did not address the question whether corporations can claim conduct-based immunity—at most, it may be said to have assumed that they could. NSO’s cert petition quotes a single reference to “entities” in a parenthetical describing Samantar while ignoring Broidy’s other descriptions of foreign official immunity as “protect[ing] individuals even though the FSIA does not.” Butters and Broidy provide no support for the proposition that federal common law requires conduct-based immunity for corporations, and they certainly do not create any split with the Ninth Circuit.

NSO argues that failing to recognize conduct-based immunity for corporations that contract with foreign governments would jeopardize the United States’ own ability to hire contractors. “[I]f U.S. courts exercise jurisdiction over foreign actors, then foreign courts will reciprocate by exercising jurisdiction over U.S. actors in similar circumstances.” But NSO identifies no cases against U.S. government contractors in foreign courts. The cases it does cite—like Al Shimari v. CACI International, Inc.—suggest that U.S. government contractors are far more likely to be sued in U.S. courts than in foreign courts. More fundamentally, recognizing conduct-based immunity for corporations as a matter of federal common law offers no guaranty of reciprocity by other nations. Reciprocity would be assured only if conduct-based immunity for corporations were required as a matter of customary international law, and the complete absence of state practice granting such immunity forecloses such an argument.

Other Problems with NSO’s Claim

Even if there were doubts whether the FSIA comprehensively addresses the immunity of corporations or whether foreign official immunity extends to juridical persons, NSO’s case would be a poor vehicle for the Supreme Court to consider those questions. NSO asserts that conduct-based immunity should apply to corporations that act as agents of foreign governments. But NSO has not identified the foreign governments for which it was acting as an agent.

Nor has any foreign government stepped forward to assert immunity on NSO’s behalf. Conduct-based immunity ultimately belongs to the foreign state rather than to the foreign official, and foreign states are free to waive the immunity of their officials. The State Department has previously identified the absence of a foreign government to assert or waive immunity as a reason not to recognize conduct-based immunity. That is equally true in NSO’s case.

One reason that foreign governments have not intervened on NSO’s behalf may be the nefarious purposes for which some of them have been using its software. According to the cert petition, NSO’s technology can be used to investigate terrorism, child exploitation and other serious crimes. But according to the U.S. government, foreign governments have used that technology “to maliciously target government officials, journalists, businesspeople, activists, academics, and embassy workers.” As a result, the Commerce Department added NSO to the Entity List in November 2021, restricting exports and sales to the company.

Foreign sovereign immunity is strong medicine. It can shield foreign states, their agencies and instrumentalities, and their officials from even the possibility of suit for admitted wrongs. NSO is not a foreign state, an agency or instrumentality, or a foreign official. It is a private company that sold surveillance technology to foreign governments, some of which have used it for repressive purposes. When Congress passed the FSIA, it identified the limited instances in which corporations should be granted foreign sovereign immunity. NSO’s case is not among them.