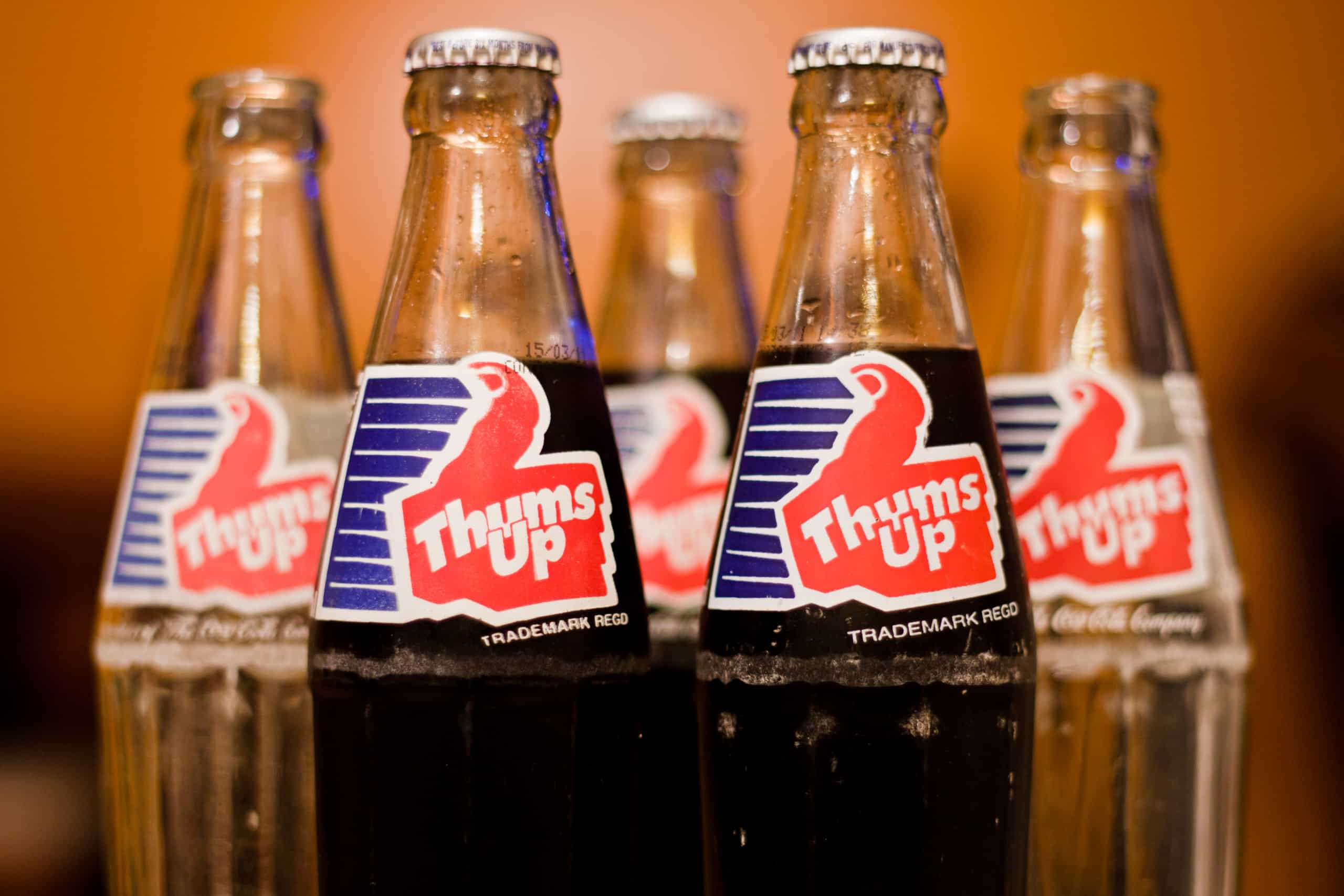 “Thums Up” by Flowizm is licensed under CC BY-NC-SA 2.0

A core principle in U.S. intellectual property (IP) law is that IP rights are territorially limited. A U.S. patent, copyright, trademark, or trade secret affords the holder exclusive rights solely within the United States. This principle also exists at the international level, as reflected in the Agreement on Trade Related Aspects of Intellectual Property (TRIPS). There are no transnational intellectual property rights, though Europe is launching a Unitary Patent for certain EU members, with an expected start in the second half of 2022.

A recent decision by the United States Court of Appeals for the Federal Circuit in a trademark case highlights how the territoriality principle operates – or perhaps doesn’t – in the context of acquiring U.S. trademark rights based on foreign use of the mark. In Meenaxi Enterprise, Inc. v. Coca-Cola Company, the Federal Circuit reviewed a decision by the Trademark Trial and Appeal Board (TTAB) within the U.S. Patent and Trademark Office (USPTO) in favor of Coca-Cola, which sought to cancel Meenaxi’s THUMS UP and LIMCA marks. Coca-Cola alleged that Meenaxi was using the marks in the United States to misrepresent the source of its goods. In order for Coca-Cola to prevail on this claim, it had to first show that it had rights over those marks within the United States. The problem with this argument, the Federal Circuit held, was that the marks in question were not sufficiently well known in the United States to create the necessary rights.

Parle (Exports), Limited of Bombay, India (“Parle”) introduced in India THUMS UP cola in 1977 and LIMCA lemon-lime soda in 1971. After purchasing Parle in 1993, Coca-Cola acquired Parle’s Indian registrations of the THUMS UP and LIMCA marks, selling those beverages throughout India and in various foreign markets. The Indian High Court of Delhi found these marks to be “well known” in India. Coca-Cola contends that third parties have imported these drinks into the United States to Indian grocery stores, restaurants, and other retail outlets.

Since 2008, Meenaxi has sold beverages to Indian grocers in the United States under both the THUMS UP and LIMCA marks. Meenaxi performed a trademark search at the USPTO, which yielded an abandoned application for THUMS UP and an expired registration for LIMCA. Meenaxi applied for, and was granted, registrations for the THUMS UP and LIMCA marks for colas, concentrates, and sodas in 2012. In 2016, Coca-Cola sought to cancel Meenaxi’s registrations under § 14(3) of the Lanham Act, asserting that Meenaxi was using Coca-Cola’s marks to misrepresent the source of Meenaxi’s THUMS UP cola and LIMCA lemon-lime soda.

The TTAB held in Coca-Cola’s favor and cancelled Meenaxi’s marks. As a threshold issue, the TTAB had to address whether Coca-Cola possessed the appropriate statutory entitlement to bring a cancellation claim. Relying upon the Supreme Court’s decision in Lexmark International, Inc. v. Static Control Components, Inc., the TTAB found that Coca-Cola satisfied both the zone-of-interest and proximate damage prongs of the statutory entitlement inquiry. According to the TTAB, the reputation of Coca-Cola’s THUMS UP and LIMCA beverages in India and other countries would extend to the United States among the significant number of Indian-American consumers based on population data. The TTAB also found that Coca-Cola reasonably believed that Meenaxi’s use of the THUMS UP and LIMCA marks could upset the expectations of Coca-Cola customers and that Meenaxi had used its U.S. registrations to block Coca-Cola’s importation of THUMS UP and LIMCA through third parties. On the merits, the TTAB found that Meenaxi knew of Coca-Cola’s marks in India and had intentionally adopted logos and a slogan nearly identical to Coca-Cola’s, resulting in cancellation of Meenaxi’s marks.

On appeal, the Federal Circuit reversed, holding that Coca-Cola failed to establish a statutory cause of action. The two asserted injuries were lost sales and reputational injury. As to lost sales, Coca-Cola presented limited evidence, merely relying on two employee testimonies of reseller and importer activity. The amount of THUMS UP Coca-Cola sold in the United States was small and at only two locations, and the company lacked concrete future plans to expand into the U.S. market. The Federal Circuit determined that this was not sufficient.

The analysis of reputational damage to Coca-Cola was more complicated. Reputational injury is a broader concept than lost sales because the reputation of a mark may transcend territorial boundaries. Famous marks may be well-known outside of a country, creating the potential for third parties to negatively impact the goodwill of the mark. Coca-Cola’s argued that even though it had not used the marks on products in the United States, the reputation of the marks extended into the United States through members of the Indian-American community, who were aware of both marks.

The Federal Circuit acknowledged that the courts are split on whether domestic reputational injury from entirely foreign uses of a mark is a cognizable harm. After a lengthy discussion of this issue, the court concluded that “substantial evidence does not support the Board’s finding that the Indian-American community is aware of the THUMS UP and LIMCA marks,” rendering its discussion of the territorial principle dicta. The Federal Circuit concluded that the Lexmark test was not satisfied.

The Federal Circuit is, of course, correct that “a trademark is recognized as having a separate existence in each sovereign territory in which it is registered or legally recognized as a mark.” Trademarks are creatures of domestic law and generally provide no rights outside of the United States. But the territoriality principle is distinct from the ability of a state to use foreign activity to allocate domestic rights.

As one of us has explored elsewhere, this distinction is quite visible in the patent context. U.S. patent law has long denied U.S. patents on the basis of foreign activity, specifically if the invention has been disclosed in foreign patents or printed publications outside of the United States. More recently, the America Invents Act modified patent law to deny patent protection for public uses and attempts to sell the invention outside of the United States. Previously, only domestic public uses and sales activity would result in the denial of a patent.

Trademark’s territoriality principle for awarding trademark rights is stricter than in patent law. Under U.S. trademark law, the first party to use a mark in commerce in the United States receives the trademark. Generally, foreign uses of a trademark do not create U.S. rights, even if that use was prior to the party asserting U.S. trademark rights.

At times, courts have conflated the principle of territoriality with the presumption against extraterritoriality. One can see this in the concurrence, where Judge Reyna noted:

There is a distinction in the case law regarding how the territoriality principle limits the reach of the Lanham Act, depending on where the parties are situated. For instance, when a domestic party seeks to assert rights against activity occurring abroad, courts may apply the Lanham Act extraterritorially if the accused activity substantially affects U.S. commerce.… But when a foreign party seeks to assert foreign rights against activity in the United States, as is the case here, the territoriality principle precludes recovery via the Lanham Act for reasons already discussed.

In other writing, one of the authors noted that there is some gray area between the use of foreign activity to impact the enforceability of domestic rights and the use of domestic rights to regulate activity outside the United States. With respect to IP exhaustion, for example, where a foreign sale of a copyrighted work or patented invention exhausts the IP owner’s rights in the item, it is likely that rightsholders will adjust their behavior in other countries to avoid exhausting their rights. The territoriality principle that governs validity and enforcement, however, has yet to trigger the presumption against extraterritoriality with respect to exhaustion, notwithstanding the conflation of the two at times.

The majority and Judge Reyna’s concurrence gesture to the famous mark exception, and they acknowledge the disagreement among U.S. courts about whether to recognize it. The majority and concurrence both failed to acknowledge that the United States is required to protect such marks under its international treaty obligations. Article 6bis of the 1967 Paris Convention requires all member countries to afford protections to “well-known” trademarks regardless of whether they are registered in the relevant country by refusing or canceling a registration by a third party or to prohibit the use by a third party. Similarly, Article 16.2 of the TRIPS agreement extends the Paris Convention to protect well-known marks related to services, and Article 16.3 extends this protection to uses of goods or services that are not similar to those used with the registered mark but would nevertheless would indicate a connection to the owner of the trademark.

At least one court has concluded that these provisions are not self-executing and that the Lanham Act does not incorporate this requirement. There is a circuit split on this matter, however, with the Ninth Circuit recognizing the well-known mark exception. While we don’t believe that TRIPS is self-executing, we do believe that it is appropriate for courts to consider the importance of TRIPS in interpreting otherwise ambiguous language and precedent regarding this exception to the territorial principle, especially because it ties directly to the consumer protection rationale of trademark law. If consumers are in fact aware of the famous mark, then they very well may be confused about the source of the relevant good or service.

The disagreement over the strength of the territorial principle for allocating domestic trademark rights stands in contrast to the extraterritorial application of U.S. trademark law, which is firmly established, even if more controversial, in light of Steele v. Bulova. The lower courts are split on how to assess the extraterritorial application of trademarks. The U.S. Solicitor General recently recommended that the Supreme Court grant certiorari in the case Abitron Austria GmbH v. Hetronic International, Inc. If the Court agrees, it will afford the justices an opportunity to revisit Steele and (hopefully) align its holding with the Court’s more recent extraterritoriality jurisprudence.