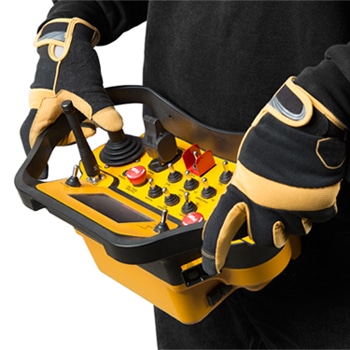 Last Friday, the Solicitor General (SG) recommended that the Supreme Court hear Abitron Austria GmbH v. Hetronic International, Inc. to consider when the federal trademark statute, known as the Lanham Act, applies extraterritorially. A jury found that five German and Austrian companies infringed Hetronic International’s trademarks and awarded damages of more than $90 million for violations of the Lanham Act based on sales to both U.S. and foreign customers. The Tenth Circuit affirmed. Responding to the Supreme Court’s invitation to express the views of the United States, the SG argues that the Lanham Act applies to infringement of a U.S. trademark abroad only when infringement will likely cause confusion in the United States.

In Steele v. Bulova Watch (1952), the Supreme Court held that the Lanham Act applied extraterritorially to the infringement of a U.S. trademark in Mexico. The defendant, a U.S. citizen, made fake Bulova watches in Mexico, some of which found their way back to the United States. Although Steele registered the Bulova trademark as his own in Mexico, Mexico cancelled the registration as the Lanham Act case made its way through U.S. courts. The Court emphasized the “broad jurisdictional grant” of the Lanham Act, Steele’s U.S. nationality, and that fact that his conduct caused “unlawful effects” in the United States, specifically harm to Bulova’s “trade reputation in markets cultivated by advertising here as well as abroad.”

The Supreme Court did not apply the presumption against extraterritoriality in Steele. This was not an oversight. In dissent, Justice Reed invoked the Court’s application of the presumption just three years earlier in Foley Bros. v. Filardo (1949), a case holding that the U.S. Eight Hour Law did not apply to construction projects in the Middle East. As I have noted elsewhere, Steele marked the start of four decades during which the Supreme Court stopped applying the presumption against extraterritoriality.

Because the Court did not articulate a clear test in Steele for the extraterritorial application of the Lanham Act, the lower courts looked to the various factors that Court considered. In 1956, the Second Circuit held in Vanity Fair Mills v. T. Eaton Co. that applying the act to trademark infringement outside the United States depended on whether “(1) the defendant’s conduct had a substantial effect on United States commerce; (2) the defendant was a United States citizen . . . ; and (3) there was no conflict with trade-mark rights established under the foreign law.” The Eleventh Circuit adopted the Vanity Fair test. So did the Fourth and Fifth Circuits, although they did not require the effect on U.S. commerce to be “substantial.”

The Ninth Circuit applied a different multifactor test to extraterritorial reach of the Lanham Act, drawing on its approach to U.S. antitrust law in Timberlane. Under this approach a court must weigh:

[1] the degree of conflict with foreign law or policy, [2] the nationality or allegiance of the parties and the locations or principal places of business of corporations, [3] the extent to which enforcement by either state can be expected to achieve compliance, [4] the relative significance of effects on the United States as compared with those elsewhere, [5] the extent to which there is explicit purpose to harm or affect American commerce, [6] the foreseeability of such effect, and [7] the relative importance to the violations charged of conduct within the United States as compared with conduct abroad.

In interpreting the extraterritorial reach of the Lanham Act, lower courts have ignored the Supreme Court’s resurrection of the presumption against extraterritoriality in EEOC v. Arabian American Oil Co. (Aramco) (1991), the presumption’s reformulation in Morrison v. National Australia Bank (2010), and its restatement in RJR Nabisco v. European Community (2016). This is perhaps not surprising, since both Aramco and Morrisonacknowledged that the Court had held in Steele that the Lanham Act applies extraterritorially.

Hetronic International is a U.S. company, headquartered in Oklahoma, that makes radio remote controls for construction equipment. Hetronic contracted with the defendants, German and Austrian companies, to distribute its products in Europe. After the relationship soured, the defendants began selling identical products abroad using Hetronic’s trademark. Hetronic sued under the Lanham Act for infringement of registered trademarks and infringement of unregistered trademarks and trade dress. The jury found infringement and awarded more than $90 million in damages. The defendants sold some of the products directly into the United States and to customers abroad who identified the United States as the products’ ultimate destination. But 97% of the sales on which the award of damages was based were sales abroad to customers abroad for use abroad. The district court also entered a worldwide injunction barring defendants from using the trademarks both within and outside the United States.

The Tenth Circuit affirmed. As described above, the court adopted the First Circuit’s structured version of the Vanity Fair test. Although all the defendants were foreign companies, the court found that their trademark infringement had substantial effects on U.S. commerce and that there was no conflict with foreign law. The court held that all the sales could be used to calculate damages because the products that flowed into the United States gave the United States a strong interest in applying its law and because some of the completely foreign sales had diverted sales from Hetronic, stealing customers that Hetronic would otherwise have served.

Turning to step two, the brief argues that the focus of the relevant provisions is consumer confusion or mistake. These provisions do not prohibit all uses of a trademark but only uses that are “likely to cause confusion, or to cause mistake, or to deceive.” Thus, the brief concludes, the district should have awarded damages only for uses of the trademark abroad that were likely to cause confusion in the United States. In Hetronic, this would likely exclude the 97% of sales abroad to buyers abroad for use abroad.

The brief goes on to argue that the case is cert-worthy because of a direct conflict with the Fourth Circuit on whether to use a diversion-of-sales theory under the Lanham Act and because of “widespread confusion” in the lower courts (discussed above) about the proper test for the extraterritorial application of the Lanham Act.

Canons of statutory interpretation often change, as William Eskridge and Philip Frickey, as well as Nina Mendelson, have shown. I have argued that it is legitimate for courts to apply changed canons of interpretation to existing statutes in some circumstances, though courts should seek to mitigate the costs of transition from one interpretation to another, particularly when there has been substantial reliance on the older one. Indeed, it would be inconsistent with the judicial role of deciding the case before the court to apply changed canons of statutory interpretation only prospectively.

Applying changed canons retroactively to existing statutes is best characterized as “methodological dynamism,” which is a form of Eskridge’s “dynamic statutory interpretation.” This raises potential problems for a Supreme Court dominated by textualists. John Manning has written that textualists must “identify and apply the conventions in effect at the time of a statute’s enactment.” In her academic writing, Justice Barrett has questioned the authority of the Supreme Court to create substantive canons of interpretation at all, much less to change them and apply them retroactively. And yet, a textualist Supreme Court has repeatedly done precisely that.

To be clear, the SG’s brief is just a recommendation that the Supreme Court review the Hetronic case. But the Court often takes the SG’s recommendations, and the Courts of Appeals are certainly divided on how to determine the Lanham Act’s jurisdictional reach.

If the Court does grant review, the SG’s brief previews the argument that the United States would make on the merits—an argument that the petitioner Hetronic might also adopt. Limiting the Lanham Act to trademark infringement abroad that would likely cause confusion in the United States is a sensible application of the current presumption against extraterritoriality. The more fundamental question, though, is how to justify applying a changed presumption retroactively to interpret a statute enacted long before the change.