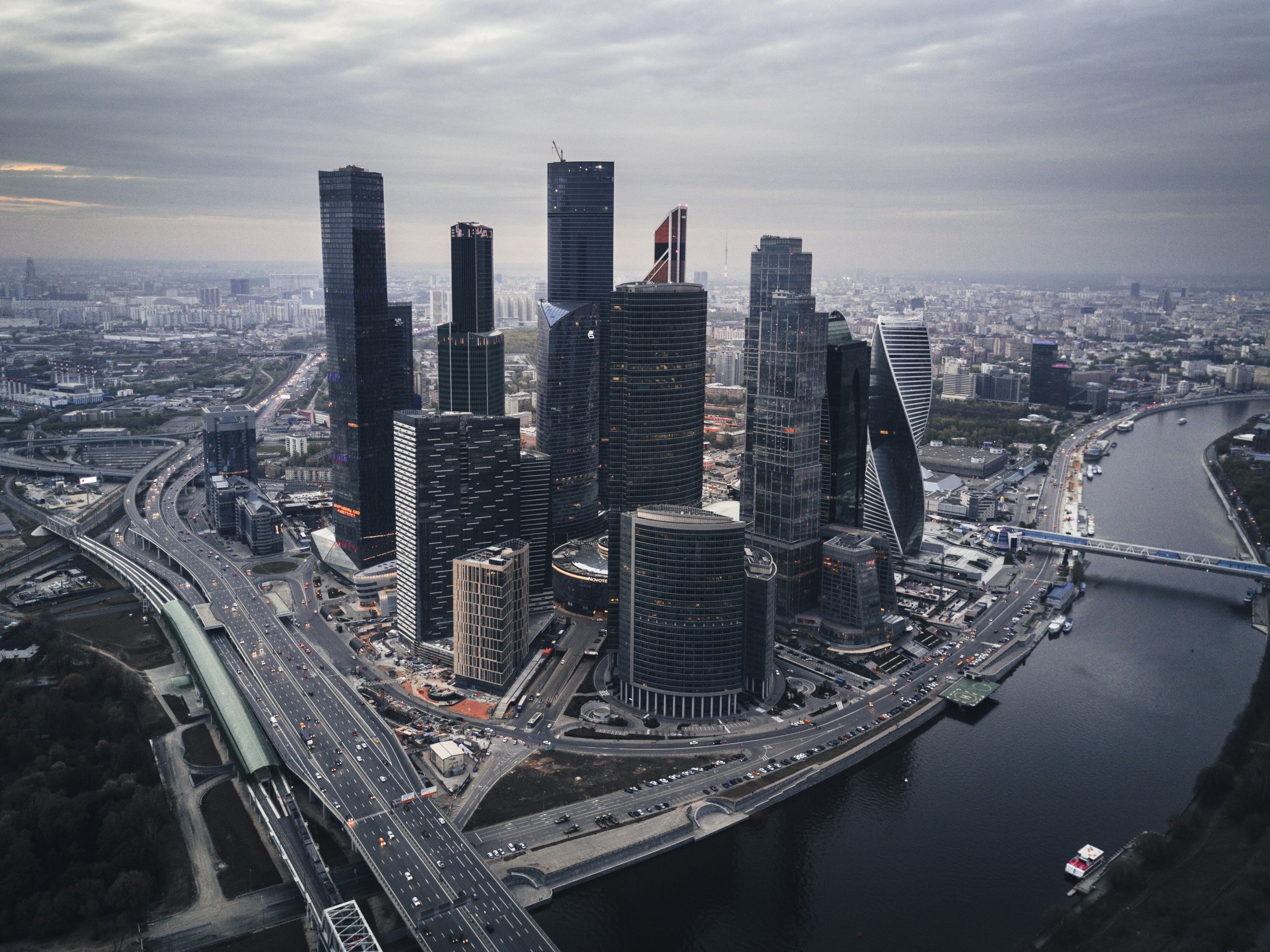 In a recent decision, Smagin v. Yegiazaryan, the Ninth Circuit weighed in on a circuit split involving the extraterritorial application of RICO’s private right of action. In determining whether there is injury to business or property in the United States, the court rejected the Seventh Circuit’s residency-based test, siding instead with the Second and Third Circuits. The decision is significant not only for what it has to say about the extraterritoriality of civil RICO, but also because it develops another tool for judgment creditors to recover assets from judgment debtors.

In 2003, the plaintiff Vitaly Smagin, a Russian citizen living in Russia, invested in a Moscow real estate venture and was defrauded by the defendant Ashot Yegiazaryan. When Yegiazaryan and his brother were indicted for fraud in Russia, they fled to California. Plaintiff initiated an arbitration proceeding in London that resulted in a $84 million award against Yegiazaryan.

In December 2014, plaintiff brought an action in the Central District of California to confirm the arbitration award. The district court entered a protective order to prevent Yegiazaryan from transferring, concealing, or dissipating any assets located in California that could be used to satisfy the award, including any proceeds that he might receive from an unrelated arbitration against Suleyman Kerimov.

Yegiazaryan settled the arbitration with Kerimov for $198 million in 2015 but did not use the proceeds to satisfy plaintiff’s award. Instead, plaintiff alleged, Yegiazaryan concealed the proceeds outside the United States, transferring them first to a trust in Lichtenstein and then to a bank account in Monaco. Upon learning of the settlement, plaintiff asked the district court to expand its order to cover Yegiazaryan’s assets worldwide, which the court did in September 2015. The district court entered a judgment confirming the arbitration award in March 2016.

In December 2020, plaintiff filed a civil RICO action seeking treble damages against Yegiazaryan and various associates and businesses. But the district court dismissed the action on the ground that plaintiff had not adequately alleged injury to his business or property in the United States. The Ninth Circuit reversed.

RICO (the Racketeer Influenced and Corrupt Organizations Act) targets organized crime by prohibiting patterns of criminal activity in connection with an enterprise. The criminal activities include dozens of federal and state offenses, known as “predicates” or “predicate acts.” RICO criminalizes patterns of such activity and creates a private right of actionallowing “[a]ny person injured in his business or property” by a criminal violation of RICO to sue for treble damages.

In RJR Nabisco, Inc. v. European Community (2016), the U.S. Supreme Court applied the federal presumption against extraterritoriality to determine the geographic scope of RICO’s criminal provisions and its private right of action. The Court held that RICO’s criminal provisions apply extraterritorially to the same extent as the predicate acts on which the RICO violation is based. The Court held, however, that RICO’s private right of action “requires a civil RICO plaintiff to allege and prove a domestic injury to business or property and does not allow recovery for foreign injuries.” The Court noted that “[t]he application of this rule in any given case will not always be self-evident, as disputes may arise as to whether a particular alleged injury is ‘foreign’ or ‘domestic.’”

Division in the Courts of Appeals

In Bascuñán v. Elsaca (2017), the Second Circuit rejected a test for tangible property that turns on the residency of the plaintiff and instead adopted a test that turns on the location of the property. Under the Second Circuit’s test, a defrauded plaintiff residing abroad could establish domestic injury with respect to money and bearer shares in the United States that were taken from him, but not with respect to funds outside the United States even if those funds were transferred to or laundered through U.S. accounts.

In Armada (Singapore) PTE Ltd. v. Amcol International Corp. (2018), the Seventh Circuit adopted a residency test for intangible property, distinguishing Bascuñán on the ground that it dealt only with tangible property. The defendants in Armada—like the defendants in Smagin—were alleged to have engaged in racketeering activity to obstruct the plaintiff’s ability to enforce a U.S. court judgment confirming a foreign arbitration award. Because “a party experiences or sustains injuries to its intangible property at its residence,” the Seventh Circuit reasoned, a Singapore-based company could not establish domestic injury for purposes of civil RICO despite having a U.S. judgment.

In Humphrey v. GlaxoSmithKline PLC (2018), the Third Circuit rejected the Seventh Circuit’s residency test for injury to intangible property, in that case intangible business interests like reputation and good will. The court noted that the residency test would preclude foreign plaintiffs from ever establishing domestic injury to intangible interests regardless of the connection to the United States. Instead, the Third Circuit reasoned, a court should consider “multiple factors,” including where the injury arose, the plaintiff’s residence, where services were provided, where the plaintiff received benefits from providing services, where business agreements were entered, and the location of activities giving rise to the dispute.

The Ninth Circuit had no hesitation concluding that a judgment rendered in California constitutes property located in California, for it was there that the judgment gave the creditor the right to execute against assets and to obtain discovery from the judgment debtor about the location of assets. The fact that the U.S. judgment confirmed a foreign arbitration award made no difference, the court reasoned, because such confirming judgments have the same force as other judgments and may be enforced in the same way.

As Professor Aaron Simowitz has pointed out, it can be very difficult to determine the situs of intangible property. The answer might be different for the good will of a business than it is for rights in a judgment, which might allow one to reconcile the Third Circuit’s decision in Humphrey with the Seventh Circuit’s decision in Armada. On the other hand, there is no doubt that the Ninth Circuit’s decision in Smagin creates a clear conflict with Armada, which similarly dealt with a foreign party trying to enforce a U.S. judgment confirming a foreign arbitration award. This is a circuit split the Supreme Court may someday need to resolve.

Although the Ninth Circuit’s holding is clear that a U.S. judgment is property for purposes of civil RICO’s domestic injury requirement, other questions will have to be answered on remand. The first concerns the timeframe for defendants’ activities alleged to violate RICO. Because the district court did not enter a judgment confirming the award until March 2016, it is not clear that defendants’ actions before that date can form the basis for this civil RICO action. Of course, the district court granted a protective order covering assets in California in December 2014 and extended that order to cover assets worldwide in September 2015. But the Ninth Circuit’s decision finding of injury to property in the United States was based on the confirming judgment, not on the protective order. It is not clear that the protective order created property rights and, if it did, whether the defendants’ conduct before March 2016 violated the order.

Having identified the defendants’ relevant conduct, the second question is whether any of that conduct violated RICO’s criminal provisions, because civil liability depends on establishing such violations. Recall the Supreme Court’s holding in RJR that RICO’s criminal provisions apply extraterritorially only to the extent of the predicate acts on which the RICO violation is based. Judging from the complaint, it appears that the predicate acts alleged in Smaginare primarily wire fraud. The Ninth Circuit has held the “focus” of the wire fraud statute for purposes of the presumption against extraterritoriality is the use of the wires rather than the scheme to defraud (and the First and Second Circuits have reached similar conclusions). Because the complaint alleges the use of wires in the United States, it should not matter much if the scheme to defraud involved activities in London, Lichtenstein, Monaco, and elsewhere.

The Significance for Judgment Creditors

The Ninth Circuit’s decision in Smagin is important not just for what it says about the extraterritoriality of civil RICO but also because it establishes civil RICO as a potential tool to protect the enforceability of U.S. judgments, and even foreign arbitration awards, against efforts to conceal assets.

Under Smagin, if a judgment creditor can prove that a judgment debtor engaged in a scheme to defraud by concealing its assets and used U.S. wires at least twice in doing so, it can bring a civil RICO action against the judgment debtor for treble damages. To extend the same protection to foreign arbitration awards, the winning party need only obtain a U.S. judgment confirming the award.

Of course, civil RICO will only be an effective tool if the judgment debtor is subject to personal jurisdiction in the United States. And in the Seventh Circuit, under Armada, this tool is available only to U.S. judgment creditors and not to foreign judgment creditors. Still, Smagin demonstrates the innovative ways that parties can use civil RICO in transnational litigation.