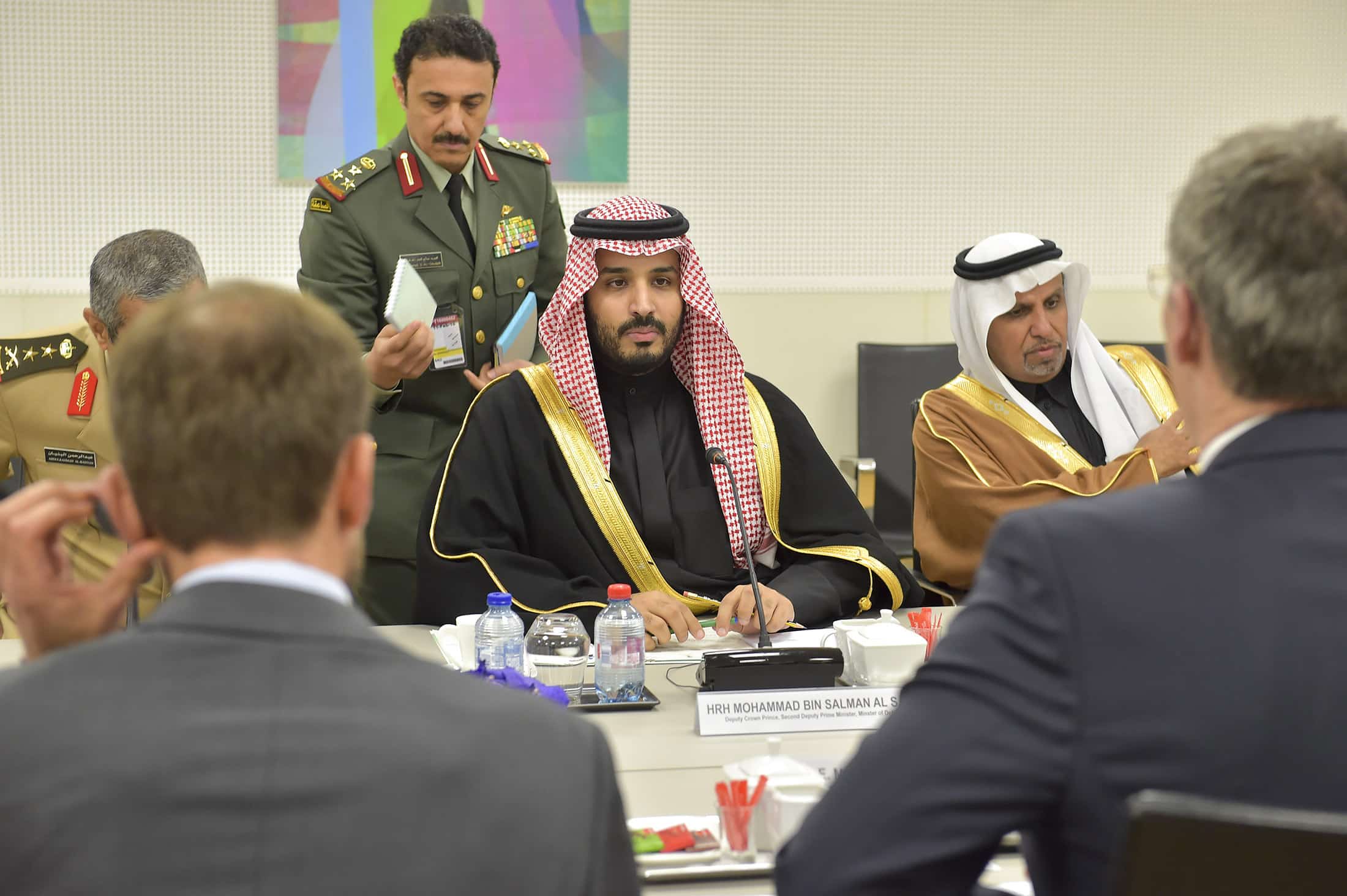 “Bilateral meeting with the Crown Prince of Saudi Arabia” by NATO is licensed under CC BY-NC-ND 2.0

On Tuesday, King Salman appointed Crown Prince Muhammad bin Salman (MBS) as Prime Minister of Saudi Arabia. The appointment makes MBS Saudi Arabia’s head of government, thereby entitling him to “head of state” immunity under U.S. law and customary international law. The appointment comes just days before an October 3 court deadline for the U.S. government to express its views on whether MBS is immune in a suit brought by the widow of journalist Jamal Khashoggi, who was brutally murdered by Saudi security agents at the Saudi embassy in Istanbul.

Khashoggi’s widow, Hatice Cengiz, and a U.S. organization that he helped found (DAWN) sued MBS and 28 other defendants in federal court in the District of Columbia. Khashoggi had married Cengiz in a religious ceremony in Istanbul. But to confirm the marriage civilly, he needed a certificate from Saudi Arabia, which he tried unsuccessfully to obtain from the Saudi embassy in Washington, D.C. The complaint alleges that MBS instructed embassy employees, including his brother the ambassador, to entrap Khashoggi by representing that he could obtain the required certificate only in Istanbul and by assuring him that it would be safe to do so. Khashoggi went to the Istanbul consulate to obtain the certificate and was murdered, allegedly on the orders of MBS.

The immunity of foreign officials from suit in U.S. courts is generally governed by federal common law (though there are treaties covering diplomatic and consular immunity). As Chimène Keitner and I have explained in a recent article, federal common law follows customary international law by recognizing two basic kinds of foreign official immunity: “head of state” immunity and conduct-based immunity.

Head of state immunity applies to sitting heads of state, heads of government, and foreign ministers, who are absolutely immune from suit in courts of other countries. Head of state immunity is a status-based immunity that depends on a person’s status as the holder of one of these three positions, and so it lasts only as long as the person holds office. Conduct-based immunity depends not on the status of foreign officials but on the nature of their acts. It applies to lower-level officials, and to all former officials, and shields them from suits based on acts taken in their “official capacity.”

Even before his appointment as Prime Minister, MBS claimed head of state immunity based on his status as a member of the King’s immediate family and his high position as Crown Prince. He made no claim of conduct-based immunity, which would have required him to show that his alleged participation in Khashoggi’s murder was done in an official capacity.

As I explained in an earlier post, the past practice of the United States has been to recognize head of state immunity only for heads of state, heads of government, and foreign ministers. Customary international law also appears to limit such immunity to these three offices, as reflected in article three of the International Law Commission’s Draft Articles on the Immunity of State Officials from Foreign Criminal Jurisdiction.

MBS’s appointment as Prime Minister changes the immunity question completely. As head of government, MBS is now one of the three Saudi officials now entitled to head of state immunity (the others being King Salman, who is head of state, and Faisal bin Farhan bin Abdullah, who is foreign minister). Such immunity is absolute, extending to acts that were not taken in an official capacity and acts that were taken before assuming office. The International Court of Justice has held that head of state immunity has no exceptions, even for serious human rights violations. Of course, this immunity lasts only as long as MBS remains in office. But he will likely remain Prime Minister at least until he succeeds his father as king, at which point his status as head of state will entitled him to the same immunity.

In July, the district judge (John Bates) invited the U.S. government to submit a statement of interest with respect to MBS’s immunity claim and two other issues on or before October 3. I expect that the United States will now file a statement saying that MBS is immune from suit based on his status as Prime Minister of Saudi Arabia. The United States does this routinely when other heads of government are sued in U.S. courts. Because the executive branch has the exclusive constitutional authority to determine which foreign official is the head of government, the U.S. statement will bind the district court.

The timing of MBS’s appointment, less than a week before the deadline for the U.S. filing, suggests that King Salman may have had the U.S. lawsuit in mind. Certainly, the appointment comes at a convenient time for the Biden Administration, which has tried in recent months to cultivate relations with Saudi Arabia to address the oil shortage created by the Ukraine crisis. It would have been difficult for the U.S. government to say that MBS was entitled to head of state immunity before he became Prime Minister; now, it is easy.

The lawsuit against the 28 other defendants alleged to have participated in Khashoggi’s murder may yet continue. And that suit may reveal damaging information about MBS’s role in the killing. But MBS’s position as a defendant in the lawsuit appears to be just about over.