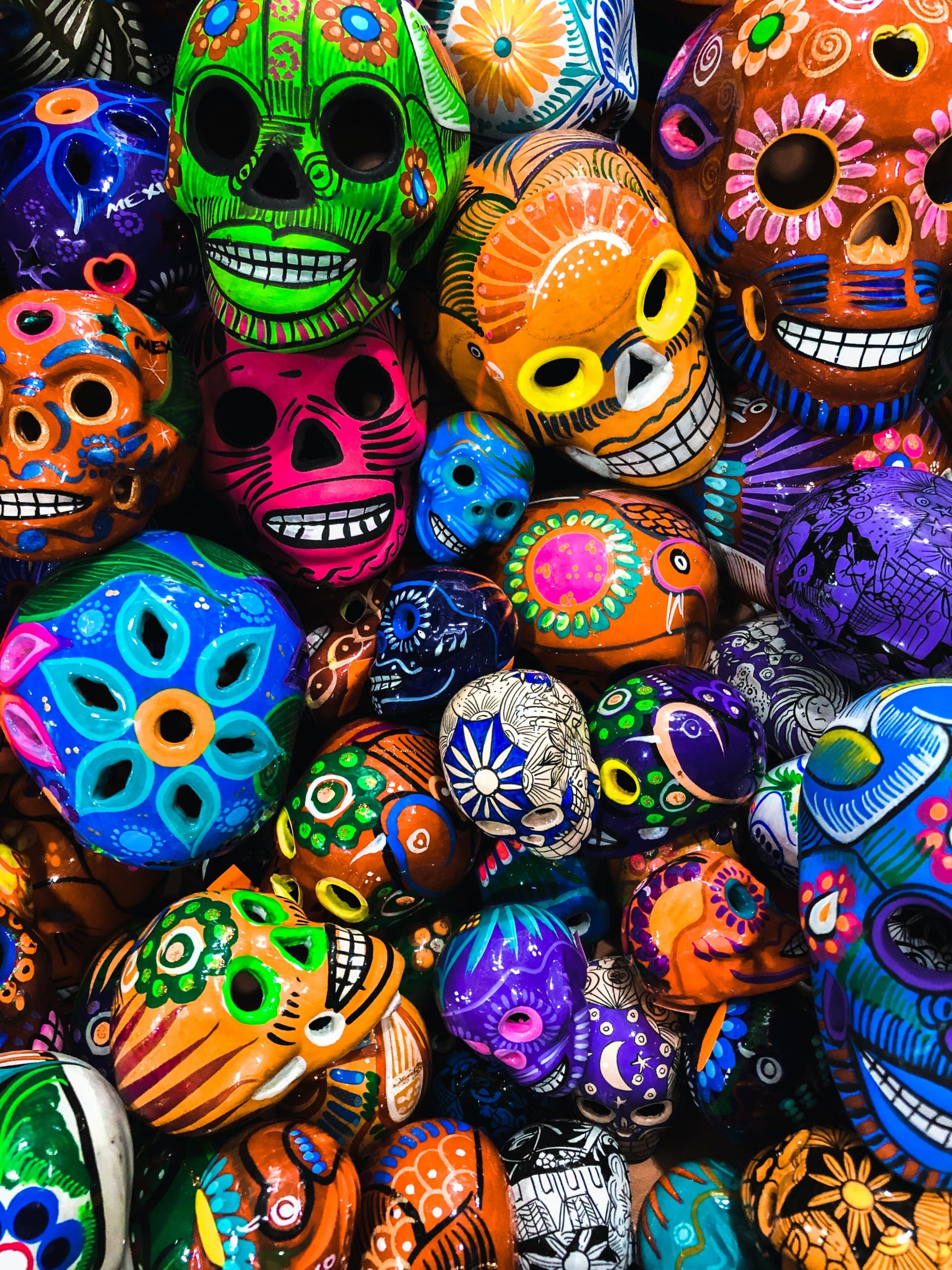 Photo by Eduardo Dorantes on Unsplash

Last week, the federal district court for the District of Massachusetts (Chief Judge Dennis Saylor) dismissed a complaint brought by Mexico against seven U.S. gun manufacturers and one distributor. According to the complaint, the defendants design, market, and sell guns in ways they know will arm Mexican drug cartels. Mexico has strict gun laws, but an estimated half million guns flow from the United States into Mexico each year. The district court held that a U.S. statue, the Protection of Lawful Commerce in Arms Act (PLCAA), barred most of Mexico’s claims and that Mexico failed to state a claim with respect to the others. (Disclosure: I wrote an amicus brief supporting Mexico on behalf of sixteen law professors, including Ingrid Brunk and several TLB Advisors.)

Enacted in 2005, PLCAA is designed to shield gun manufacturers and sellers from certain lawsuits. PLCAA prohibits plaintiffs from bringing a “qualified civil liability action” in any federal or state court. Congress defined“qualified civil liability action” to mean a civil action against a gun manufacturer or seller for damages or other relief “resulting from the criminal or unlawful misuse of a qualified product by the person [bringing the action] or a third party.” Congress created certain exceptions to this definition, however, including actions against a seller for negligence per se; actions against a manufacturer or seller for “knowingly violating a State or Federal statute applicable to the sale or marketing of the product”; and actions for defects in design or manufacture.

As a preliminary matter, the court held that Mexico had standing to bring the suit. The case-or-controversy requirement of Article III requires that the plaintiffs have suffered an injury-in-fact that is fairly traceable to the defendant’s actions and would likely be redressed by a favorable decision. The defendants argued that Mexico’s injuries were not fairly traceable to their actions, but Judge Saylor disagreed. Although Mexico’s injuries depended on the actions of third parties who bought and misused the guns, Mexico sufficiently alleged that those third parties would react in predictable ways: “The complaint alleges that 70 to 90 percent of guns that are recovered at crime scenes in Mexico were trafficked from the United States, and that defendants produce more than 68 percent of those trafficked guns.”

Turning to PLCAA, the court found it unnecessary to decide whether Mexican law or U.S. law governed Mexico’s claims because PLCAA granted immunity from all such claims. “Because it bars exactly this type of action from being brought in federal and state courts,” Judge Saylor reasoned, “no choice-of-law analysis is necessary.”

Mexico argued that PLCAA did not apply extraterritorially to harms in a foreign country, but the court disagreed. Judge Saylor applied the Supreme Court’s two-step framework for the presumption against extraterritoriality, which first looks for a clear indication of geographic scope and then looks to see if the focus of the provision occurs in the United States. At step one, he found no clear indication that PLCAA applies extraterritorially, rejecting defendants’ argument that PLCAA’s references to “foreign commerce” were sufficient to rebut the presumption. At step two, he held that “[t]he focus of the PLCAA is both the civil actions that it ‘seeks to regulate’ and the commercial activity and constitutional rights it ‘seeks to protect.’” Because regulating the kinds of cases that can be brought in U.S. courts “is unquestionably a domestic matter” and because defendants’ conduct occurred in the United States, Judge Saylor concluded that this case involved a domestic rather than an extraterritorial application of PLCAA.

The court found that none of PLCAA’s exceptions applied to Mexico’s common law claims. The exception for knowing violations of state and federal statutes does not apply to common law claims. The exception for negligence per se applies only to sellers and not to manufacturers, and, with respect to the one distributor defendant, Mexico did not fall within the class of persons that U.S. law was intended to protect. And the exception for design defects did not apply because the complaint alleged that Mexico’s injuries were the result of volitional acts.

Mexico brought a statutory claim against Colt under Connecticut’s Unfair Trade Practices Act. But the Connecticut Supreme Court had held that the City of Bridgeport did not have standing to bring claims against gun manufacturers under the statute, and the court reasoned that the same was true for Mexico. And Mexico brought a statutory claim against Smith & Wesson under Massachusetts’s consumer protection statute, but the court concluded that the defendant’s marketing practices were neither deceptive nor unfair.

Whether PLCAA Applies to Claims Under Foreign Law

As noted above, PLCAA bars civil actions for damages or other relief “resulting from the criminal or unlawful misuse of a qualified product by the person [bringing the action] or a third party.” The key question is whether “criminal or unlawful” refers only to state and federal law or also to foreign law. The district court did not address that question. Rather, as noted above, it assumed without analysis that PLCAA bars all claims regardless of the law under which they are brought.

In fact, there is ample evidence that Congress intended PLCAA to apply only to claims under state and federal law, and not to claims under Mexican or other foreign law. Start with the exceptions that Congress created to PLCAA’s ban on lawsuits, two of which refer expressly to state and federal law. Section 7903(5)(A)(i) permits actions against persons convicted of transferring guns knowing that they will be used in violent crimes or drug crimes in violation of a federal statute “or a comparable or identical State felony law.” Section 7903(5)(A)(iii) permits actions against gun manufacturers and sellers who “knowingly violated a State or Federal statute applicable to the sale or marketing of the product.” If Congress had intended PLCAA to apply to the misuse of guns that is criminal or unlawful under foreign law, Congress would have drafted these exceptions to refer to foreign law as well.

The conclusion that “criminal or unlawful” refers only to federal and state law is confirmed by PLCAA’s findings. These findings begin by referring twice to the Second Amendment right to bear arms, a right that applies only to “the people” of the United States. PLCAA’s purposes explicitly state that the statute was designed “[t]o preserve a citizen’s access to a supply of firearms and ammunition for all lawful purposes” (emphasis added). There is no indication that Congress intended PLCAA to facilitate the trafficking of guns to Mexico.

Congress’s findings also note that guns “are heavily regulated by Federal, State, and local laws,” with no mention of foreign laws. Indeed, Congress specifically identifies the civil actions with which PLCAA is concerned: those “commenced or contemplated by the Federal Government, States, municipalities, and private interest groups and others [that] are based on theories without foundation in hundreds of years of the common law and jurisprudence of the United States.” Nowhere in the findings or purposes is there any mention of suits by foreign governments or theories of liability based on foreign law.

The question of how to read the words “criminal or unlawful” in PLCAA is strikingly similar to the question that the U.S. Supreme Court considered in Small v. United States (2005), a decision that the district court never mentioned despite its extensive discussion in the briefs. In Small, a federal statute made it unlawful for a person “who has been convicted in any court of a crime punishable by imprisonment for a term exceeding one year” to possess a firearm. The Supreme Court held that “any court” referred only to courts in the United States. It began with the “commonsense notion that Congress generally legislates with domestic concerns in mind.” The Court found confirmation in the statute’s exceptions and other references to federal and state laws, similar to the references in PLCAA discussed above.

If PLCAA applies only to claims based on state or federal law, then any claims under Mexican law should have been allowed to go forward. For this reason, it was a serious error for the district court not to engage in a choice of law analysis. Federal courts are required to apply the choice of law rules of the state in which they sit, and Massachusetts’s rules for tort conflicts ordinarily choose the law of the place where the injury occurred, which would be Mexican law in this case.

Perhaps Congress would have wanted to bar claims under foreign law if it had considered the question. But perhaps not. Mexico’s epidemic of gun violence has many causes, but as Judge Saylor noted, “surely a substantial portion of the blame rests with American citizens.” Mexico’s criminal organizations thrive on American demand for illegal drugs and are armed with American guns. U.S. manufacturers and sellers could take steps to check the flow of guns to Mexico without affecting their market in the United States or the access of U.S. citizens to guns.

In any event, there is absolutely no indication PLCAA’s text or findings that Congress even considered foreign law claims. It is a judge’s task to apply the statute that Congress passed, not to rewrite based on guesses about what Congress would have wanted.