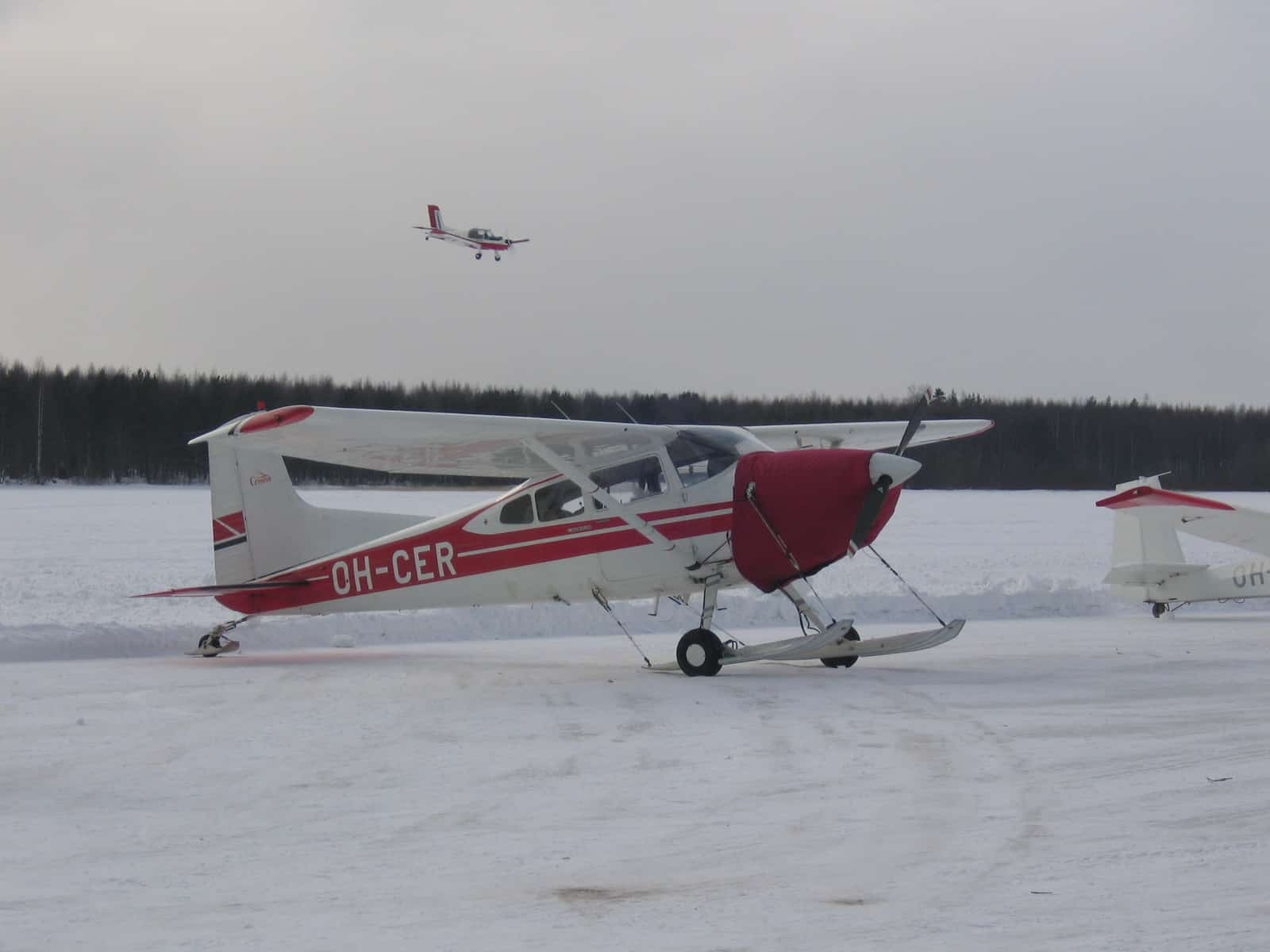 In Société Nationale Industrielle Aérospatiale v. U.S. District Court (1987), the Supreme Court held that U.S. courts need not treat the procedures set forth in the Hague Evidence Convention as the exclusive or even the primary means for managing discovery of evidence located abroad. Four justices dissented in part in a remarkably prescient opinion authored by Justice Harry Blackmun. All of Blackmun’s warnings about how U.S. judges would evaluate transnational discovery disputes in light of the majority’s decision have come to fruition. While it is likely too late to salvage the Hague Evidence Convention from practical irrelevance in U.S. courts, Blackmun’s opinion still holds lessons for how to think about international comity, how to frame comity analyses, and how to help district court judges manage transnational cases effectively.

In Aérospatiale, U.S. plaintiffs sought discovery from French corporations owned by the French government regarding a French-manufactured “Rallye” plane that had crashed in Iowa. After complying with some initial requests, the French defendants balked at additional discovery requests and insisted that such requests had to be made through the Hague Evidence Convention, a treaty adopted in 1970 that by 1987 had 17 member states (today it has 64).

The Supreme Court, in an opinion authored by Justice John Paul Stevens, reasoned that the treaty by its own terms did not require either exclusive or initial resort to its procedures. The Court also rejected a comity-based requirement of first resort to the treaty’s procedures, leaving to the discretion of U.S. judges whether or not to use the Convention in any particular case.

The Court cautioned that U.S. judges “should exercise special vigilance to protect foreign litigants from the danger that unnecessary, or unduly burdensome, discovery may place them in a disadvantageous position.” But it also cast shade on the Convention itself, asserting that its processes are often “unduly time consuming and expensive, as well as less certain to produce needed evidence than direct use of the Federal Rules.” And it disparaged the French blocking statute, which set up a possible conflict with U.S. discovery practice, as “an extraordinary exercise of legislative jurisdiction by the Republic of France.” Ultimately, however, the Court declined to “articulate specific rules to guide this delicate task of adjudication” of determining when the Convention should be applied.

Blackmun on Comity and Doctrinal Design

Blackmun, joined by Justices Brennan, Marshall, and O’Connor, dissented in part. Blackmun predicted that, handed an unguided choice, trial judges would take the easy and familiar path of simply conducting discovery as usual, thereby undermining the international compromise embodied by the Convention. As he summed up at the outset of his opinion:

Experience to date indicates that there is a large risk that the case-by-case comity analysis now to be permitted by the Court will be performed inadequately and that the somewhat unfamiliar procedures of the Convention will be invoked infrequently. I fear the Court’s decision means that courts will resort unnecessarily to issuing discovery orders under the Federal Rules of Civil Procedure in a raw exercise of their jurisdictional power to the detriment of the United States’ national and international interests.

Blackmun’s insight into doctrinal design was three-fold: that comity should not be framed as an open-ended invitation to exercise judicial discretion; that the weighing of sovereign interests is best left to the political branches; and that judges will tend to overweight concrete and familiar factors.

The Need for Structure

First, Blackmun criticized the majority for its “failure to provide lower courts with any meaningful guidance” for determining when to invoke the Hague Evidence Convention. As Blackmun recognized, trial judges need something to hold onto when undertaking a relatively uncommon analysis with potentially global stakes. Indeed, even though the majority disclaimed the creation of any guiding framework, the lower courts were quick to identify “tests” in the majority’s decision, as I have previously described (pp. 972-983). Initially, courts latched on to the majority’s call for “a more particularized analysis” that would address “particular facts, sovereign interests, and the likelihood that resort to those procedures will prove effective.” When that framework proved too vague to be helpful, judges started using instead a list of factors in a footnote that were taken from the draft Restatement (Third) of the Foreign Relations Law of the United States. Those factors, however, addressed whether and to what extent judges should compel parties to turn over documents located in another country once problems have arisen—a slightly different question from how to manage discovery in the first instance. Not surprisingly, courts have also found these factors to be an awkward fit for the Aérospatiale task.

Blackmun would instead have adopted a general presumption of first resort to the Convention’s procedures, with a fallback of “[a]n individualized analysis of the circumstances of a particular case . . . only when it appears that it would be futile to employ the Convention or when its procedures prove to be unhelpful.” Starting with a presumption, that is, would not rule out more nuanced consideration in difficult or unusual cases, but it would make decisions easier in the majority of cases.

More generally, Blackmun recognized that “[t]he principle of comity leads to more definite rules than the ad hoc approach endorsed by the majority.” Most comity doctrines (as Bill Dodge has also documented) take the form of “general rules [that] cover recurring situations.” “Comity,” Blackmun warned, “is not just a vague political concern favoring international cooperation when it is in our interest to do so.” Rather, it is a principle that can be routinized in its application in order to systematically promote “reciprocal tolerance and goodwill.”

Blackmun’s presumption had an added benefit: accounting for the balance of comity interests already struck by the political branches. As Blackmun explained, the political branches are much better equipped than judges to “balanc[e] the interests of foreign nations with that of our own.” And the political branches engaged in precisely that balancing when they negotiated and ratified the Hague Evidence Convention. In contrast, “relatively few judges are experienced in the area [of transnational litigation] and the procedures of foreign legal systems are often poorly understood.” Rather than ask trial court judges to weigh sovereign interests in every case, a thoughtful comity doctrine would rely on the general balancing of such interests that Congress and perhaps the Executive have already conducted, for example by starting with a thumb on the scale in favor of the congressionally endorsed default.

Accounting for the Unfamiliar

What judges are better equipped to consider, Blackmun recognized, are local or case-specific considerations. This can be problematic in the context of transnational litigation, however, as the local perspective will disfavor foreign interests. Further, judges will gravitate toward the familiar and the easy-to-apply, which will favor the federal and local rules of discovery over the Convention’s procedures. Thus, Blackmun predicted, “[a] pro-forum bias is likely to creep into the supposedly neutral balancing process and courts not surprisingly often will turn to the more familiar procedures established by their local rules.”

This tendency was already on display in the majority’s decision, which feared that the Convention’s procedures would prove “unduly time consuming and expensive, as well as less certain to produce needed evidence than direct use of the Federal Rules.” As Blackmun pointed out, “the Court offers no support for this statement and until the Convention is used extensively enough for courts to develop experience with it, such statements can be nothing other than speculation.” He saw the same problem manifest in the lower courts, where judges “have simply assumed that resort to the Convention would be unproductive and have embarked on speculation about foreign procedures and interpretations,” even though “[e]xperience with the Convention suggests otherwise—contracting parties have honored their obligation to execute letters of request expeditiously and to use compulsion if necessary.” Beginning with a presumption in favor of using the Convention’s procedure, Blackmun argued, would force U.S. courts to gather some actual experience while also “open[ing] a dialogue” with foreign authorities that could lead to improved processes over time.

Justice Blackmun was right. As I documented in Parochial Procedure (pp. 974-983), after Aérospatiale the lower federal courts consistently asserted that the Convention procedures would be “unduly time consuming and expensive,” even though they never gathered experience to test that assumption. And they reasoned that the U.S. interest in full discovery practice outweighed foreign interests as embodied in blocking statutes (based on Aérospatiale’s dismissive treatment of France’s) or the Convention itself—effectively developing a presumption opposite to that proposed by Blackmun. Today, U.S. district courts never require litigants to use the Convention’s procedures to obtain foreign discovery from other parties, even though all the Justices agreed in Aérospatiale that the Convention was not limited to discovery from non-parties. In this regard, Blackmun’s closing plea has fallen on deaf ears. “I can only hope,” he wrote,

that courts faced with discovery requests for materials in foreign countries will avoid the parochial views that too often have characterized the decisions to date. … The majority fails to offer guidance in this endeavor, and thus it has missed its opportunity to provide predictable and effective procedures for international litigants in United States courts. It now falls to the lower courts to recognize the needs of the international commercial system and the accommodation of those needs already endorsed by the political branches and embodied in the Convention.

While the Convention has effectively become a dead letter in interparty discovery, Blackmun’s insights into how to design effective and helpful doctrines that promote international comity are still valuable today.

A New Frontier for Extraterritorial Disclosure Orders in England & Wales