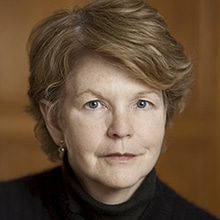 Lea Brilmayer is the Howard Holtzmann Professor at Yale Law School, where she has taught since 1981. She has also taught at many of the country’s other leading law schools, including Texas, Chicago, Columbia, New York University, Harvard, and Michigan. Professor Brilmayer is one of the country’s leading experts on conflicts of law. Her scholarly writings include authorship or co-authorship of almost a dozen books and well over seventy scholarly articles. Her writings largely deal with choice of law, personal jurisdiction, international law, and international justice. She has testified numerous times before the U.S. Congress and most recently before the Connecticut Legislature on the Full Faith and Credit Clause implications of abortion prosecutions. She has also served as lead counsel at the Permanent Court of Arbitration in The Hague in two international boundary disputes, a maritime delimitation, and a war crimes tribunal.

A Theory-Less Restatement for Conflict of Laws

For the first time in over half a century, the American Law Institute (“ALI”) is drafting a new Restatement of Conflict of Laws. The world has changed a great deal since 1971 when the Restatement (Second) was published, growing far more interconnected—so the idea of a new Restatement, taking into account the last few decades…