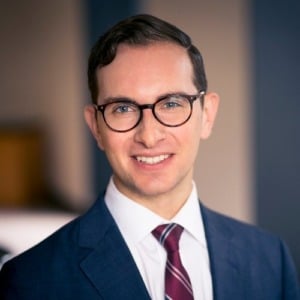 Daniel B. Listwa (@DanListwa) is a law clerk to the Honorable Jed S. Rakoff, United States District Judge for the Southern District of New York. He was previously a litigation associate at Wachtell, Lipton, Rosen & Katz. His scholarship has appeared or is forthcoming in the Yale Law Journal, Texas Law Review, Yale Journal on Regulation, Stanford Law Review Online, Yale Law Journal Forum and Georgetown Law Journal Online, among others, and has been cited by courts, federal agencies, treatises, and casebooks. He is also a contributor to the Yale Journal on Regulation’s Notice & Comment Blog. Mr. Listwa received his B.A. in Philosophy and Economics from Columbia University, where he was the recipient of the Albert Asher Green Prize, and his M.A. in Philosophy and Public Affairs from University College Dublin, which he attended as a George J. Mitchell Scholar. He received his J.D. from Yale Law School, where he served as an Articles Editor on the Yale Law Journal and received the Judge Ralph Winter Prize in Law & Economics and the Felix S. Cohen Prize in Legal Philosophy.

Posts by Daniel B. Listwa

A Theory-Less Restatement for Conflict of Laws

For the first time in over half a century, the American Law Institute (“ALI”) is drafting a new Restatement of Conflict of Laws. The world has changed a great deal since 1971 when the Restatement (Second) was published, growing far more interconnected—so the idea of a new Restatement, taking into account the last few decades…

Continue Reading
Read All Posts by Daniel B. Listwa