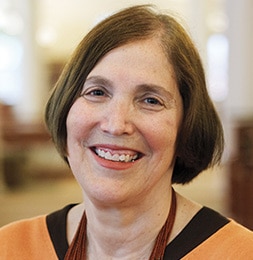 Linda J. Silberman is the Clarence D. Ashley Professor of Law at New York University School of Law and Co-Director of the NYU Center for Transnational Litigation, Arbitration, and Commercial Law. She teaches and writes in the areas of Conflict of Laws, Civil Procedure, Comparative Civil Procedure, Transnational Litigation, International Commercial Arbitration, and International Child Abduction. Professor Silberman has been a member of numerous U.S. State Department delegations to the Hague Conference on Private International Law and is a member of the State Department Advisory Committee on Private International Law. She is a co-author of a leading Civil Procedure casebook (Civil Procedure in Theory and Practice, now in its Sixth edition) and of Civil Litigation in Comparative Context, for which did the chapter on Transnational Litigation. Professor Silberman was the Co-Reporter for the American Law Institute’s Recognition and Enforcement of Foreign Judgments: Analysis and Proposed Federal Statute, and she has testified in Congress on judgment recognition on several occasions. She has served as Adviser on three different projects of the American Law Institute: the Restatement (Fourth) of Foreign Relations Law, the Restatement of U.S. Law on International Commercial and Investor-State Arbitration, and the Restatement (Third) of Conflict of Laws.

On August 29, 2022, the European Union and Ukraine became Contracting Parties to the 2019 HCCH Convention on the Recognition and Enforcement of Foreign Judgments in Civil or Commercial Matters, commonly known as the Hague Judgments Convention, thus triggering its entry into force on September 1, 2023. Our article recently posted to SSRN, The 2019…