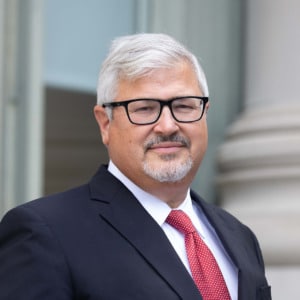 Jack Goldsmith (@jacklgoldsmith) is Learned Hand Professor of Law at Harvard University. He is the author, most recently, of After Trump: Reconstructing the Presidency and In Hoffa's Shadow: A Stepfather, A Disappearance in Detroit, and My Search for the Truth, as well as of other books and articles on many topics related to presidential power, terrorism, national security, international law, and internet law. Before coming to Harvard, Professor Goldsmith served as Assistant Attorney General, Office of Legal Counsel, from October 2003 through July 2004, and Special Counsel to the General Counsel to the Department of Defense from September 2002 through June 2003. Professor Goldsmith taught at the University of Chicago Law School from 1997-2002, and at the University of Virginia Law School from 1994-1997.

By Curtis A. Bradley and Jack L. Goldsmith