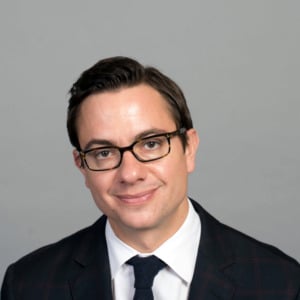 Anthony Colangelo is the Robert G. Storey Distinguished Faculty Fellow and Professor of Law at Southern Methodist University, Dedman School of Law and a Senior Associate at the Nautilus Institute for Security and Sustainability. His scholarly and teaching interests are in the fields of conflict of laws, civil procedure, U.S. foreign relations law, and private and public international law and theory. His articles have appeared in top general and specialty journals and have been cited and quoted at the U.S. Supreme Court, U.S. Court of Appeals, and U.S. District Court levels, as well as in U.S. Military Commissions, regarding, among other things, the scope of U.S. law relating to piracy, terrorism, child-sex tourism, military contractors, and human rights abuses. He has also partnered with the Nautilus Institute for Security and Sustainability with respect to the legality of use of nuclear weapons under international law.

Extraterritorial Jurisdiction and Conflict of Laws

In a forthcoming Article, I take the Supreme Court’s recent jurisprudence on the presumption against extraterritoriality and view it through the lens of conflict of laws. In so doing, I attempt to show how the presumption mirrors features of conflicts doctrine and makes some of the same mistakes conflict law already has made. This list…