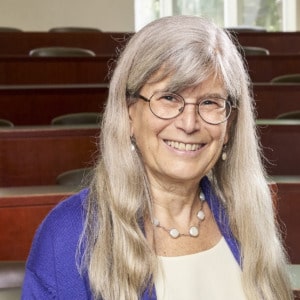 Suzanna Sherry is the Herman O. Loewenstein Chair in Law Emerita at Vanderbilt Law School. Suzanna's work in the area of constitutional law has earned her national recognition as one of the most well-known scholars in the field. The author of more than 100 books and articles, she also writes extensively on federal courts and federal court procedures. After graduating from law school, Professor Sherry was a clerk for Judge John C. Godbold of the United States Court of Appeals for the Fifth Circuit in Montgomery, Alabama, and then served as an associate with the law firm of Miller Cassidy Larroca & Lewin in Washington, D.C. She joined the Vanderbilt faculty in 2000 as the inaugural holder of the Cal Turner Chair, having previously served on the faculty of the University of Minnesota Law School since 1982. She was named the Herman O. Loewenstein Professor of Law in 2006 and took emeritus status in January 2022.

What Should Happen Next in Cassirer?

Most of the procedural questions that arise in domestic litigation have a counterpart in transnational litigation. In Cassirer v. Thyssen-Bornemisza Collection Foundation, the Supreme Court confronted the transnational counterpart to Klaxon v. Stentor Electric Manufacturing Co., a much-debated choice-of-law case decided in 1941. As Justice Kagan noted in her opinion for a unanimous Court, “[a]lthough…