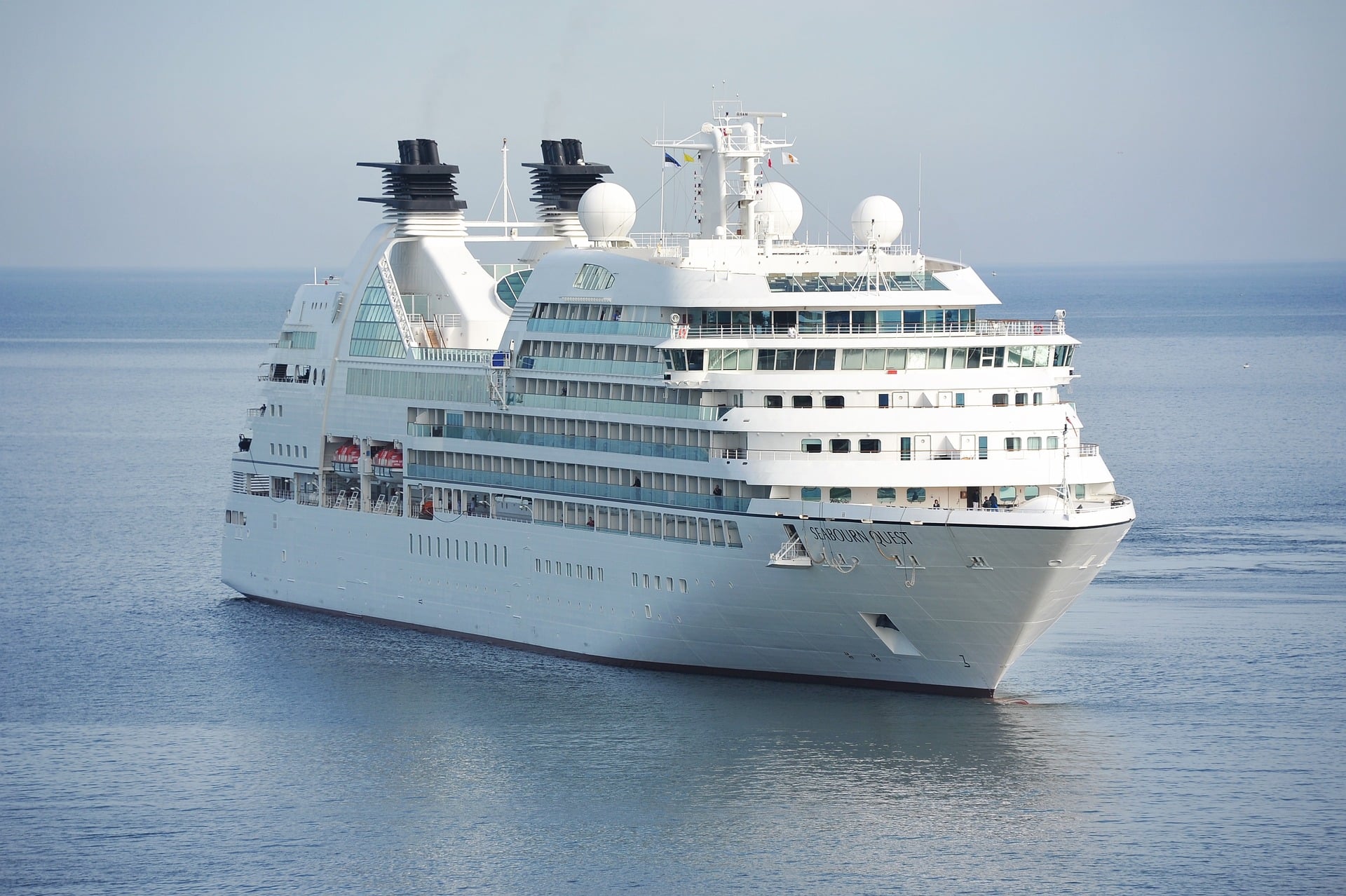 When I was younger, I loved the Choose Your Own Adventure books. The reader was constantly asked to make decisions. Did you want to explore the basement of the haunted house? If so, turn to page 10. Or did you want to investigate the spooky noise coming from the kitchen? If so, turn to page 14. I thought of these books recently when reading through forum selection clauses in cruise ship passenger contracts (as one does). In many cases, these clauses do not select just one forum in which to resolve disputes. Instead, they stipulate that the claims must be brought in THIS forum if certain facts are true and in THAT forum if they are not. I refer to such clauses as bifurcated forum selection clauses.

At first glance, a bifurcated forum selection clause bears a passing resemblance to a Choose Your Own Adventure book. There is, however, a key difference. In the books, the reader has agency. He decides what will happen next. The cruise ship passenger reading a bifurcated forum selection clause has no agency. The cruise company has already made all the important choices.

In this post, I showcase the variety of bifurcated clauses found in cruise ship contracts. I then explain that such clauses are more common in cruise contracts than in other types of agreements because the cruise industry is heavily regulated. When a cruise company is prohibited by statute from selecting its home forum by statute, it will bifurcate the clause to limit the impact of the statute.

To understand how a bifurcated forum selection clause operates, it is useful to begin with an ordinary, non-bifurcated clause. One can find an example of just such a clause prepared by Hurtigruten, a Norwegian cruise line. It reads as follows:

ANY DISPUTE ARISING OUT OF OR IN CONNECTION WITH THE PASSENGER TICKET, THESE TERMS AND CONDITIONS AND YOUR CRUISE SHALL BE DETERMINED EXCLUSIVELY BY THE COURTS OF OSLO, NORWAY, THE JURISDICTION TO WHICH WE AS THE CARRIER, AND YOU HEREBY SUBMIT OURSELVES.

If the passenger wants to sue Hurtigruten, it must do so in the city where the company is headquartered – Oslo, Norway. Nothing fancy. Nothing complicated.

Clauses that Hinge on the Ship’s Itinerary

MSC Cruises is an Italian cruise company. It is incorporated and headquartered in Switzerland, but its operations are based in Northern Italy. MSC’s ships sail from more than a dozen countries, including the United States. Its forum selection clause is bifurcated:

For all Cruise Packages where the Cruise portion of the itinerary includes any port in the USA or which embarks or disembarks in the USA (USA Voyages), the general maritime law of the United States shall apply supplemented by Florida state law on the subject of dramshop (alcohol) liability. Should any dispute of any kind or nature whatsoever arise between Passenger and the Company or Carrier, including but not limited to disputes regarding the interpretation or application of the present contract, or claims for loss, injury, death or damage, such matters shall be resolved exclusively by the United States District Court for the Southern District of Florida, or if such court lacks jurisdiction, then by a court of competent jurisdiction in Ft. Lauderdale, to the exclusion of any other court, venue or jurisdiction.

For all Cruise Packages where the Cruise portion of the itinerary does not include any port in the USA and which does not embark or disembark in the USA (non-USA Voyages), the applicable law to this Contract shall be Italian law, and such matters shall be resolved exclusively by the courts of Naples, Italy to the exclusion of any other court, venue or jurisdiction (emphasis added).

The clause is drafted this way because mandatory federal statutes regulate the terms of cruise contracts when the ship calls at a U.S. port. To avoid having an Italian court apply U.S. maritime law, the forum selection requires claims to be brought in a U.S. court the ship calls at a U.S. port. When the ship does not stop at a U.S. port, the clause stipulates that suits must be brought in MSC’s preferred forum – Italian court – and that that court must apply Italian law. If the relevant federal statutes were to be repealed, MSC would probably revise its clause to require that all suits be brought in Italy under Italian law. Until that day arrives, however, the cruise line will continue to bifurcate its forum selection clause based on the ship’s itinerary.

Clauses that Hinge on the Type of Claim

(i) All claims or disputes involving Emotional Harm, bodily injury, illness to or death of any Guest whatsoever including without limitation those arising out of or relating to this Cruise Contract. . . shall be litigated in and before the United States District Court for the Western District of Washington at Seattle . . .

(ii) All claims other than for Emotional Harm, bodily injury, illness to or death of a Guest . . .  shall be referred to and resolved exclusively by binding arbitration pursuant to the United Nations Convention on the Recognition and Enforcement of Foreign Arbitral Awards and the Federal Arbitration Act, 9 U.S.C. § 1 et seq., (“FAA”) in King County, State of Washington, U.S.A. to the exclusion of any other forum (emphasis added).

Why does the contract distinguish between types of claims? The answer lies in another federal statute. 46 U.S.C. 30509(a)(1)(b) forbids cruise companies from writing any provision into a cruise contract that would limit “the right of a claimant for personal injury or death to a trial by court of competent jurisdiction.” The effect of this statute is to bar the cruise company from requiring passengers to arbitrate personal injury claims. The statute does not, however, apply to other types of claims. If this statute were to be repealed, it seems likely that Holland America would revise its clause to require that all suits be arbitrated. Until that day arrives, however, the cruise line will continue to bifurcate its forum selection clause based on the type of claim asserted.

Clauses that Hinge on Subject-Matter Jurisdiction

The third and final example of a bifurcated forum selection clause states that a lawsuit must be brought in one court if that court has subject-matter jurisdiction and in a different court if the first court lacks such jurisdiction. The clause drafted by Carnival Cruise, headquartered in Miami, Florida, is a good example:

[Subject to certain exceptions,] it is agreed by and between the Guest and Carnival that all disputes and matters whatsoever arising under, in connection with or incident to this Contract or the Guest’s cruise, including travel to and from the Vessel, shall be litigated, if at all, before the United States District Court for the Southern District of Florida in Miami, or as to those lawsuits to which the Federal Courts of the United States lack subject matter jurisdiction, before a court located in Miami-Dade County, Florida, U.S.A. to the exclusion of the Courts of any other county, state or country (emphasis added).

Carnival would prefer, all other things being equal, to litigate in federal court. It recognizes, however, that the federal courts are (by statute and by Article III of the U.S. Constitution) courts of limited subject-matter jurisdiction. To address this issue, the company has a backup clause in its agreement stating that any claims not eligible to be brought in federal court must be brought in state court in the same city and state. Interestingly, the contract also contract a second backup clause that addresses a scenario were the county and circuit state courts in Florida lack subject-matter jurisdiction, i.e., when the claim asserted is for less than $8,000. In such situations the clause stipulates that the claim must be brought in small claims court in Miami:

Any and all disputes, claims, or controversies whatsoever, other than for personal injury, illness or death of a Guest . . . in which Guest or any other claimant asserts damages for less than $8,000 (excluding attorney fees, costs, and interest, which are not included to determine the amount at issue) must be litigated if at all before a small claims court located in Miami-Dade County, Florida, U.S.A. to the exclusion of the courts of any other county, state or country (emphasis added).

The ultimate goal of the original clause, the backup clause, and the backup, backup clause, of course, is to ensure that all claims filed against Carnival are resolved in a court located in the same city as its headquarters.

All things being equal, cruise companies would prefer to litigate their disputes in a familiar forum in their home jurisdiction. This explains why companies like Hurtigruten require all their passengers to sue them in Norway. In some situations, however, the ability of companies to realize these preferences is limited by statute. Where a mandatory federal statute regulates cruises calling at U.S. ports, restricts the arbitrability of certain claims, or limits the subject-matter jurisdiction of the federal courts, the cruise companies must adapt. In many cases, this adaptation takes the form of a bifurcated forum selection clause.

The Case for Attracting Litigation Business to the United States

Should the Federal Government Seek to Attract Litigation to the United States?